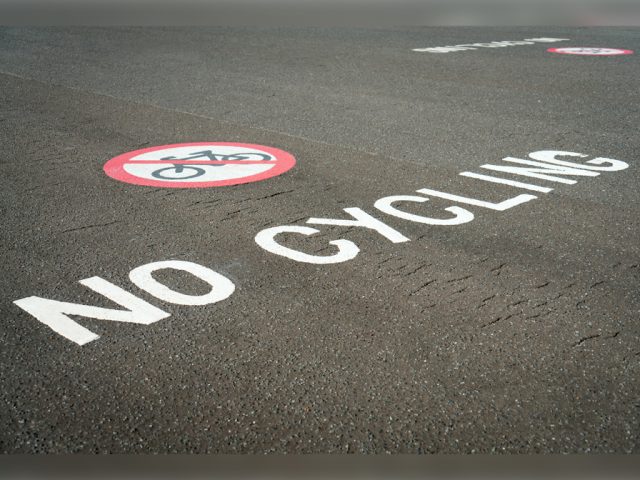 Bicycles, e-scooters and skateboards are set to be remain banned from certain parts of Bedford.

Council executive members have agreed to controversial Public Space Protection Orders (PSPO) that restrict their use, despite a public consultation showing Bedfordians did not agree with parts of the ban.

Local Green Party councillors also criticised the ban and also questioned whether the historic implementation of the PSPO might have been ethnically biased.

Under the orders, riding a bike will be banned through the main pedestrian area of Bedford Town Centre between 9am and 6pm.

A report presented to Bedford Borough Council’s Executive on Wednesday (March 2) said Public Space Protection Orders (PSPO) are designed to make sure the law-abiding majority can use and enjoy public spaces, safe from anti-social behaviour or unlawful behaviour.

It added that the prohibitions included in these PSPO are “proportionate, based on evidence, consultation responses and analysis and are necessary to address the ongoing issues within the specified designated location”.

Councillor Charles Royden (LibDems, Brickhill Ward), the portfolio holder for environment, highways and transport, introducing the PSPOs to the Executive, said: “I don’t think that anybody could seriously question the commitment of this council to promoting sustainable travel choices, including cycling.

“Only yesterday evening (Tuesday, March 1) I was looking at amazing plans to bring forward millions of pounds worth of investment in making cycling available for all, and accessible for all, in Bedford, and especially around the town centre.

“But we mustn’t allow cycling or dogs or scooters in places where they shouldn’t be, and we’ve consulted on these things.

“We have had a majority of 64 people in a public consultation who wanted [to] cycle, but we had overwhelming support from the businesses not to allow cycling on the pavements of pedestrianised areas.

“And we also had support from the police,” he said.

Councillor Doug McMurdo (Independent, Sharnbrook Ward) said that some people have claimed that cyclists will be forced into using A class roads by the Restriction Zone.

“We’ll have to come on to the A class roads to get into the area in any event.

“One actually said why are we discriminating against those in this
area and not including Lime Street?

“I think we possibly failed, if I might say, and I’m not encouraging would do it, but maybe Lime Street ought to have been included.

“Would you actually cycle in Centre:MK,” he asked

Councillor Henry Vann (LibDems, De Parys Ward), the portfolio holder for town centres and planning, said he had cycled through the town centre, in the rain, to get to the meeting.

“It had previously been effectively illegal to cycle through the town centre, and it has been made easier to do so by this administration,” he said.

“As cyclists, and as a council, I think it’s important we listen to representatives of those with disabilities, including those with visual impairments.

“I will be supporting the restrictions on e-scooters and inconsiderate cycling in
the limited number of pedestrianised areas, pavements effectively, in the town centre for the limited time for which has been proposed.

“I think we should reject this evening a false narrative, and emphasize that
Bedford is a pedestrian-friendly and cycle-friendly town,” he said.

Bedford mayor, Dave Hodgson, said: “What we have here is allowing us to enable our civil enforcement team to take action rather than it having to be police, who are stretched with doing a whole range of things.”

Councillor Louise Jackson (Labour, Harpur Ward) said: “I gave a lot of
thought to this because I’ve had a lot of representations, I’m sure we all have, on this matter.

“But I do think that the narrative is wrong, I think that people are left with the impression that you can’t cycle in Bedford town centre.

“That’s just not true because I’ve been doing it for years and the PSPO hasn’t
prevented me from doing that,” she said.

Before the executive were asked to agree the recommendations put to them, councillor Royden said “I’m pleased to have the support of Labour colleagues, our independent representative councillor McMurdo, even the leader of the Conservative Party [sic].

“I’m very sorry that our Green councillors have taken this position to try and paint this as some kind of ban on cycling, which it is not because, of course, we are very supportive of cycling we just want to keep people safe.”

As they are not members of the executive, Green councillors used the open questions agenda item earlier in the meeting to make various points against the PSPO.

“The council needs to be doing as much as it can to make active travel as easy as possible including cycling for elderly and disabled people to improve health
and well-being,” she said/

“Whereas, presenting cycling in itself as a blanket anti-social activity will do the opposite.

“And it appears already to be reducing numbers of people cycling within the
wider town centre,” she said.

In a reply, cllr Jackson said: “The Public Health team didn’t respond because it was an extension to an existing policy. Rather than a change in town centre’s cycling policy.”

Councillor Bywater added: “We have to think about how older people can extend their cycling lives, they might may have cycled their whole life, they may have got a disability.

“So I think a blanket ban is harmful,” she said.

Update: This article was updated on 4 March 2022 at 4:37pm. We corrected comments from Green Party councillors about their concerns of ethnic bias with the historic implementation of the PSPO.

Update: his article was updated on 4 March 2022 at 6:00pm. Questions from Green Party councillor Lucy Bywater were added at the request of the LDR.