At just 31, Ryan Henson is a young candidate by many people’s standards but he says he’s up for the challenge of making Bedford England’s leading county town.

Ryan isn’t from Bedford himself but has strong links to the town. His parents live in Brickhill and his grandparents are in Queens Park.

As he’s also now looking for a place to live in the town he spoke to the Bedford Independent about what he wants to achieve here, and how he’ll tackle some of the problems a modern Bedford is facing.

Many may say that it’s all well and good that he has links to the town and has chosen to live here, but an outsider representing Bedfordian interests may stick in the throats of some.

We asked him if he felt that not being a Bedfordian put him on the back foot? “We can’t help where we are born, but we can choose where we want to live,” says Ryan.

“Like thousands of others before me, many from much further away, I’ve chosen Bedford. My roots here are strong and in the days, weeks, months, and years to come I will be working day in, day out, listening and meeting with absolutely everyone I can to get a grip on those unique issues.”

Ryan may have an uphill struggle to prove it but he believes his background will stand him in good stead. He was raised in London social housing, leaving school at 16 with not much more than the prospects of a dishwashing job. In his early 20s he worked evenings and weekends to put himself through college, and eventually won a place at a Russell Group university.

Ryan was the first in his family to reach Higher Education. This has impacted on his policies and he now heads up an international development organisation that fights for the world’s poorest people.

“I am what I am, I don’t try and be something I’m not,” adds Ryan. “I think my story is one that many people in Bedford and Kempston will be able to relate to and identify with, it’s why I want to represent them.”

Chatting to Ryan he clearly has a passion for politics, and he says he wants to do what it takes to become an integral part of Bedford’s community. The process of electing an MP hopeful does allow for political parties to choose who they believe are the best candidates, some areas may not have anyone with the skills and experience needed to get the job done.

That being said, Bedford is a proud, close knit town. Ryan says he recognises that, “Unlike a lot of candidates, I never tried to get elected anywhere else, because nowhere else compares. Bedford represents the best of our nation’s past, present, and future.

“It’s independent, diverse, I’m half-Irish, my fiancée is half-Croatian, half-Lebanese, and in Bedford we feel at home. The schools are fantastic, the restaurants incredible, the pubs plentiful, the river is beautiful, and people here are genuine. Don’t take those qualities for granted, it’s rare. We’re close enough to London, but not too close to lose our character.

“I think Bedford and Kempston is one of England’s best kept secrets, and I want Bedford to be England’s leading county town.”

Ryan hopes to have a website and email address set up by the end of this week so people can contact him. 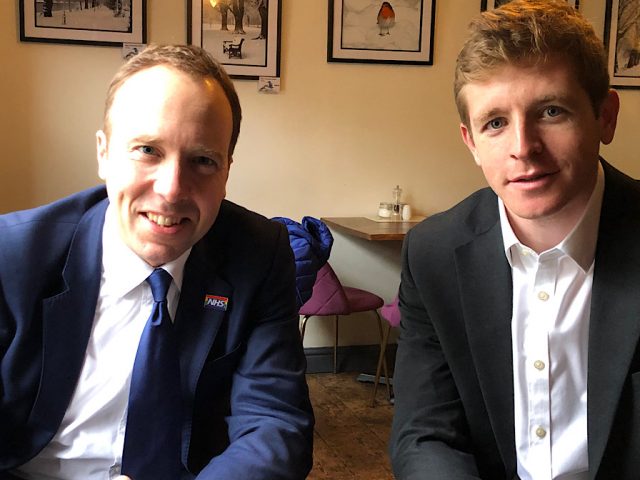 Secretary of State for Health visits Bedford with commitment to NHS