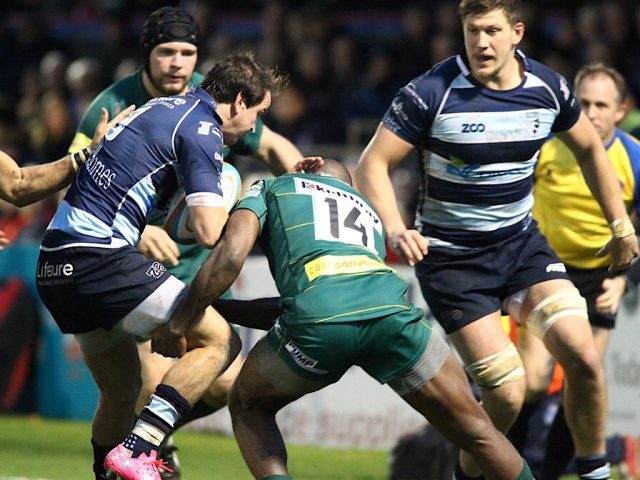 Bedford will be hoping it’s fourth time lucky this weekend as they welcome league leaders London Irish to Goldington Road.

The two sides have already met three times this season with the Exiles having come out on top in each occasion so far, but Bedford head into the game hoping to continue the form which hasn’t seen them taste defeat at home in the league since September.

Looking ahead to the game, Blues Director of Rugby Mike Rayer said: “All the indications are that it’s going to be our biggest home gate of the season and why shouldn’t it be, the league leaders are in town and people are still talking about our last home game where we all witnessed the most amazing game of attacking rugby.

“As a club we have always relished these occasions and judging by the way the lads have trained they are definitely looking forward to this one. We’ve shown plenty of resilience so far this season and now we need to channel the disappointment of last weekend into an 80min performance we can be proud of.”

Lee Dickson and Jake Sharp return as the half-back combination for the game against London Irish while there are four changes to the pack. Charlie Clare and Ben Cooper come into the front row, Will Carrick-Smith starts at lock and Oli Curry returns to the back row. Toby Trinder and Matt Worley return to the bench where they are joined by fellow Northampton Saints youngster Paddy Ryan who has joined the club on duel registration to offer backup in the back row.