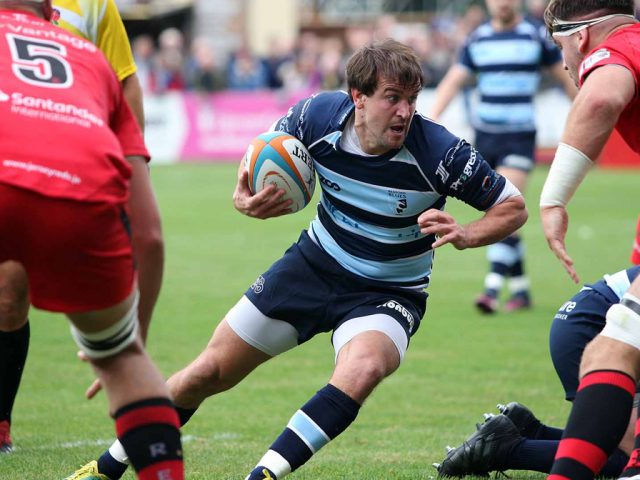 Bedford Blues have announced that scrum half, coach, and former England international, Lee Dickson will retire at the end of the season.

Dickson has had an incredible career that has included 18 England caps and Premiership and LV=Cup winners medals.

It’s a blow for the town both on and off the pitch as Dickson will also be leaving his coaching duties at Bedford Modern School.

He’s now heading to County Durham to take up the post of ‘Master in charge of Rugby’ at Barnard Castle School in County Durham, the school that both he and his brother Karl attended.

Speaking about his retirement, Dickson said: “This has really been one of the toughest decisions I’ve ever had to make and one that I haven’t made lightly. I’ve had two fantastic years at Bedford Blues and I can’t thank Mike Rayer, Geoff Irvine, the players, coaches and all the fans enough for their support.

“Ultimately, I always wanted to finish my career on my own terms rather than being forced into a decision and the timing feels right for both me and my family. I’ve been offered a fantastic opportunity to bring through the next batch of rugby stars and I’m really excited about the future.

“I’ve had a wonderful career, made some amazing friends along the way and loved every moment of it. Rugby has given me so much and I can’t wait to give something back.”

Dickson, joined Bedford from Northampton Saints at the start of the 2017/18 season and has made 40 appearances for the Blues scoring five tries.

This followed nine years and 250+ appearances for Northampton Saints between 2008 and 2017.

Lee featured in eight cup finals, including both the Aviva Premiership and Amlin Challenge Cup finals of 2014.

He was also a try scorer as the Saints won the LV= Cup for the first time in 2010 and again in the 2013 Aviva Premiership final.

Since his debut with England in 2012 he was capped 17 more times.

Blues Director of Rugby Mike Rayer said: “Lee has given his all for this club from the moment he joined and we can only thank him for the massive contribution he has made both on and off the pitch.

“It has been an absolute pleasure to work with Lee and everyone at Goldington Road wishes him and his family the very best for the future.”