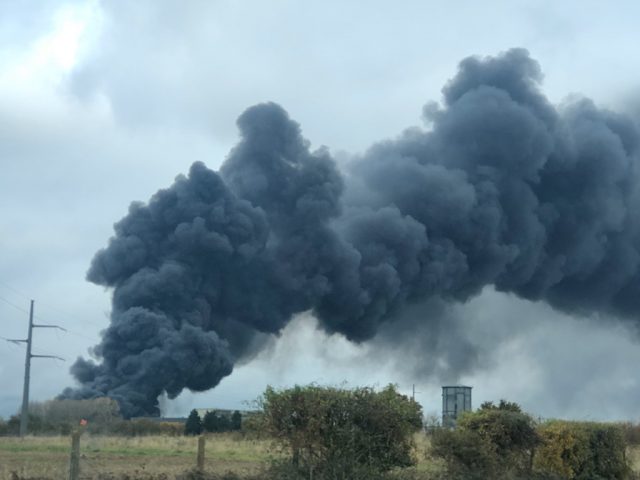 **This is a breaking news story, so updates are being added continuously. Please keep checking back for the latest news on the incident.**

Bedfordshire Fire and Rescue have confirmed that they are attending a large fire at Twinwoods Business Park on the outskirts of Bedford.  All personnel have been accounted for.

The fire – which as been classed as a major incident – is in a multi-story building.  It has reached four floors and eight fire engines are now on the scene.

The fire service confirmed that a large amount of plastic has been part of the blaze and are advising residents to keep their windows shut and avoid the area.

Update 4: It now a major incident. However good news in that all people have been accounted for. The building fire has reached 4 floors and 80% of building has been engulfed. Please close windows and avoid the area. #TeamBedsFire pic.twitter.com/A4W3pWFJPP

Update 3: Live footage of the fire. We’re sending water carriers to support with the scale of the incident. Our crews are on it. #TeamBedsFire pic.twitter.com/h8hAGsnmeC

The huge plume of smoke can be seen from miles around.

Bedfordshire Police are encouraging people to avoid the area for the time being.

On Twitter, @bedsfire stated, “We are currently in attendance at a large fire at Twinwoods Business Park in Bedford.

“We have five fire engines attending working on it alongside Beds Police.

“Please stay clear of the area for now. Further updates to come.”

We will keep the story updated as we gather further information.