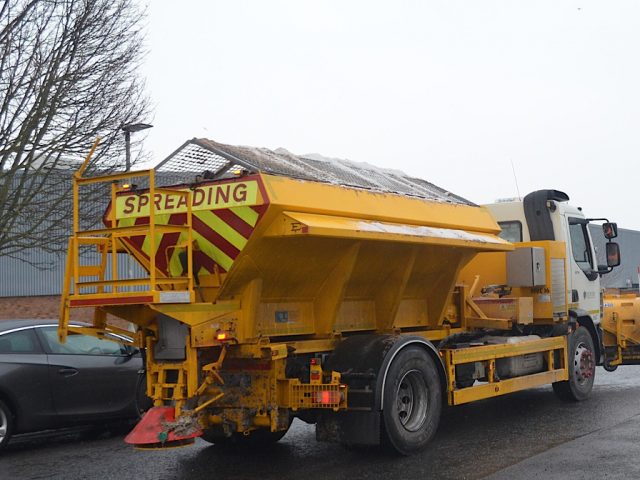 Gritting teams in the Borough are on standby following the Met Office’s yellow warnings for snow and ice this weekend and into the coming week.

Once again, Bedford Borough Council is reminding people to stay at home as much as possible and only travel if necessary.

Since the 1 January 2021, gritting crews have covered 480km of road, used an average of 60 tonnes of salt and been out for over 30 runs at all times of day and night on the Borough’s priority roads.

The salt spread by the gritter crews does not directly melt the snow. It works by traffic mixing it in to create a salty solution which doesn’t freeze as quickly as water, which reduces the build-up of snow.

With low levels of traffic currently using the roads due to the national lockdown, gritting is unfortunately less effective than normal as there are far fewer vehicles around to ‘traffic in’ the salt by crushing and spreading it across the road surface.

Cllr Charles Royden, Portfolio Holder for Highways said: “Our crews have been working really hard this winter with heavy snowfall seen recently and more being forecast for this weekend.

“Salting the roads is not working as well as usual with less traffic to crush the salt into the road surface, but our crews will be closely monitoring the forecast and will be heading out for all needed gritting runs across the weekend.

“With a yellow weather warning in place over the weekend and into next week, please be safe. Stay at home as much as you can, and travel carefully if you do have to go out.”

Visit bedford.gov.uk/winterupdates for forecasts and updates from the gritting crews throughout the winter.