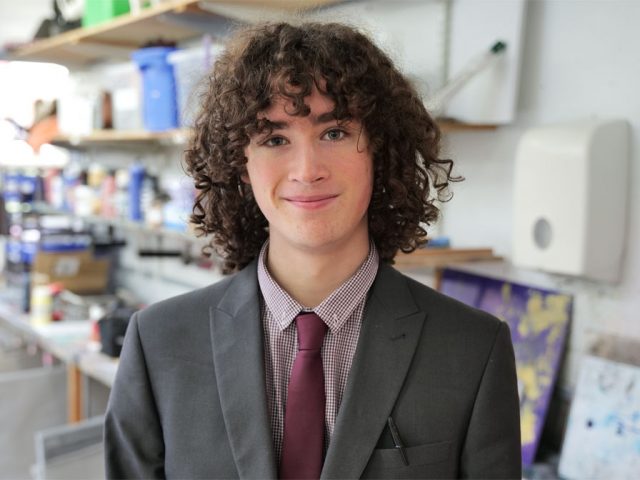 A Year 12 pupil from Bedford Modern School has won the top accolade for his age group in this year’s Young Animator of the Year (YAY) competition.

Ben Mullan – who is completely self-taught – was named the Best Stop-Motion Animator aged 15-18 in the competition, an initiative designed to showcase the talent of young animators in the UK.

Ben created his winning entry, ‘Insomnia’, after writing and recording the accompanying song in the summer holidays. The winners saw their films premiered at the Manchester Animation Festival on Sunday 14 November.

This is not the first time Ben has won an award for his animation. Since the age of 10, he has been entering and winning competitions and was recently interviewed by ‘Into Film’, a charity which champions film in young people’s education, as he was the first person to win their Film of the Month competition twice.

He also took part in a digital animation workshop this summer run by 3DAmi, a non-profit organisation promoting digital art amongst pre-university students, which is where he heard about the YAY competition.

“It began with an idea that came into my head at 2am one night when I was struggling to sleep and it grew from there,” said Ben.

“I really didn’t expect it to get so much attention and I am so pleased to have won. I hope to pursue animation as a career and would love to work for Aardman Animations in the future.”

In addition to the competition, YAY runs mini activities for keen animators and introduces children to sites like Krita and Blender, free tools which can be used for 2D and 3D digital modelling or animation.