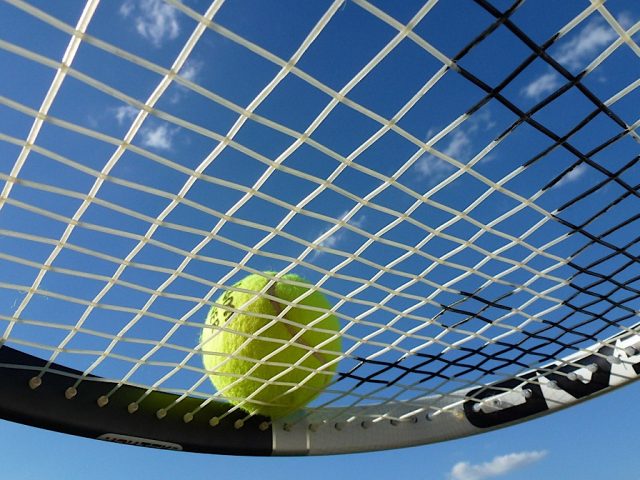 Playing tennis can be one of life’s more simple pastimes, for all you need is a racket and a ball, but if you want to play competitively, chances can often seem few and far between.

However, since 2005, Local Tennis Leagues Ltd have facilitated competitive tennis leagues across the country, with Bedford one of hundreds of towns and cities hosting its own competition.

Local Tennis Leagues Ltd was created in Highbury, London, providing a different way of playing competitive tennis without needing a membership to a club.

Research from the Tennis Industry Association UK (TIA UK) shows that of the 23 clubs surveyed, only two provided annual adult membership at under £500 per year.

This potential barrier to participation is a question the LTA (Lawn Tennis Association) have been trying to tackle for many years now, but the introduction of self-regulated competitions are starting to become more popular.

Self-regulated leagues the future of sport

Bedford itself has an abundance of free-to-use tennis courts across multiple public parks, and with the introduction of Local Tennis Leagues Ltd, now has a fruitful competition in progress.

Each round lasts approximately two months and Bedford has enjoyed 39 rounds since its inception, with Round 40 well underway and ending on 23rd March.

Bedford’s current round is led by Ian Holoweckyj with four victories in as many matches and while its too late to join this round, you can now join the next, with the deadline on 4th April.

Whether you are just starting out or have a single-handed backhand like Roger Federer’s, anyone can join the league, with matches self-organised to suit player’s ever increasingly busy lifestyles.

The International Tennis Federation (ITF) have also introduced a World Tennis Number system, giving each participant a ranking between 40 (recreational) to 1 (a seasoned professional), based on their ability and experience.

This gives each individual player an idea of how good their opponent will be, creating more equal matchups across the public tennis courts of the country.

For more information on how to get started, you can visit the league’s handy tips page at localtennisleagues.com/about/gettingstarted.

More information on Bedford’s leagues and current standings, plus information on how to sign up for the next round can be found at localtennisleagues.com/bedford.