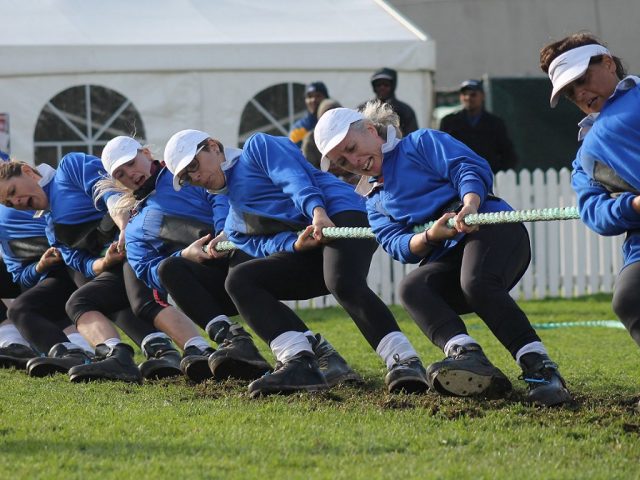 The 2022 National Tug of War Championships are coming to Bedford this weekend, as Kempston Hammers Sports and Social Club host a blockbuster event, with places at the World Championships on the line.

In the past, Tug of War was viewed as a male-dominated sport, but participation by women has been growing and a number of ladies teams are expected to take part at this year’s Championships.

The Bedford Ladies team have been involved in Tug of War since 1988 and they will be looking to defend the gold medals they won in all four ladies weight classes at the 2021 National Championships.

The team, who won Bedford Independent’s ‘Raising the Profile of the Town’ award at the inaugural Everyday Heroes Awards in April are once again looking to win a place at the World Championships, taking place in the Netherlands in September.

Tug of war teams from all over England will be taking part in the event, which will see teams competing for the gold, silver and bronze medals in men’s and ladies weight categories.

There will also be a mixed gender weight class up for grabs, with teams consisting of four men and four ladies each.

Each tug of war team will consist of eight pullers. The event is organised in weight classes, with teams weighing in the night before. Each team is not allowed to exceed the weight limit for each weight class.

Bedford Ladies will be representing Great Britain at the IWGA World Games this July, having qualified for the event at the 2021 World Championships, where they won bronze in Cape Town.

“We are very much looking forward to the National Tug of War Championships in Kempston this year”, commented Tug of War Association spokesman, Alan Knott.

“Tug of War is practiced at a serious level by our competitors, and whilst being amateurs, a lot of training and practice is required to be successful, and that will be evident when people come along to watch the event.

“We will have teams that have won World and European Championship medals taking part at the event, which should make for a very exciting Championship.

“English teams boast a proud record at International Tug of War, with England having won many Gold, Silver and Bronze medals over the past 50 years.”

This event will be used to select the teams that represent England at the forthcoming World Championships, with Bedford Ladies boasting a strong recent showing in national and international events.

Bedford Ladies member Tara Adams, who is helping to organise the event as well as taking part is excited for the Championships and is optimistic of defending the national titles.

“After winning the ‘Bedford Everyday Heroes Team Award’ 2021, it’s a great honour to be able to host the National Championships on home ground and put Bedford on the map.”

The championships on Saturday 18 June 2022 start at 9.30am and will run throughout the day. Entrance to the event is free for spectators.

The schedule of events is as follows: