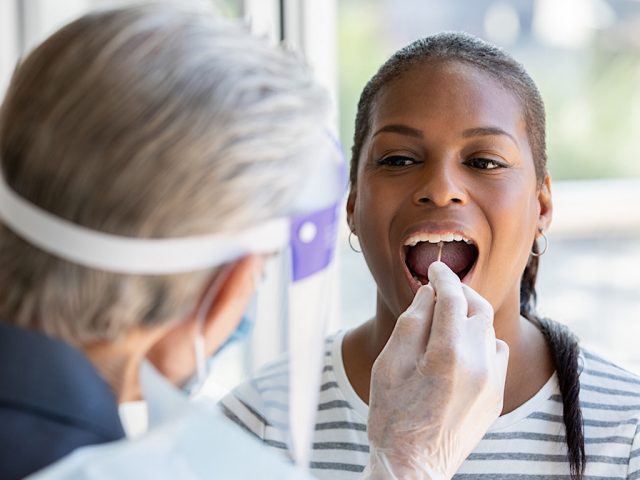 A Bedford based team say their work has the “potential to transform the global battle against coronavirus and other viruses” after they developed a ‘buffer’ to be used in testing kits, making them faster and safer while maintaining the quality of a viral sample.

The team at Life Science Group have worked with researchers at the University of Bedfordshire to develop second-generation ‘Stabilising Viral Inactivation Buffers’ for the safe transport of saliva or swab material from a patient.

Now in the final stages of development, the buffers, which sit in sampling tubes and inactivate any viral pathogens, have been formally validated by Public Health England who have confirmed they make the samples non-infectious and safe to handle.

Jenny Murray, Managing Director, Life Science Group Ltd, said: “The positive results coming through from Public Health England have confirmed the importance of this approach in the global battle against Coronavirus and other viruses.

“The benefits to the whole testing process are many and varied and include a safer and more effective way of handling a wide range of samples in the future.

“Other benefits include low toxicity, longer shelf life and the prevention of degradation of samples to reduce issues of false negatives. The buffers can be used with a variety of extraction protocols and, above all, will increase the safety, speed and ease of testing.

What’s more, the inactivation buffer is expected to work for other viruses such as Ebola and will have many different sample applications globally.

“The demand for localised safe and rapid molecular testing is clear and this product will help protect not just the public, but also those who handle and transport viral samples including the laboratory staff involved in the testing,” added Dr Robin Maytum, Principal Lecturer in Biomedical Sciences at the University of Bedfordshire.

“This approach is not only important for the high-tech testing environments found in this country but maybe even more so in less developed parts of the world which don’t have our established systems and processes.

“These buffers will facilitate the next generations of molecular tests as they are put into use, not just within the UK, but globally.”