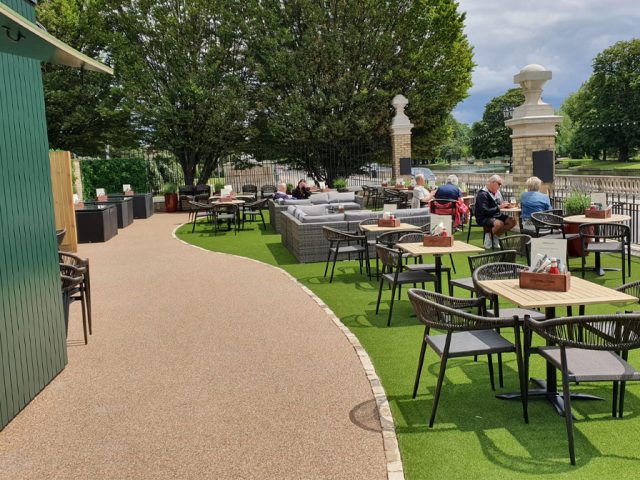 Bedford’s Swan Hotel unveiled its new look terrace bar this week (20 June) and the sun even came out to help show off the new look alfresco eating and drinking area.

The terrace bar has been upgraded as part of the hotel’s £5million redevelopment, which has already seen the former riverside restaurant transformed into a bright art deco style brasserie.

Read: Have you seen the new Pen & Cob at The Swan Hotel?

While designers say the two areas are an extension of each other, the terrace has its own dedicated kitchen, which will serve fresh pizza, salads and nibbles.

Its own dedicated bar will also serve cocktails and summer coolers, alongside an extensive gin and wine list, as well as draught beers, including being the first bar in the UK to serve Wainwright’s Altitude chilled cask ale.

Further work continues at the hotel with a new spa atrium with a sauna, steam room and food and beverage areas.

Owners Distinct Group will also be doubling the size of the residents’ lounge and refurbishing the remaining function spaces and all 113 guest bedrooms.