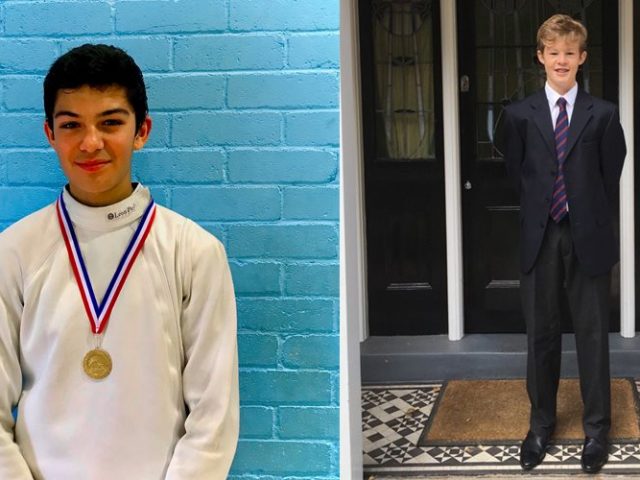 Two Bedford School boys are flying the flag for the town in their chosen sports, with one being selected to represent England and the other being accepted on a national training programme.

Thomas Raut has been ranked fifth in the country for Fencing in his age group, which means he will represent England in their squad this year. This follows his gold medal win at the recent Bedfordshire County Sabre Championship and first place in the U15 National Championships.

Meanwhile, Joshua Stewart has been selected for the U15 England Hockey Centre Programme (East). He’ll start the programme at the end of September with a hope he’ll be selected for the Futures Cup which is widely seen as a route to the England squad.