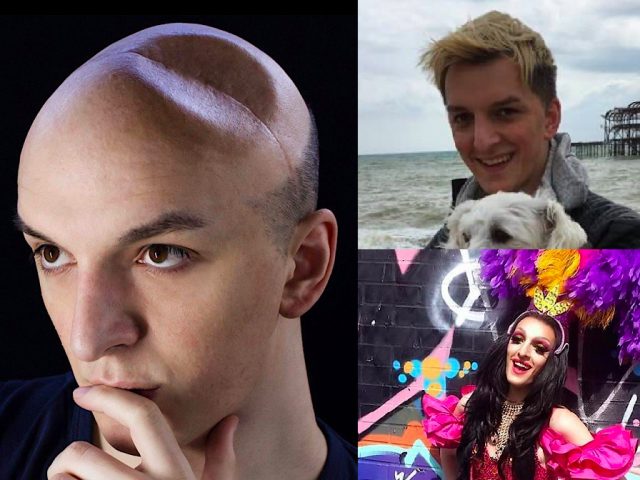 A 33-year-old Bedford man is among the 112,00 people affected by brain tumours who are demanding action from the Government today to fund research to help find a cure.

His story features in a report being circulated to MPs today (Thursday), highlighting the fact that brain tumours kill more children and adults under the age of 40 than any other cancer.

Historically, just 1% of the national cancer spend has been allocated to this devastating disease.

Life before and after diagnosis

Eddie was living in Brighton and forging a career as a drag queen when he was diagnosed with a grade 3 anaplastic astrocytoma in 2017 at the age of 29.

He was given a prognosis of three to five years and has said he now feels he is living on borrowed time.

Eddie told the Bedford Independent about his life before his diagnosis, his hopes for the future and how Bedfordians can make a difference to Brain Tumour Research’s campaign.

“I don’t know what caused the brain tumour, but one of the consultants said it’s likely it had been there for some time before I had the seizure in 2017.

“I’d always had terrible migraines and had begun to spend up to a week at a time in bed; I just couldn’t get up and get going, so had an inkling there was something wrong with me – although I did also think that perhaps I was just lazy.”

Eddie had moved to Brighton to pursue his drag career, after he came third in the pilot run of Ru Paul’s Drag Race UK competition.

“I’d moved down to Brighton off the back of the competition and had built up my drag career,” said Eddie.

“But I’d started forgetting what I was saying, losing my words and felt like I just wasn’t doing my job very well.

“I found that very, very difficult and had actually decided to give up my drag dream even before my diagnosis as – what I now know where symptoms – were making it impossible for me to perform.”

During Brighton Pride weekend, Eddie was getting ready to go out when he suffered a severe seizure in his garden.

His world was about to be turned upside down.

After having a CT scan, a nurse delivered the news that he had a brain tumour.

“She was very matter-of-fact,” said Eddie. “It was a shock, but I was relieved to find out what the problem was.”

After moving back to Bedford, Eddie began treatment which included an ‘awake craniotomy’ – a two-and-a-half-hour operation, “with people digging about in my brain while I was awake – not something I’d want to recreate anytime again soon.”

After the operation, Eddie says that he felt fantastic. “I didn’t realise how ill I’d been.”

However, this was to be short-lived. A life-threatening infection following the operation meant further surgery to remove part of his skull, leaving his head misshapen.

Eddie also has permanent hair loss as a result of treatment. He chose not to continue with a punishing chemotherapy regime and created this photographic self-portrait capturing his appearance post-surgery.

“A huge piece of my skull is now missing and I’ve never been the same since the second surgery,” he explained.

Despite saying he’d ticked off most things on his ‘bucket list’ before his diagnosis, Eddie had always wanted to live in London.

He enrolled at the University of West London to study photography and spent a year studying and living in the capital. However, once he moved there it became apparent that he couldn’t really be away from home for the longer term.

“I’m quite an optimistic person, but to be frank with you, I have one of the most aggressive forms of cancer and there’s only a 50/50 chance that I’ll live up to five more years and just a 12% chance that I’ll still be here next year,” he said.

“I hear about people living 10 to 12 more years, but there’s just no knowing as the brain is such a complicated and unpredictable organ.

“I still have seizures and there are times when I’ll have involuntary movements down my right-hand side, which are quite unsettling. But you want to protect other people, you don’t want to scare friends and family, so you try not to moan.

“I’m not really worried about death – I’m quite looking forward to the rest; but I am empathetic to how other people feel and it’s been a tough ride for everybody.” 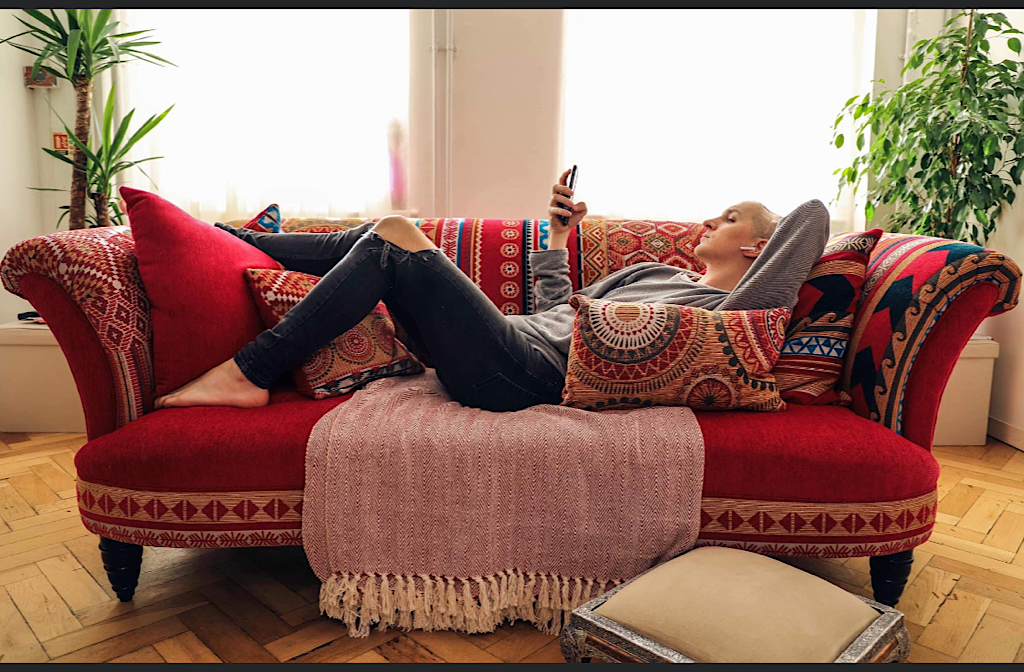 Eddie is now living with his mum, Julie, in her house in Bedford and says that he has two or three good days a week, but is unable to do a great deal due to the residual issues.

“I can’t drive, which limits me quite substantially, I’m an unreliable employee as I can’t guarantee how I’ll feel from one day to the next and if I do too much, walk too far or go somewhere too noisy it has a knock-on effect to my recovery days.

Laughing, he said: “To be honest, lockdown has really suited me and being the face of brain tumours is my current calling.”

How can you help?

This morning, Eddie was featured on Sky News to talk about today’s report and Brain Tumour Research’s demand for increased funding and recorded this message too:

Eddie is asking Bedfordians to write to their MP to ask for an increase in funding for brain tumour research.

“£35m a year funding would bring parity with other cancers such as breast and leukaemia which would help anyone diagnosed with a brain tumour in the future,” he said.

“The treatment I received is the same as the treatment you would have had 20 years ago and it will be the same again in 20 years if the funding isn’t increased.”

You can find out who your MP is here and Bedford Borough MP’s contact details are:

Brain Tumour Research is the only national charity in the UK singularly focused on finding a cure for brain tumours through campaigning for an increase in the national investment into research to £35 million per year, while fundraising to create a sustainable network of brain tumour research centres in the UK.

This increased commitment would enable the ground-breaking research needed to accelerate the translation from laboratory discoveries into clinical trials and fast-track new therapies for this devastating disease.

Eddie’s mum, Julie, said: “Edward has told me he isn’t afraid of dying but I am terrified to think about life without him.

“It seems so unfair that brain tumours kill more people under 40 than any other cancer. How can it be that there are so few treatments?

“They cut them out with surgery, burn them with radiation and then poison them with chemotherapy. Underneath all of this, there is a human being like my son. The treatment is barbaric and brutal and that is so, so unfair.”