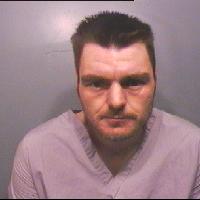 Carl Lawrence, 39, of Church Lane, was today (Thursday) found guilty of causing death by driving whilst unfit through drugs. William Joseph Corrigan, 38, of Sheeplands Walk, was killed in the afternoon of Wednesday 28 February 2018 after being hit by the silver Vauxhall Meriva being driven by Lawrence.

Lawrence was unlicensed and uninsured and had borrowed the car from his partner without her consent. He fled the scene after the accident but returned briefly. He left the scene again but witnesses spotted him and informed police who picked him up at his home later that day.

Lawrence told officers he thought he had collided with a dog. He tested positive for drugs on arrest.

Mr Corrigan’s family paid tribute: “William Joseph was a loving husband, dad, son and brother. He loved his music and was a gifted banjo player. He was hugely popular in the local area and will be sadly missed by all who knew him.”

Sergeant Paul Stanbridge, of the Bedfordshire, Cambridgeshire, and Hertfordshire Roads Policing Unit, said: “Those who make the decision to drive a vehicle other than in accordance with the law must accept the consequences.”