Sadly, frozen pitches, whilst essential for ice-hockey, are not conducive to the field version, meaning the early morning frost brought three postponements on Saturday, for the Ladies’ 4th, 5th and 7th XI’s.

However, the emergence of the sun, followed by rain, meant all the day’s other fixtures were still able to continue.

In the remaining Ladies’ matches, the Ladies’ 1st XI will be very pleased with their one-all draw away to top of the table, Wimbledon, whilst there were wins for the 3rd and 6th XI’s.

The 3rd’s secured a 1-0 victory over Saffron Walden and the 6th’s, a great 2-0 win over Letchworth who sit above them in the league table.

After last weekend’s draw, the Ladies’ 2nd XI meanwhile, will be disappointed to have gone 2-1 down to Cambridge University’s 1st XI.

All the other men’s matches, despite the weather, were still able to be played. The Men’s 2nd’s, in their away match against East London, held the London side to a 3-all draw.

The 3rd XI enjoyed a high-scoring encounter with Stevenage 1st XI, beating them 5-3, with the Bedford side sitting a healthy position in the table.

Whilst no goals were scored in the Men’s 4th XI match against Bishops Stortford, the 0-0 scoreline was a positive one for the Bedford team, with Stortford sitting higher in the table.

The Men’s 5th XI on the other hand, whilst still holding top of the table, will be very disappointed to have had their first loss of the season, a 3-1 defeat to Royston. They will hope to be back to their winning ways next weekend when they take on Rickmansworth.

The Men’s vets will also be disappointed with their 2-0 loss to St Albans. The Men’s 6th’s meanwhile excelled with a 3-0 triumph over Luton Town.

Possibly, the highlight of the weekend came on Sunday, when the Men’s 1st’s stepped out to take on Bromley & Beckenham.

Bedford found themselves 3-0 down at half-time and into the fourth quarter, with the clock ticking, 4-1 down.

Complete determination from the Bedford Men however, saw them pull themselves back into the game.

At 3-4, there were just minutes left of the match, when Bedford were awarded a penalty flick securing a thrilling 4-4 draw.

Fostering talent for the future, the Boy’s Under 18’s were also in action on Sunday in a friendly against Kettering. Whilst Bedford were first to score, Kettering soon equalised from a penalty flick.

Kettering then took the lead and whilst Bedford pulled a goal back, it was Kettering who took the match by 3 goals to 2.

Both sides demonstrated some absolutely fantastic skills, something even commented on by an England official overseeing the Men’s 1st XI match on the adjacent pitch. 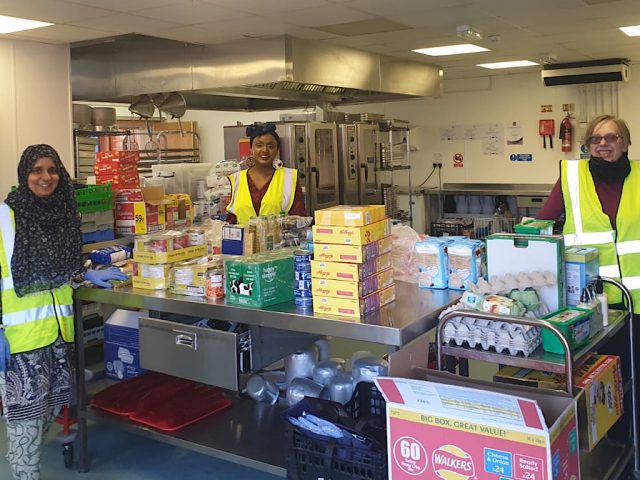