With Bedford’s first teams at either end of their respective tables, it was all to play for on Saturday, the Ladies having the potential for promotion to Division 1, whilst the Men are focusing on remaining in National League.

The gathered crowd, with many past and present players watching on, and enjoying the hospitality of President’s Day, were not disappointed.

The Ladies’ 1st team stepped out first, taking on Broxbourne, and it wasn’t long before Bedford took the lead with a penalty corner strike by Elli Priston, just 7 minutes into the first quarter.

Whilst Broxbourne pulled level early in the second quarter, the Bedford side pulled ahead again, shortly after the half-time restart, this time with a penalty corner goal by Beth Noble.

Yet again, Broxbourne levelled the scores however, meaning it all came down to the final 15 minutes of play. Two pressing offensives into the D each found Kate Costin perfectly positioned at the goalmouth to tip the ball into the net and ensure Bedford took the points with 4-2 to Bedford the final score.

Next out, the Men’s 1st team, taking on a confident St Albans side, and it wasn’t long before the St Albans team began to realise Bedford weren’t going to be the walk-over they had anticipated.

It was Bedford who opened the scoring, with a penalty corner goal 9 minutes in by Lee Hoggett. There was a feeling of déjà vu as St Alban’s equalised soon after to bring the scores level at the half-time whistle.

Unperturbed, Bedford took to the field again and re-grouped following the half-time team talk, responding with a flurry of goals, two penalty corner conversions, by Matt Chitty and Vincent Pretorious, and an open-play goal by Robert Tarrant.

Bedford allowed themselves to take the foot off the gas a little, as the clock ticked down, and St Albans were quick to take advantage, making a break and forcing a penalty corner in the dying minutes of the match to grab a consolation goal. The positive 4-2 victory will lift Bedford’s belief that they can take further victories over the coming weeks to ensure their position in National League Hockey.

The Ladies’ 1st’s head away next Saturday to take on Southgate, who sit one place below Bedford on the table. The Men meanwhile have another home fixture on Sunday, when they will be battling it out with Harleston Magpies, who are just one place above Bedford.

Other results across the Club’s senior teams saw plenty of goal action, although not all in Bedford’s favour. Whilst the Ladies’ 7th’s fought to defeat Stevenage with a 3-2 win and the Ladies’ 3rd’s held Bishops Stortford to a goalless draw, the 2nd’s, 4th’s, 5th’s and 6th’s unfortunately each took second spot to their opponents.

The men fared a little better, the Men’s 4th’s gaining a 2-0 victory over Bishops Stortford, the Men’s 5th’s holding Royston to a 1-all draw and the Men’s 6th’s defeating Berkhamsted by a goal to nil. The Men’s 2nd’s, 3rd’s and Vets losing out to their challengers.

The final action of the weekend involved a trek to Canterbury for the Ladies’ Masters Over 45s. Taking on the reigning champions in the Investec Women’s Over 45s Championship quarter-finals was always going to be tough, but Bedford stepped up to the challenge.

There was no doubt Canterbury were the stronger side, although Bedford were no walk-over, putting up a valiant fight.

At the half-time whistle, it was 2-0 to Canterbury. A slight change in field  setting paid dividends for Bedford, and the second half was much more evenly matched, Bedford having a number of goal-scoring chances.

Whilst Canterbury managed to slot in a third goal, Bedford showed that they weren’t ready to give up, and pulled a goal back. The Bedford squad can be incredibly proud of their performance – and relieved that they won’t have to trek to Greater Manchester for the semi-finals. 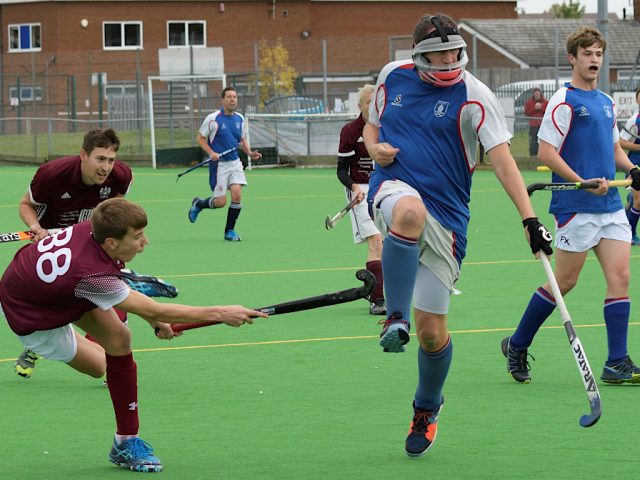 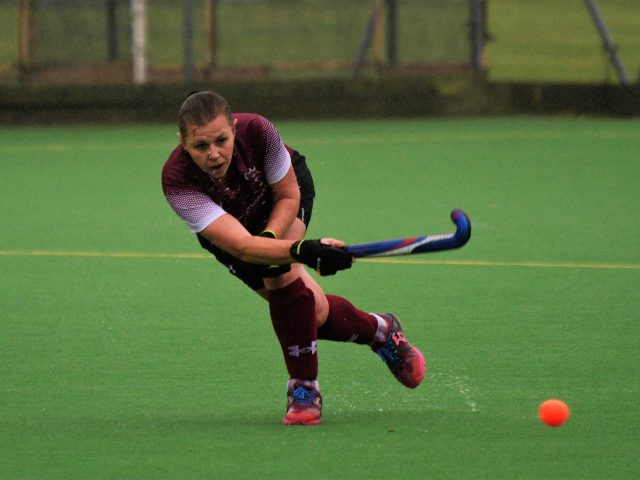