Bedford Ladies’ 1st’s continued their press to overtake Barnes in the table when the Bedford squad travelled to Southgate.

A stunning 5-2 victory ensued, with Ellie Scott opening the scoring from a field-goal, followed soon after with a second. Samantha Turner, Kelly Bingham and Elli Priston ensured the victory, with each converting penalty corner shots.

Unfortunately, Barnes were also victorious, beating Canterbury 5-0, and so hold their spot one place above Bedford and 6 points clear. Next Saturday, Bedford take on the Canterbury side at Bedford’s Chester Road ground, whilst Barnes are likely to take further points from their match against Horsham.

The final match of the League season, for the Ladies’ 1st’s should be a great spectacle, with Bedford having the home advantage, as they take on their Barnes rivals on 21st March.

The Men’s 1st’s played a home fixture against Harleston Magpies on Sunday in front of lively crowd.

The opening quarter of play saw both teams have goal-scoring opportunities, with end-to-end action. It was Harleston who were to open the scoring soon into the second quarter, after a drag-flick at a penalty corner struck Bedford defender, Rob Tarrant’s jaw on its journey into the back of the net.

Undoubtedly shaken by their player’s injury, Bedford let their guard down, Harleston taking the chance to net a second goal just a minute later, and a third just a short while after that.

It was Bedford who were to finish the first half on the up however, when a flying strike on goal by Alex Drummond, from open play, left the Harleston defence standing.

It was still all to fight for as the second half commenced, and Rob Tarrant returned to the field, patched and swollen, to join the battle.

Bedford had plenty of chances to pull back from 3-1 down, but all of their attempts headed wide of the posts, or safely blocked and cleared by the Harleston defence.

The Ladies’ 3rd’s,also secured a draw; 2-all against high-table East London, whilst the Ladies’ 7th’s put in a great performance to beat Letchworth 2-1. The Ladies’ 4th’s and 5th’s both had high scoring matches and both kept clean sheets; 4-0 for the 4s over Chiltern and a fantastic 7-0 victory for the 5th’s against Hertford.

The weekend also had the Ladies’ Masters Over 35s squad in action, trekking to Nottinghamshire for their match. Their phenomenal 6-0 conquest takes them on into the quarter-finals of the Investec Masters Championship.

The Bedfordshire Men’s Over 40s, including several Bedford Hockey Club stalwarts, headed to Bishops Stortford for matches against Suffolk and Essex, the results securing the Bedfordshire squad a route to the finals.

The Club’s Under 14 Boys demonstrated great tenacity and skills in their testing Division 4 Cup match against top of the table Spalding, whilst the Under 16 Boys came away with a 3-2 victory over St Neots in their England Hockey Championship match. 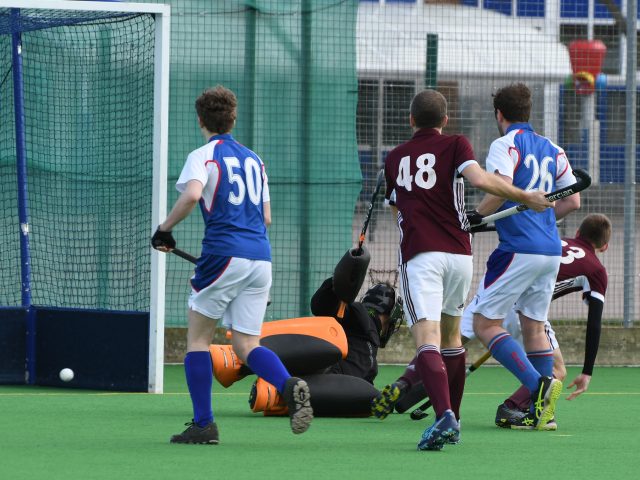