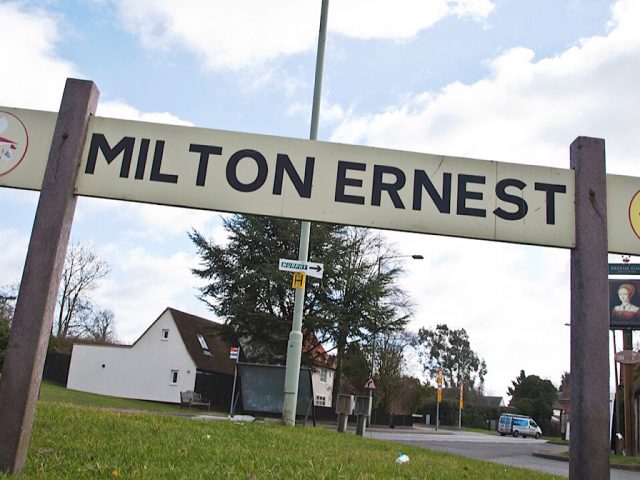 Neighbourhood plans written by local people and said to not just be about planning and delivering new homes but also “explain what is special about each parish”, have now been approved by local referendum.

Bedford Borough Council’s Executive was asked at its meeting on 24 November (Wednesday) meeting to consider the outcome of two referendums and, if appropriate, agree that two Neighbourhood Plans be ‘made’.

Bedford Borough mayor Dave Hodgson said: “Since the adoption of the Local Plan 2030, 18 months or so ago, we have witnessed many of our local communities making steady progress with the preparation for their own neighbourhood plans.

“Milton Ernest and Sharnbrook are the latest plans to have been supported by a local referendum and to reach the final stage where they become part of the strategy development plan.”

The mayor added that nine neighbourhood plans have been completed in the borough.

“Moving forward, these local plans, written and approved by local people, will provide a sound basis for detailing planning and delivery of much-needed new homes,” he said.

“But without exception, our neighbourhood plans are about much more than this.

“They explain what is special about each parish, setting out the matters that are important to local residents, and include policies on issues, such as local design, protection of heritage assets, designation of local green space, the protection of community facilities that serve local communities, and to help us support sustainable living.

“I’d just like to add that when I’ve read them, I always find them very interesting, talking about the history, the heritage, and the details about each village.

The report for the Milton Ernest Neighbourhood Plan said that 296 out of an electorate of 625 voted in the referendum (47 per cent turnout) and the votes in favour 158 and against 137.

Mayor Hodgson said: “The plan is aspirational, it clearly sets out the community’s vision to the area and how that might be achieved both through the planning process and also by other means.

“For example the improvements of local rights away, network partnership with Sustrans and the Highways Agency and the public realm improvements along the A6.”

The report for the Sharnbook Neighbourhood Plan, said that 541 (30 per cent)from an electorate of 1776 took part, and the votes in favour 457 and against 80.

Mayor Hodgson said: “The community has risen to the challenge of allocating a strategic development site that includes 500 homes, a site for a new school and community building, public open space and woodland.

“The new homes will be guided by the local Sharnbrook Housing Needs Assessment.

“We know ourselves that planning can be a contentious subject and everyone has a view but rarely those views are all the same.

“Finding consensus are not always easy, however once again the local community have shown their support for the plans written by local people for local people

“And I would like to congratulate both Sharnbrook and Milton Ernest on their successful completion,” he added.

The Executive approved the recommendations for both Neighbourhood Plans.