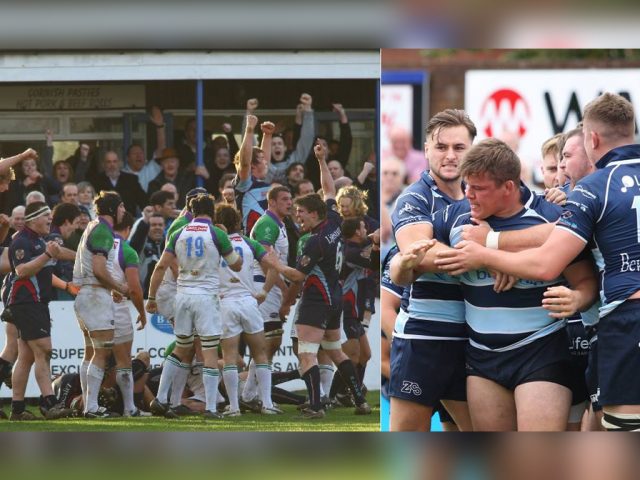 It was a tough encounter across the channel last week as Blues faced Jersey on their home turf, but now the boys are back at Goldington Road today they’ll be looking to get a win over old rivals, Coventry.

The Bedford side are just five points behind Jersey going into Round 13 and a win could see them draw alongside the Reds, who will themselves be facing top-of-the-table London Irish tomorrow,

Coventry will be raring to go after a close but impressive home win over Cornish Pirates (18-17) in their last game.

While the visitors lie seventh in the table, they’ll be looking to get the ‘double’ and beat us on our home turf, having already beaten Bedford earlier this season at their home ground, Butts Park Arena.

The two clubs and have a long history, having last met in Bedford in September 2009, when the Blues won 42-6, so there will be much anticipation for this weekend’s tie.

There are a few changes to the Blues’ starting line-up.

James Lennon and Jake Sharp form a new half back combination with Lewis Robling returning to outside centre and Pat Tapley starting on the wing.

Jacob Fields and Ben Cooper will be in the front row again, with Ed Taylor behind them and Huw Worthington at openside flanker. Mark Flanagan captains the squad. 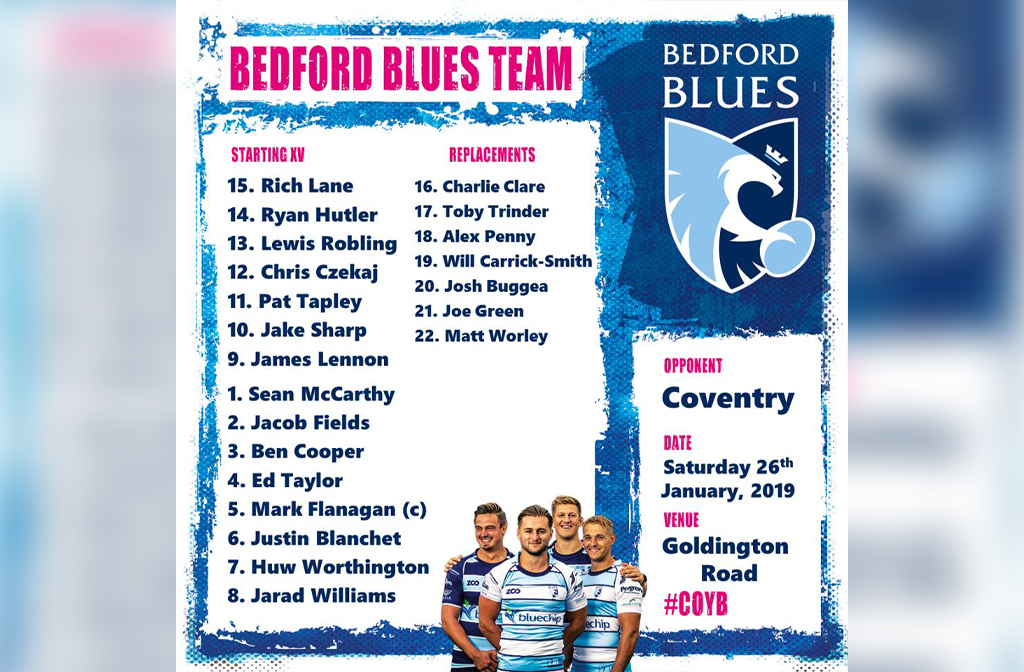