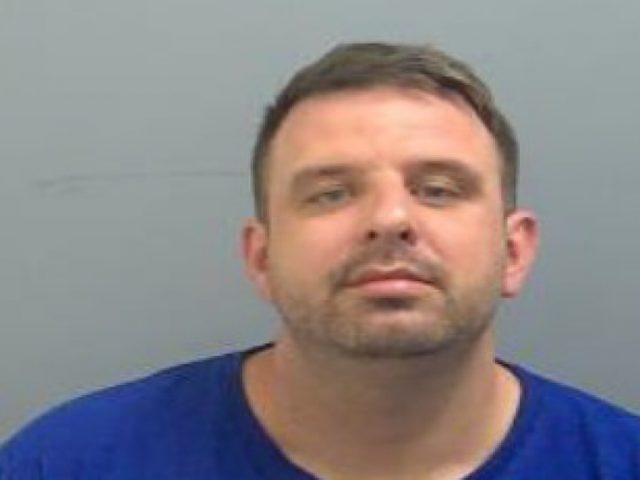 Kevin Eves, was jailed today at the Central Criminal Court in London for the murder of his baby daughter, Harper Marie Denton, while living in Wixams, near Bedford.

Eves, 37, of Coppice Farm Road, in Penn, High Wycombe, maintained his innocence throughout the trial but was convicted by a jury’s majority verdict yesterday (Tuesday) following a four week trial.

He must serve a minimum of 20 years behind bars.

An NSPCC spokesperson for the East of England said: “This a horrific case where ultimately a defenceless baby girl lost her life due to the brutal actions of the very man who should have been protecting her and our thoughts are with her family.

“Babies and young children are entirely reliant on those around them so we all have a duty to be alert to signs of abuse and report any concerns we may have.”

Baby Harper died on the morning of 12 June 2018, shortly after an ambulance was called to an address in Wixams, where Eves was living at the time.

Despite attempts by her mother to resuscitate her, Harper was pronounced dead shortly after arriving at Bedford Hospital.

She was found to have fractured rib bones, as well as fractures to bones in her arms legs and feet. Eves claimed to know nothing about.

Post-mortem examination were unable to determine a cause of death. But, evidence given in court said the injuries were consistent with smothering.

The pathology report also showed bruises and fractures on the baby were of differing ages and suggested a pattern of inflicted trauma.

Eves was found responsible for all baby Harper’s injuries.

Upon sentencing, the judge Her Ladyship Mrs Justice O’Farrell described the violent assaults that Harper was subjected to as “cruel, brutal and vicious.”

She said: “Unfortunately, you did not have the instinct to protect and nurture that most parents have; you were insensitive to the fragility of a young baby; you were unable or unwilling to put her needs before your own comfort; you had uncontrolled rage.

“You could be in no doubt that you had caused great distress and suffering.”

The judge took into account Eves’ previous conviction for causing grievous bodily harm to a two-year-old child in 2006, when he was living in Bournemouth and using his original name Kevin Forbes.

After being found guilty at Bournemouth Crown Court, he had been sentenced to nine years in prison before being released in 2010.

Eves’ case is subject to a Serious Case Review by Bedford Borough Safeguarding Children Board, which is due to be published shortly.

Miss Denton has continuously worked alongside the police by providing evidence within the trial.

In a statement, she said: “My beautiful girl had her future stolen from her by somebody that she should have been able to trust and count on for the whole duration of her life.

“A life that should have lasted longer than eight weeks.

“To have the desire to hurt any child is unimaginable. To seriously attack a defenceless child is barbaric.

“But to periodically hurt, injure and then murder your own daughter, continuously lie about it and shed disingenuous tears displays a level of malice, manipulation and disregard for the most precious gift that some people do not have the fortune to experience.

“My sweet, innocent baby, who was unable to talk nor defend herself, was murdered by her father.

“After he murdered her, he watched me, her distraught mother, desperately try to save her life.

“Knowing that hours earlier he had already succeeded in ripping this life away from her.

“Harper had a beautiful smile, one that would light up the entire room. The cheeky grin she owned was an indication of the personality she was developing.

“We will never even know what her laugh would have sounded like. We will never be able to give her a cuddle before waving goodbye at the school gates on her first day of school.

“We never got to sing happy birthday to her or watch her blow the candles out on her first birthday cake.

“We were never able to watch her face light up when she first saw a Christmas tree, but we know she would have loved it.

Detective Inspector Dani Bailey from the Bedfordshire, Cambridgeshire and Hertfordshire Major Crime Unit, said: “Today’s sentence is reflective of the deliberate and eventual grave actions of Kevin Eves upon his eight-week old daughter, whom he should have cared and protected from harm.

“He maintained his innocence throughout the trial through a catalogue of lies, for which I am grateful to the skill and expertise of prosecuting counsel Sally Howes QC for unravelling them and to the jury who saw through them to get to the truth.

“I am glad that we have been able to get justice for baby Harper today and that Eves was handed such a lengthy sentence, especially in light of his previous conviction.

“Having already been jailed for being violent towards one child, didn’t deter him from harming another child, which resulted in this poor defenceless little girl having her life cut short.

“Although the jail sentence can never bring Harper back, I hope it will be of some condolence to her family and those who loved her.

“This was clearly heart-breaking for all involved, especially Harper’s mother and the huge impact the loss of her baby daughter has had on her.

“Eves will now have to live with the sickening fact that he killed his own daughter.”