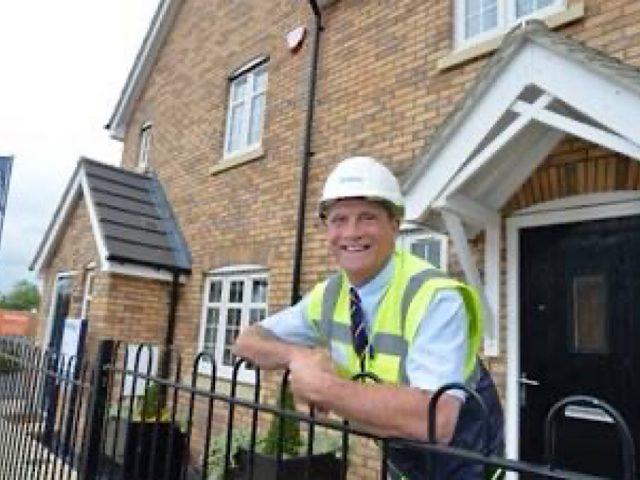 A building site manager in Bedfordshire is celebrating with his team after winning eight National House Building Council (NHBC) awards on the same Shortstown site in six years.

Alan Holmes has won the awards while working for Bellway Northern Home Counties on phases two and three of New Cardington in Shortstown, on the outskirts of Bedford.

The awards include three health and safety awards, four quality awards and a prestigious NHBC Seal of Excellence.

Alan, 58, is now the site’s project manager. He said, “It’s a big development, with 55 to 60 people on site at any one time, so I really have to say a huge ‘thank you’ to the team here. To follow success at the site, I enjoy organising barbecues for the team to celebrate.

“It’s nice to get recognition for the hard work and hours we put in, but I really get my job satisfaction from handing over the keys of a new home to a happy customer.”

Alan, who lives in the village of Lower Stondon, near Henlow with wife Elaine, spent 17 years in the Royal Air Force before working in his own property maintenance business.

He then went into site management, and after acquiring more experience, Alan went on to join Bellway seven years ago. “It was a very hard learning curve and still is,” he said.

“I had the leadership and management skills, but I also did a lot of new NVQs to help me to acquire my senior construction manager role.”

Alan is now working at Bellway’s Eastcotts Green development, which is providing new two, three, four and five-bedroom homes as part of the larger New Cardington neighbourhood. The new community has a purpose-built ‘village centre’ with a local supermarket and pharmacy.