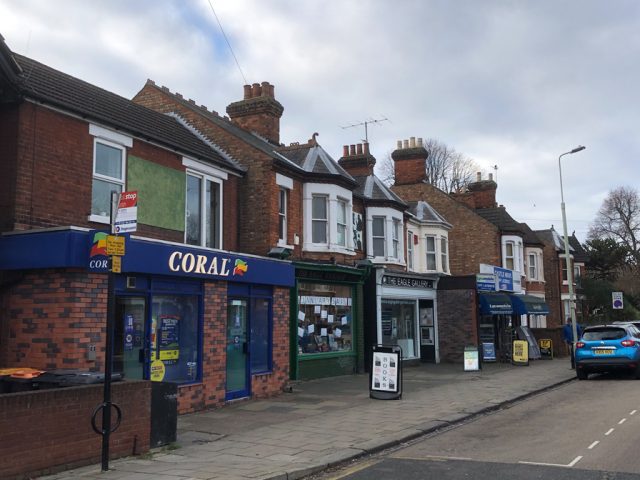 The Coral betting shop on Castle Road, Bedford was robbed on Sunday (13 January) by a man holding what is believed to be a gun.

Just after 8pm, the man entered the shop, between Howbury Street and Bushmead Avenue, threatened staff and demanded money from the tills and the safe.

He left with over £600 in cash and is said to have headed towards Howbury Street.

The man is described as black, approximately 6 foot tall and of slim build and was wearing a red puffa jacket, grey trousers, trainers and a balaclava.

Detective Sergeant Simon Oldfield, investigating, said: “This was a distressing incident for staff, and we’re following a number of lines of enquiry to trace the man responsible.

“As part of our enquiries, we’re urging anyone who was in the Castle Road area at the time of the incident, or anyone who may have seen the offender in the area, to get in touch. Your information may prove vital to our investigation.”

Witnesses or anyone with information is asked to call 101 quoting reference 356 of 13 January. You can also give information online by visiting www.bedfordshire.police.uk/report.

Investigation into Redwood Grove explosion may begin earlier than expected