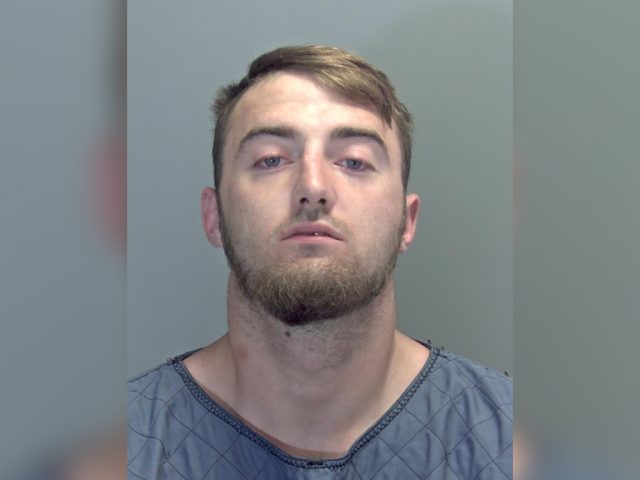 A man already locked-up will be there a year longer after he arranged for drugs and syringes to be smuggled into Bedford Prison.

Joseph Searle, 25, was found guilty of intentionally encouraging the commission of an indictable offence, and transmitting images from a prison without authority.

Searle was sentenced after incident at HMP Bedford in 2017 when prison staff discovered nearly 100 grams of cannabis and two syringes hidden in trainers brought in by his ex-partner.

Searle, using an illegal mobile phone, had been contacting his ex and encouraging her to smuggle items into prison for him.

Her electronic devices were seized and messages between here and Searle from September to her arrest were discovered on her phone;

Searle received a one year sentence for the commissioning of the offence, and six months for transmitting images from a prison without authority, to run concurrently.

Detective Constable Sajid Saddique, who investigated the case, said: “This was a direct result of a discovery made by diligent and committed prison staff members, and we will continue to work with them to put a stop to this type of offence.

“Searle has now had further time added to his prison sentence, which hopefully he will spend reflecting on his actions.

“I also hope that the suspended sentence served to his ex-partner will serve as a deterrent to anyone who is planning to bring restricted items into prison.”