November: The outpouring of sentiment in relation to Remembrance recently, was the culmination of four years of reflection mirroring the events of the Great War one hundred years after the event.

Whilst there will be many more Remembrance Sunday’s to come, I doubt that any will have quite the poignancy that the anniversary of the War to end Wars has had. I was privileged to attend one of many services and memorials held across the whole constituency in villages and towns in NE Beds.

I spent many such Sunday’s at a war memorial in my home town, which had a view of a footpath, leading up a hill. I stood with my wreath, sang hymns, said prayers and glanced up that path. I could see in my mind’s eye two boys at play, arm in arm walking up the hill, laughing and just being boys. 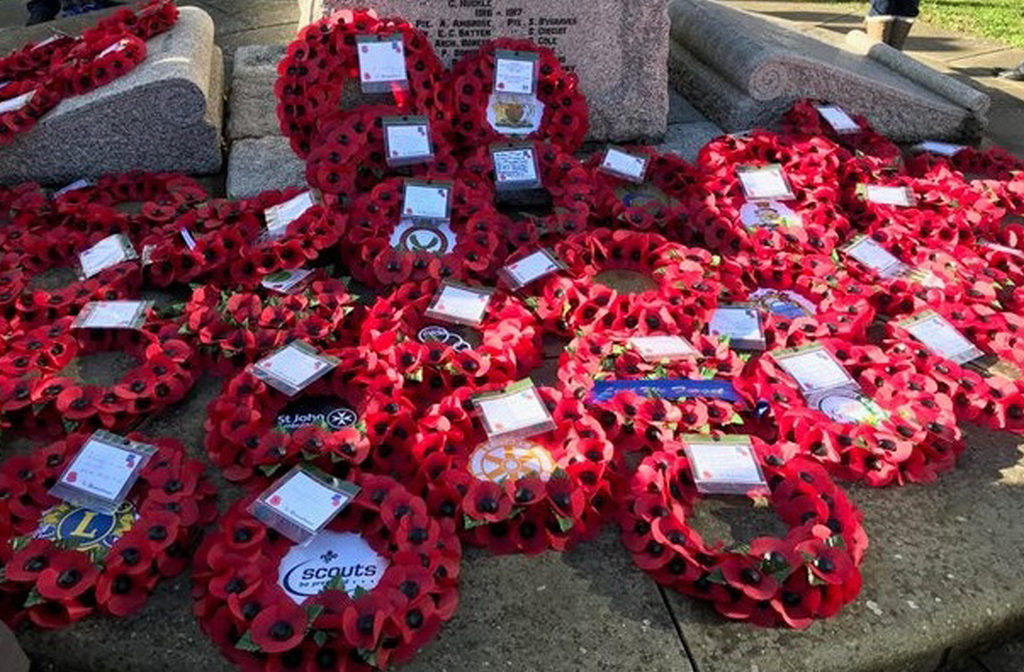 I then saw them again, still arm in arm, just a handful of years later, as they departed in uniform from our railway station to France. They would not return to their home, though their names would grace the memorial in front of me for ever. It made me weep, and it still does. This year I read out the names of those lost with a Council colleague – a poignant moment.

Over my lifetime we have gently recovered Remembrance solely from the great and the good, to the stories of the everyday men and women from many of our families. Their lives and experiences, captured in oral histories, and in the artefacts that used to be tucked away in drawers and attics have given us an awareness of conflict away from the dates of battles or politics.

In their experiences we have also recognised the lives of those on opposing sides too, to better understand the common humanity too often lost. Blinds were drawn down in many more shires than our own.

There is no law that says the world has to be in conflict. Let us dedicate ourselves anew to the memories of those who gave so much for us.

This is a monthly guest column provided by
Alistair Burt MP and published unedited.