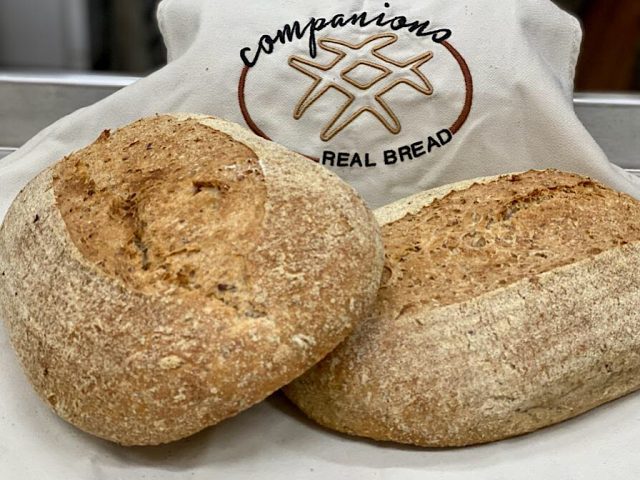 After six successful years, Companions Real Bread has announced that it has ceased trading, citing rising costs and operational issues.

The social enterprise began life in 2016 at an industrial unit in Kempston, supporting the rehabilitation of ex-offernders referred by police and probation services.

The bakery offered work experience, training and support to those determined not to re-offend.

In 2017 they moved into ‘pop up’ premises in the Old Fire Station on Mill Street, eventually finding a more permanent home in The Gallery on Howard Street.

Over the last six years, more than 50 ex-offenders have benefited from volunteering with Companions, alongside others who faced different barriers to employment, such as disability, caring responsibilities, poor mental or physical health, and some who just wanted to give back to their community.

In a press statement, the charity said: “Unfortunately, recent operational challenges, compounded by the increasing costs of energy, ingredients and the impact of the cost of living crisis on customers, has made trading extremely challenging.

“Companions would like to express their gratitude to all their funders and all their loyal customers. The Gallery Café has taken on some of the Companions’ staff and will continue to provide real sourdough bread.”

“It’s hard for people to change behaviour at the best of times, but without a community of support and positive activity to keep your mind off old ways, it’s much, much harder.

“We would like to think that Companions can come back to offer support in some other, maybe less challenging way, but it’s a case of watch this space.”