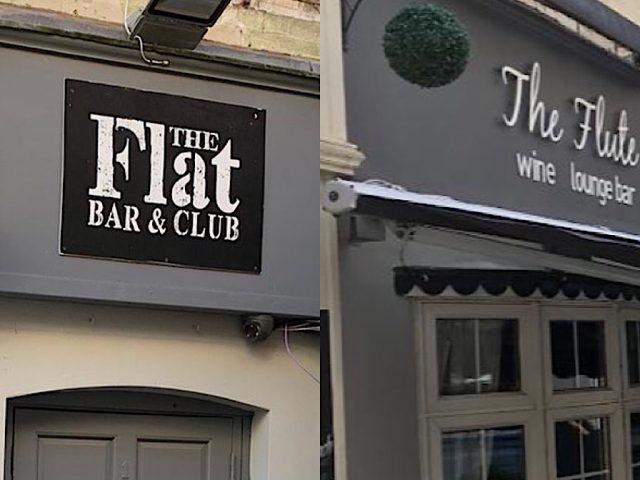 A bar owner in Bedford is considering taking legal action against Bedford Borough Council after a red tape admin error meant they were ineligible for a coronavirus business support grant.

Luca Magliaro owns The Flat bar and night club on Ram Yard, next to The Flute wine bar which is owned by his son, Lui.

The businesses are separately owned and, until March, the father and son believed them to have separate rates bills.

However, because of an error made by the Valuation Office Agency (VOA) three years ago, both businesses share one rates bill. Bedford Borough Council says this means they only qualify for one £10,000 grant.

“The council has agreed they are two separate businesses, but because we were on their system as one ratepayer, my father doesn’t qualify for the grant.”

Both businesses are also below rateable value and are therefore exempt from paying business rates.

VOA apologised for the error

it wasn’t until Luca and Lui applied to the council for the government grant that they discovered the VOA error.

As soon as they were made aware they contacted the VOA to ask them to retrospectively change their records.

“Within two weeks the VOA office had given my father a rateable value certificate and apologised to him. Despite this, we’re still going round in circles.”

Borough Councillors have leapt to also criticise the Council’s policy.

Cllr Ben Foley (Green), Castle Ward, said: “It is frustrating when the council’s rhetoric of support for local independents is undermined by mistakes.

“Bedford town centre needs to be more than an endless sequence of flats and empty shops left by departing chain-stores.”

Mohammad Yasin, MP for Bedford and Kempston, has also offered his support.

“My office is still awaiting the details of this particular case and I will of course be happy to communicate with Bedford Borough Council about this matter,” said the Labour MP.

Luca and Lui aren’t the only businesses facing this issue and had hoped that a precedent set by Croydon Council, would help their case.

Researching a similar issue, Croydon Council consulted with the Department for Business, Energy & Industrial Strategy (BEIS) and Ministry of Housing, Communities and Local Government (MHCLG) for London and South East.

They were told they could pay business grants to businesses that were liable to pay business rates as of 11 March 2020, even if the business was not yet registered.

The Magliaros have now instructed specialist business advisors to help them challenge the council’s decision.

“The Valuation Office Agency updated and corrected their property listing and backdated this change to the 2nd May 2017,” said Steve Adams of Business Rates Advisors.

“On the 27 June, the Valuation Office Agency notified Bedford council of the property listing changes.

Business Rates Advisors have now written to Bedford Borough Council to challenge their decision, providing them with information sent from Croydon council.

Steve added, “Croydon council wrote to Business Rate Advisors stating that they can pay business grants to businesses that were liable to pay business rates as of 11th March 2020.

“Even if the business was not yet registered as of that date, or if the property listing had been changed after 11th March 2020,” he said.

A spokesperson for Borough Council said, “Each grant application is assessed on its specific circumstances.

“The Council can and does pay grants where we have reason to believe that the information that we have about the businesses on 11 March 2020 was inaccurate.”

However, the council has highlighted further reasons why they believe the additional grant isn’t justified.

“The Council is only permitted to pay one grant per listing on the business rate register,” added the council spokesperson.

“As part of the coronavirus business support grants, and in accordance with the Government guidance, the owner of The Flute was awarded a £10,000 grant.

“Entirely at the Council’s discretion and in recognition of the struggles that businesses are facing, a grant of £4,000 was paid to The Flat Bar and Club Ltd from the discretionary fund provided by the Government,” they said.

“Since March, The Flute has been subsidising The Flat, which has just sat as an empty room,” said Lui.

“The whole process has been very frustrating,” said Lui. “My father is 63-years-old and has spent the last six months worrying about his business.

“All our applications were put in well within the deadlines, we’ve provided all the information the council have asked for, but we feel like we’re just going round in circles.”

In a statement, the Department for Business, Energy & Industrial Strategy (BEIS) said, “the guidance says that any change would need to have been factually clear to Local Authorities on 11 March.”