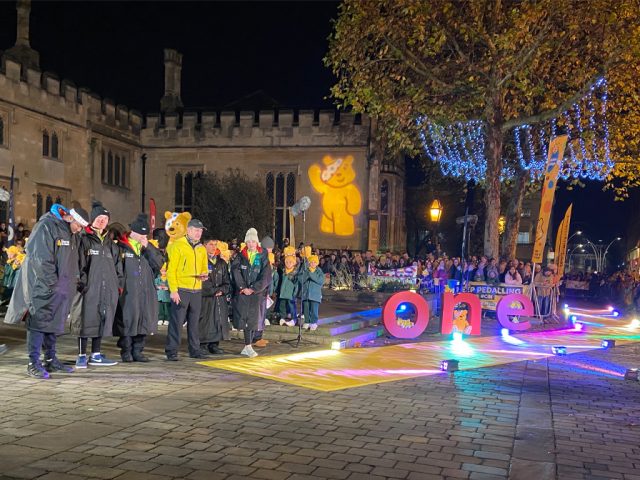 Bedford’s Harpur Square was packed last night (Thursday) as Matt Baker and the Rickshaw Challenge team arrived in Bedford, their last overnight stop on their 400 mile journey from Holyhead to London.

BBC’s The One Show broadcast live from Bedford as Emma took the Rickshaw over the Bedford finish line where team mates: Josh, Adelle, Kelsey, Thomas, Uche and Matt were cheering her on.

Speaking to the crowd, Matt Baker said they’d be “feasting on Bedfordshire Clangers tonight” as a reward for the hard work.

Matt Baker later told the Bedford Independent, “The turnout at Bedford tonight was so welcoming after a really tough, cold and wet day on the road.

“Seeing everyone out in support really does give myself and Team Rickshaw the motivation to keep peddling!

Also at the finish line were the Pilgrims School Choir singing ‘A Million Dreams’. Mum’s of the young singers joined the Bedford Independent in the media area.

One mum, Fizzy Egan, said: “They’ve been practicing so hard… I am crazy proud. My little girl is singing to a nation when she should be going to bed.

“But they’re learning about charity and that they should raise money for other people.”

The Rickshaw Challenge started in 2011 with Matt Baker cycling a rickshaw from Edinburgh to London in eight days, raising over a million pounds.

Since then, groups of young people previously supported by BBC Children in Need have taken on the challenge.

The challenge has now gone on to raise over £25million

To donate to the Rickshaw Challenge, head to their fundraising page. 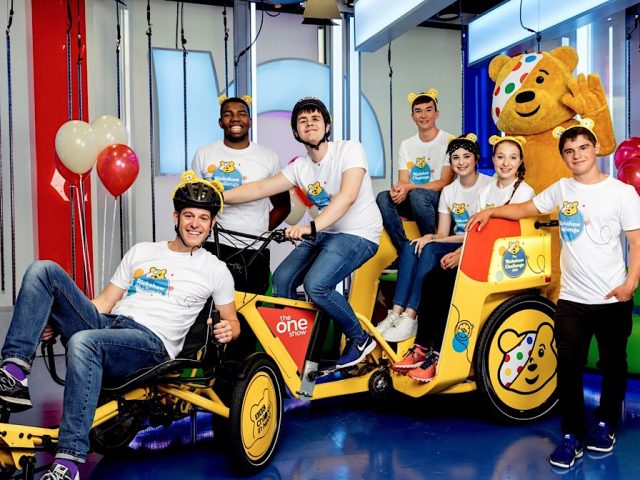