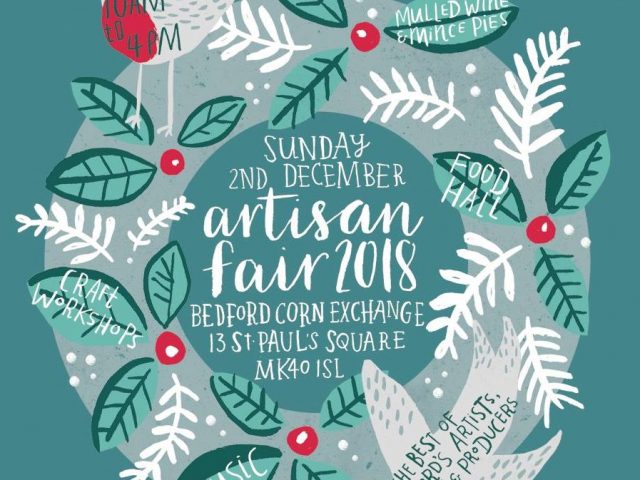 It’s Fri-yay! There’s a feast for theatre lovers this weekend in Bedford, with productions at the Quarry, the Place Theatre and the Corn Exchange on Friday and Saturday. Small Business Saturday and the Christmas Artisan Fair on Sunday are the perfect excuse to kick off your Christmas shopping in Bedford. Let the weekend planning commence…

The 39 Steps at the Quarry Theatre is a co-productino featuring students from Bedford School, Bedford Girls’ School and Mark Rutherford School.  Based on the novel by John Buchan and the Hitchcock film, actors play over 100 different characters in this brilliant staging of ’39 Steps’ set in London,1935.  The student actors’ multi-role episodes and comedic use of props will be sure to have you laughing out of your seats!  Tickets: £10 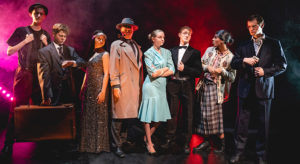 Over at the Place Theatre, Toffee Apple Youth bring their production of Beauty and the Beast Jnr. Based on the original multi-award-winning Broadway production this is a fantastic adaptation of this classic story of transformation and tolerance featuring plenty of well-known songs.  The classic story tells of Belle, a young woman in a provincial town, and the Beast, who is really a young prince trapped under the spell of an enchantress. If the Beast can learn to love and be loved, the curse will end and he will be transformed to his former self. But time is running out. If the Beast does not learn his lesson soon, he and his household will be doomed for all eternity. This show is suitable for all ages. Tickets: £13 (£11) 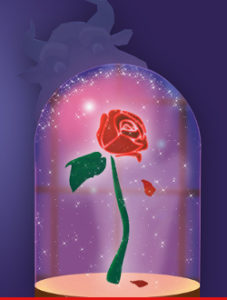 The Corn Exchange hosts Rare Productions’ The Wizard of Oz this Friday and Saturday (including a Saturday matinee at 2.30pm), featuring many of the unforgettable songs from the classic MGM musical.  After a tornado whisks away a young Kansas farm girl, Dorothy, to the magical land of OZ, she starts her quest to find the mighty Wizard of Oz who has the power to send her home. Along the way she meets a Scarecrow, a Tin Woodsman and a Cowardly Lion who help her on her journey. Tickets: £16 (concessions £14) 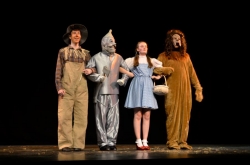 Ahir Shah returns with a new stand-up show at the Harpur Suite about all the important stuff: life and what comes after, death and what comes before, and Bohemian Rhapsody. Shah’s last show, Control, was nominated for Best Show at the 2017 Edinburgh Comedy Awards. This was followed by a UK tour, including three weeks at London’s Soho Theatre. Tickets: £12

Tonight at Esquires, Ska-reggae collective New Town Kings are an Essex-based band of upstarts who emphatically blend old-school Jamaican rhythms with a fresh dose of UK- inspired ska.The nine-piece’s first musical offering, 2007’s ‘Sound of the New Town’, demonstrates their expert ability to create party-fuelled ska anthems – with offbeat guitars and swirling horns aplenty. Don’t just take our word for it; they have gained the attention and approval of reggae royalty, David Rodigan MBE.  Support comes from two of the areas finest, with Easydread and Karl Phillips & The Rejects taking to the stage. Tickets: £10 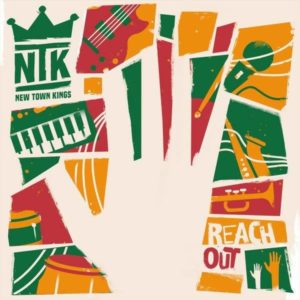 Help support our Shop Local Bedford campaign during today’s Small Busiesss Saturday UK, a nationwide celebration of the small and independent businesses that make our towns and High Streets unique.  There are events and special offers taking place in businesses throughout the day, including: 10% off all Christmas orders placed today at Newnham Street’s GCH Fishmongers, a free bobble hat with all purchases over £35 at Boyd’s of Bedford on Castle Lane, a free slice of cake with all games purchased at Ready Steady Roll in Sharnbrook and ‘name that giant pink flamingo’ at Boutique Planet in the Old Arcade. 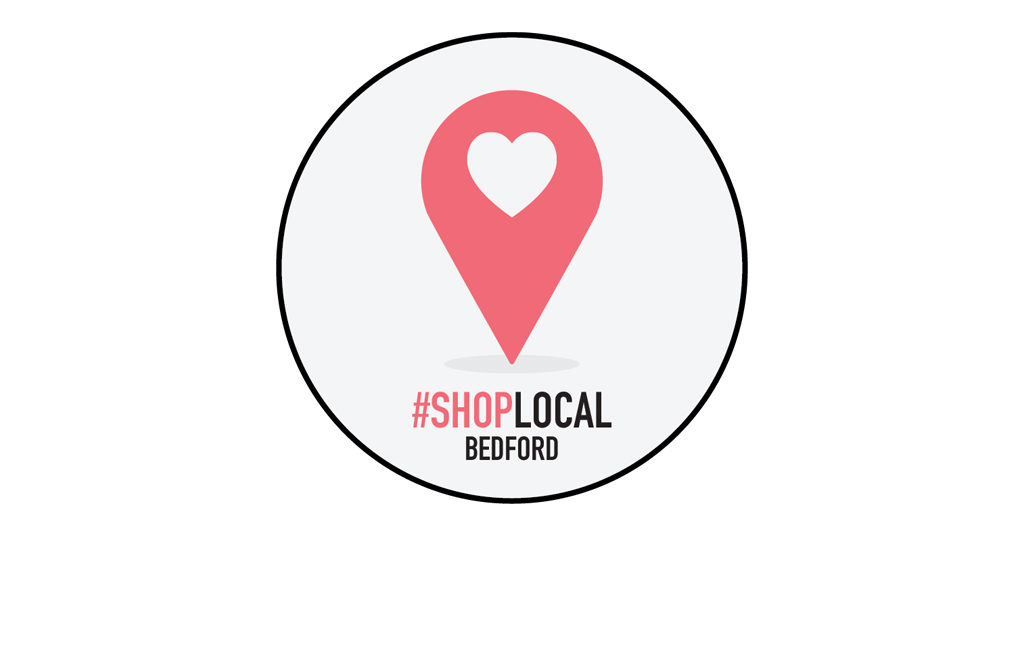 Babybird return to Esquires following their last visit in October 1996. They’ve sold two million albums and four million singles, gained two Brit nominations and had eight top 40 hits. Johnny Depp played on two of their albums and directed one of their videos. Stephen Jones has published two novels and one short story and you can read his interview with the Bedford Clanger here. Tickets: £15 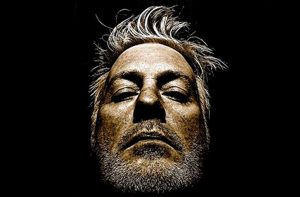 The twice-yearly Made in Bedford Artisan Fair is the largest local arts, crafts and produce fair. This is no ordinary craft fair. The very best of Bedford’s artists, deisgners, makers, craftspeople and producers will be showcasing their work so this is an ideal opportunity to buy unique cards gifts and decorations and meet the makers.  The event takes place in the Corn Exchange and the Harpur Suite and refreshments available include vegan street food, homemade mulled wine and obligatory mince pies. Local carol singers and musicians will be providing the entertainment.  This really is a fabulously festive day out for all the family and when you’ve finished browsing and buying, why not head onto the Higgins…. 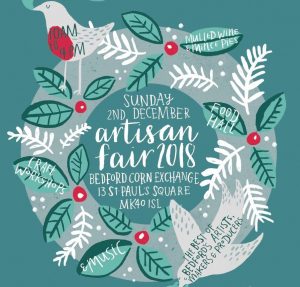 On Saturday afternoon, the Higgins Bedford hosts its Festive storytelling and family crafts event from 2 -5pm. The incredible Katy Balfour (Punchdrunk Theatre) has developed a bespoke festive story that she will be brininging to life thoughout the afternoon. The drop in sessions are free and take place at 2pm, 2.30pm, 3pm, 4pm and 4.30pm and last about 20 minutes each. Everyone’s welcome!  You can also make your own Christmas tree decorations (we’ve seen them and they are brilliant) and visit the current Turner, Windrush, Polish Independence and We Are Five exhibitions. 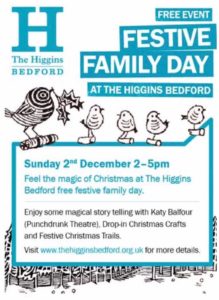 Southbound, the upcoming blues-rock band based in London, are kicking up quite a storm and are playing the Sunday Afternoon Session at Esquires this weekend. With inspirations drawing from blues, rock, jazz, funk and soul, the band evoke the sounds of greats such as Peter Green’s Fleetwood Mac, the Allman Brothers Band, B.B. King, and Eric Clapton but also from quite unorthodox artists like Santana, Jeff Beck, Gary Clark Jr and jazz-fusion band Snarky Puppy. When performing live, all these influences come together to create an unparalleled live experience that’s both entertaining and mesmerising. 5 – 8pm Free entry. 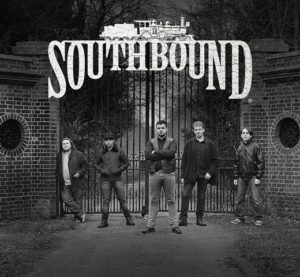