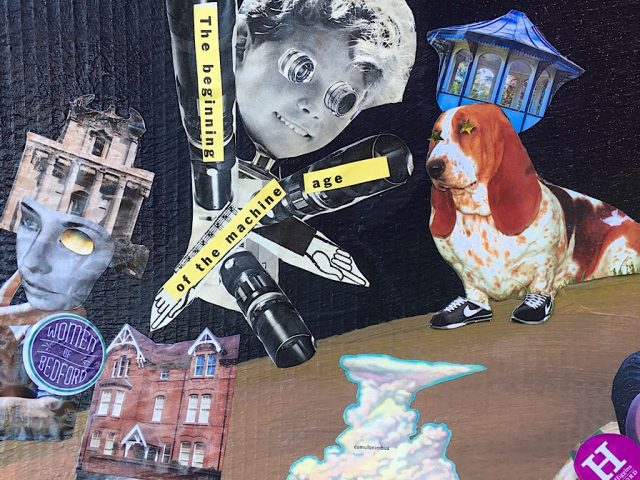 Kick off the weekend at The Third Place from 9pm as DJ Paul Miller hosts his regular Hitting the Groove night playing rare groove, funk and soul.

Tonight at the Ent Shed is Music for Lulu – a fundraising night featuring Atari Youth Club, DJ Ant and Los the Plot, plus guest appearance from the CC Smugglers. Tickets are £8, with all proceeds going to the Lulu’s Fight Against Neuroblastoma appeal.

Celebrate all that’s great about the 80s at Footloose at Esquires tonight.  A night of the biggest pop hits and anthems from the decade that brought you Pacman, Mr T and the Rubik’s Cube. Fancy Dress – why not?!? GO WILD! Doors 9pm until 2am. Tickets: £5

It’s the third of Esquires’ March Spring showcase nights, with the welcome return of Bad Racket with strong support from The Other Ones and Skirt. From 8.30pm free entry

At 7.30pm at the Place Theatre tonight, Beside Ourselves Collective present Just Don’t Do It. It’s 1999 at a Christian summer camp and enthusiastic youth leaders Trish and Tash are giving their top tips for ‘saving yourself until marriage’ to the teenage girls. Trish, however, is not so convinced. When she starts to rebel, Tash’s repressive tactics go into overdrive and the ground opens up beneath them. Literally. It will take an epic journey into a mythical realm, some singing vulvas and a few surprising spiritual encounters to reconsider everything they thought they knew about sex, faith and friendship.Note that this show is suitable for children 14+.Tickets: £10.00

Stunning audiences across the globe with his uncanny ability to recreate the vocal talents of legend Roy Orbison, Barry Steele is quite simply unmissable as he and his cast take you on this specially produced journey back in time. The production – tonight at the Corn Exchange – also features songs originally made famous by Chris Isaak, Del Shannon, George Harrison, Jeff Lynne, The Spencer Davis Group & The Traveling Wilburys. 7.30pm Tickets: £25

Bedford Creative Arts‘ Future Towns series continues at The Higgins Bedford on Saturday as part of the British Science Week and the BedPop Science Labs. Throughout last year, commissioned artist Sadie Hennessy appeared at cultural events in and around Bedford, hosting free creative workshops for participants to create a glorified vision of Bedford’s real-life people and places to make a fantastical vision for a Bedford of the future.

Everyone’s invited to join Sadie this weekend to design and make a Future Towns tea service for Bedford. The tea service, which will be assembled over the course of the day, will be made using the collage imagery created by the public at previous Future Towns events. These often fun and quirky images, will then be transferred onto a pre-loved white china tea service, to be arranged and displayed at the museum at the end of the day.

This will be a great opportunity for those that contributed to last year’s activity to view their work displayed in the foyer of the Higgins, and for both old and newcomers to help us create a final artistic outcome out of the Future Towns project.

The activity will take place in the foyer of the Higgins Bedford from 11am until 5pm – this is a free activity, which does not require prior booking. 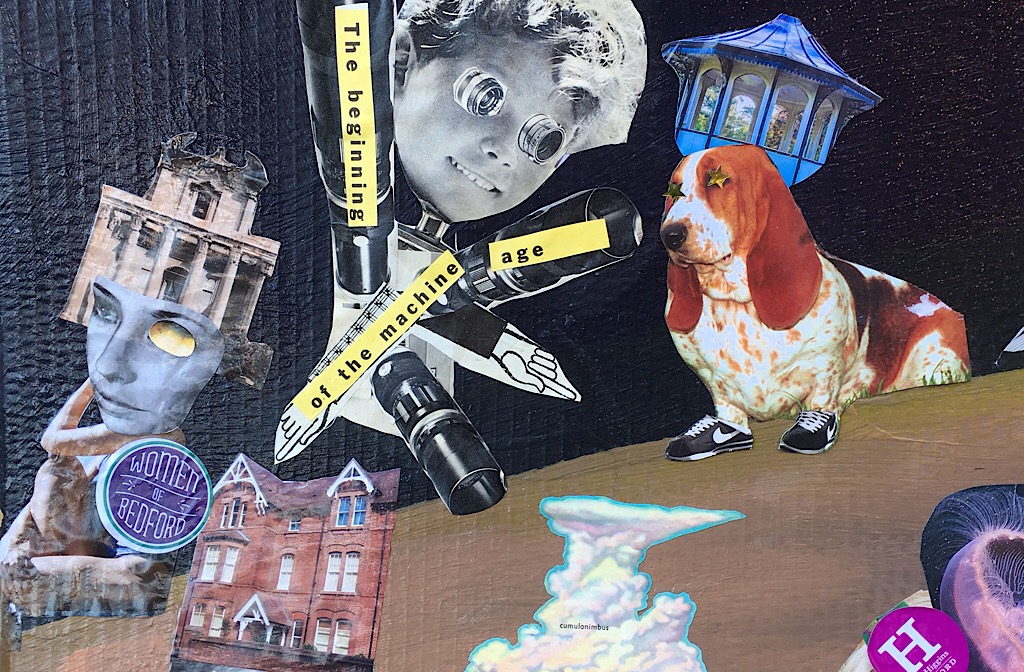 Edinburgh Comedy Award Best Newcomer Nominee 2018, Sindhu Vee heads to the Harpur Suite this Saturday as part of her UK tour with her critically acclaimed and Edinburgh Fringe sell-out show, Sandhog. Loving your children, spouse and ageing parents (in that order, please don’t tell Sindhu’s mother) is very hard work, very intense and a lot of the time it sucks. But who wants to live without love? Highly anticipated debut from the host of BBCR4’s Comedy of the Week podcast, Sindhu has also appeared on QI, Have I Got News for You, Alan Davies As Yet Untitledand heard on the Guilty Feminist podcast. 7.30pm Tickets: £14 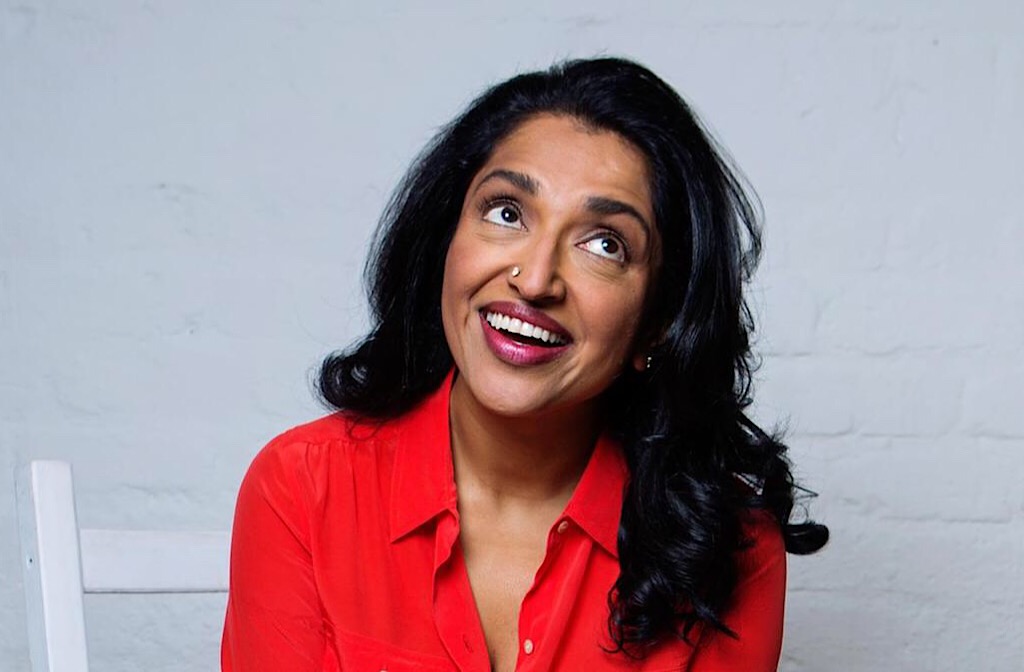 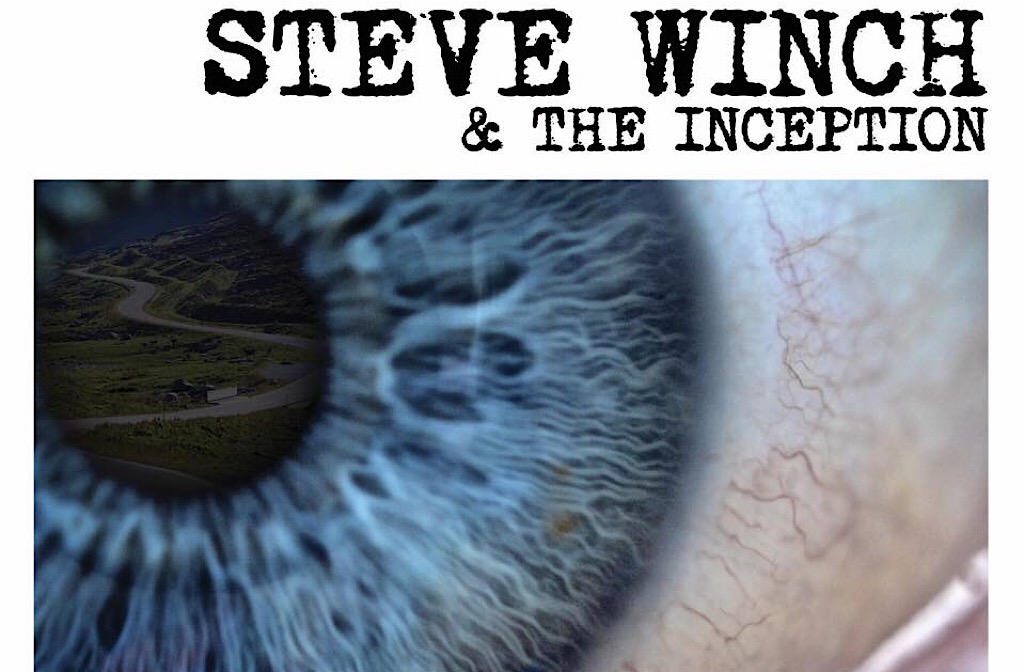 Anyone that has seen the Mad Mods live will tell you that they are no traditional covers band. Their energetic performances have built them a massive following and they have a reputation of packing every venue they play at, and then bringing the house down. Playing at Esquires on Saturday night, their repertoire includes hits from The Who, Small Faces, The Kinks, Rolling Stones, Spencer Davis, Yardbirds, The Jam and many more. Doors at 8pm. Tickets: £8

Directed by Jan Hunt of BBC Televisions’ The Good Old Days Fame, Now Here’s a Funny Story is a jaunty romp through the history of the golden age of Music Hall, often delving into its dark underbelly.  At the Place Theatre this Saturday, you’ll be taken on a musical journey from the very beginnings of music hall through to its 1890s heyday with the likes of Marie Lloyd and Champagne Charlie, onto wartime jingoism and the cross-dressing Vesta Tilley of the Great War. Not just drunken toffs, risqué sexuality, homelessness, decadence and war casualties across the Empire… but plenty of booze and sing along songs as well! 8pm. Tickets: £12 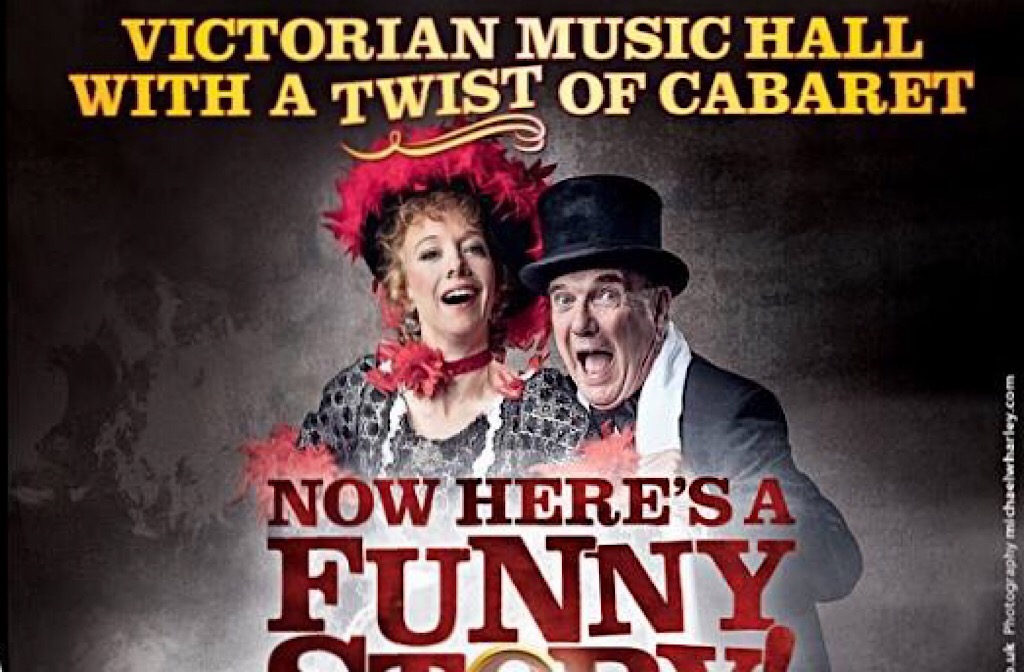 Thomas Benjamin Wild Esq. plays a special home town show at Esquires this Saturday, having recently ‘gone viral’ with his ‘No More F**ks To Give’ video from the Boyds of Bedford session filmed just before Christmas. The video has now been seen a whopping 8 million times (and counting) within the last couple of week and Tom’s album has rocketed up the Official Billboard Comedy Album Chart!  This special show will feature an evening of banjolele entertainment, with original material from his debut album Awkward Encounters While Walking My Dog, as well as classic singalong covers from the 1920s onwards! Over 16s only. From 8pm. Tickets £5

If you’re planning a trip into the town centre this weekend, why not pop into the Ping Pong Parlour at the Harpur Shopping Centre. Open everyday (and on Sundays from 10.30am – 4.30pm) it’s free to play and everyone’s welcome. We can feel some family grudge matches coming on! 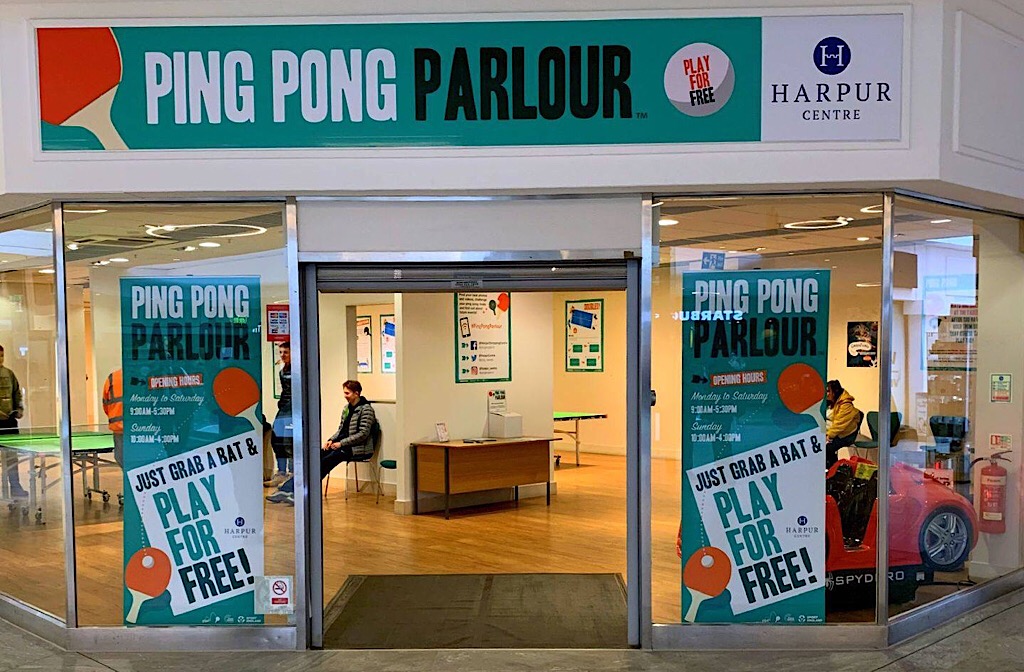 This Sunday at 2.30pm, the Friends of Bedford Cemetery hosts a talk and film by Vicki Manners from the Panacea Museum entitled ‘New Views of Old Bedford’. The story of Bedford’s Panacea Society is quite well-known nowadays, but this talk and film highlights some of the more recent discoveries about the members’ relationship with the town. To mark the centenary of the Society, it will include fascinating cine-film and photos of Bedford from the 1930s, which have never been shown before. This is a “must” for anyone interested in Bedford’s years gone by.Tickets £5 or £4 for Friends (Available on the door or email info@fosterhillroadcemetery.co.uk to reserve). Refreshments available for a small charge.

Averaging over 100 gigs a year, Dawson & The Dissenters are a superb live band, playing at this week’s Sunday Afternoon Session at Esquires. The band’s shows are full of energy and passion and showcase their performance skills and great musicianship. The set is full of crowd-pleasing classic covers and class originals. From 5pm. Entry is free.

If you want to enjoy a great craic, the rescheduled St Patrick’s Day show from The Bear is now taking place at Esquires. Verny Lee is bringing his big vocal to the this Sunday session in Holy Molys, with Dirty Tales headlining their home town venue for an afternoon and evening of ditties, drinking and dancing (on tables)! Grab your greenest outfit, your pint of Guinness and let’s all celebrate St Paddys the way it’s meant to be celebrated. (We’d book the 18th off work if we were you..) From 5pm

At the Corn Exchange this Sunday, Cilla and the Shades of the 60s stars Victoria Jones in the role of Cilla performing songs including ‘You’re My World’ and ‘Anyone Who Had a Heart’ while the Shades trio swing through a decade of hits by Cilla’s friends and co-stars such as ‘I Only Want to be With You’ and ‘River Deep Mountain High’. The effervescent Victoria & the gorgeous Shades trio rediscover one of music’s most defining eras. They follow the life & career of the iconic Cilla Black while their stories reflect on some of the biggest 60s stars. Featuring brand new arrangements of music from artists including the Beatles and Dusty Springfield. 7.30pm Tickets: £23