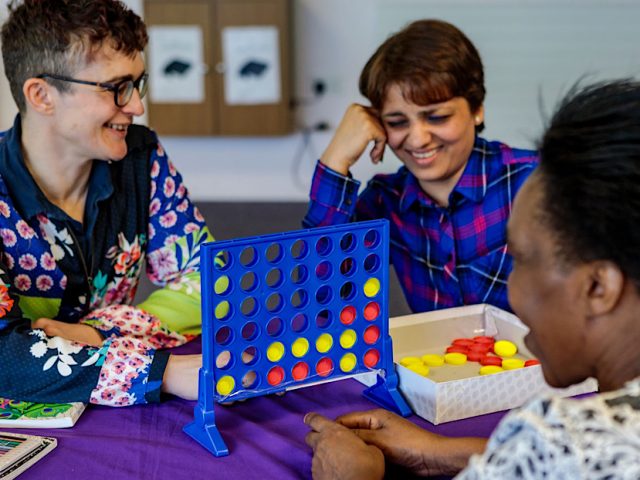 A small charity supporting people detained at Yarl’s Wood has received a £50,000 grant from Lloyds Bank for their work supporting those at the Bedfordshire Immigration Removal Centre (IRC).

Yarl’s Wood Befrienders provide emotional support to detainees, reducing isolation and helping them deal with the mental and practical challenges of indefinite detention.

A spokesperson from Yarl’s Wood Befrienders said: “Our activities are made possible thanks to the generosity of organisations and individuals who believe in what we do.

“This substantial grant will enable us to extend our support of those detained in Yarl’s Wood IRC and of those who have been recently released.”

The Befrienders core purpose is to be a bridge between people detained indefinitely in Yarl’s Wood IRC and the local community.

Support continues for three months after leaving the centre. This helps people adjust into their new life.

Gary Beharrell, Regional Manager of East Midlands at Lloyds Bank Foundation for England and Wales, said: “Yarls Wood Befrienders has been there for vulnerable people who need support during and after their detention.

“The charity had to face complex challenges that required adjustments, changes brought about by the pandemic and the Home Office.

“That is why we’re proud to support this charity with core cost funding and capacity building as they continue to have a significant impact on the lives of many detainees in Bedford.”

The volunteer visitors are often the only familiar faces people see that are not connected with the immigration service. They are a vital source of reassurance, comfort and help.

The Befrienders are one of 58 East Midlands charities supported by Lloyds Bank Foundation of England and Wales.

Yarl’s Wood IRC is one of seven UK centres that detain people before they are deported. It briefly holds those who have been trafficked in boats and lorries.

The centre started as a women’s detention centre.