To mark its twentieth anniversary, Yarl’s Wood Befrienders is ‘spreading its wings’ and changing its name to Beyond Detention this month.

The charity, which was set up to offer befriending support to people held in Yarl’s Wood Immigration Removal Centre, is evolving to support people with lived experience of immigration detention.

The new website has been developed in consultation with people with lived experience of the detention system and the new colours and origami bird logo were chosen to reflect the warmth, compassion, hope and practical help that the charity’s staff and volunteers bring to people both in detention and after release.

Origami was chosen to represent the group’s new identity, as the charity’s office is adorned with many beautiful paper gifts – swans, bowls, flowers – crafted by those held indefinitely within the walls of Yarl’s Wood IRC, symbols of both solidarity and transience.

To help launch their new name and new website, the organisation is asking members of the public to raise awareness by creating their own origami bird to share on social media.

“Ahead of our launch on 14 January, please share your own paper creation plus an expression of solidarity on social media for those navigating our hostile immigration system,” said a spokesperson from the charity. 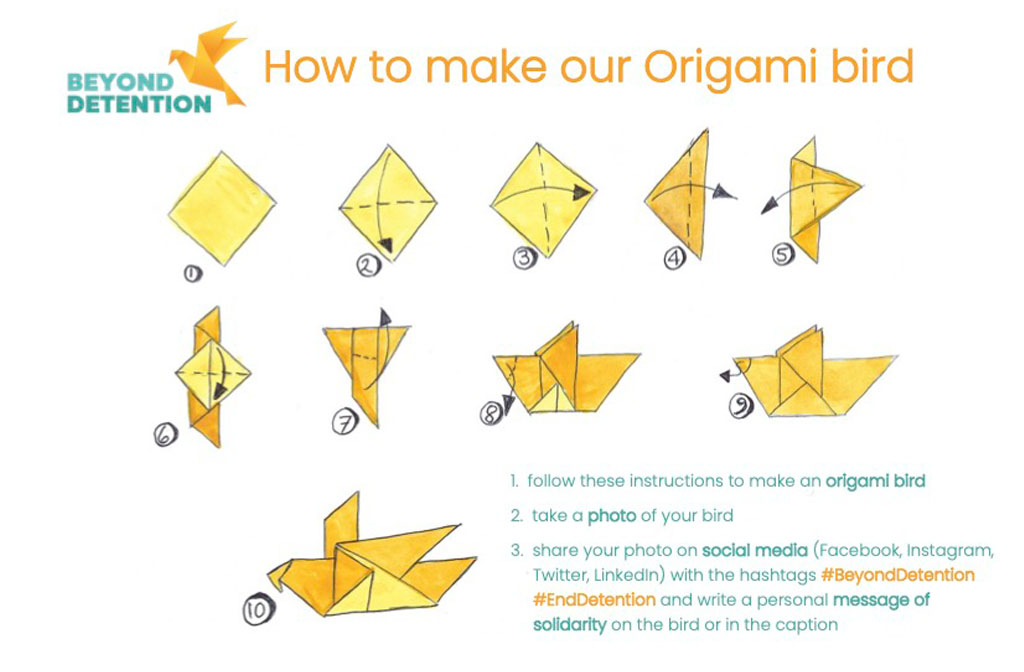