As I hope you are aware, after two and a half years of repeatedly and robustly providing evidence to the Home Office and wider Government that the level of funding and, therefore, the number of police officers we can afford at Bedfordshire Police is too low to meet the severity and seriousness of the crime challenges the Force faces in protecting the public as it – and I – wish, I have been given leeway to address this issue with your help.

I have been successful in winning a £4.571m emergency funding bid to make good the void which existed in our finances to meet the cost of fighting gang and knife crime, which would otherwise have meant I would have had to stop recruitment in its tracks.

I have also won an extra £2.4m from Government this year in the Policing Settlement of December 2018, but with pressures including a national shortfall in pensions contributions, the trebling of vehicle insurance costs and the need to make good national pay settlements for our incredibly hard-working police officers and staff, the possibility of recruiting extra officers in this county is in your hands.

Unlike the NHS, a PCC is unable to run an overspend and must fund your policing from within her budget, which is made up of a combination of funds from Government and that provided through the police’s share of council tax; the precept. 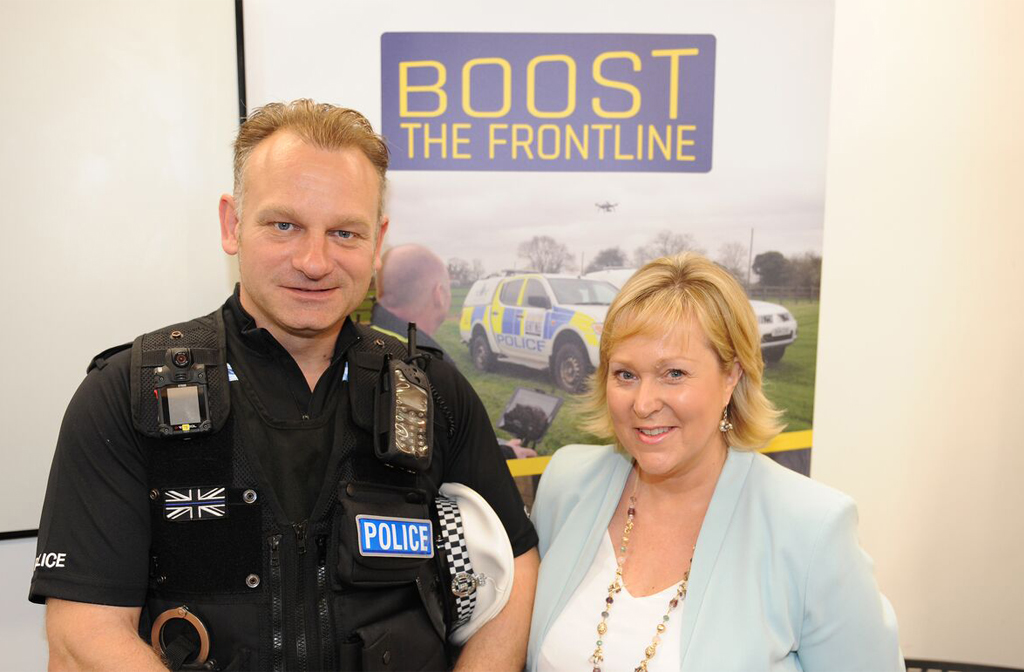 My office’s assessment of all the evidence shows that Bedfordshire Police needs 380 more officers to simply bring it up to a level which is comparable with forces facing similar challenges from serious organised crime, terror threats and gang, gun and knife issues, as well as the whole churn of typical policing demands including burglary, assaults and vehicle crime; made up of 300 Police Constables for the Frontline and 80 detectives to deal with complex crimes such as rape and child sexual abuse.

To address this issue directly, I am consulting with you to understand whether or not you are prepared to contribute just £2 extra per month through your Council Tax to help increase the number of officers the Chief Constable would have to police Bedfordshire and create further capacity in his ability to protect the public.

I intend to fund recruitment of 160 officers in 2019/20 with these extra funds. I have not been given the ability to raise more than £2 per month without holding a referendum and, as the last one cost in the region of £1m when all costs were taken into account, I cannot justify risking this amount of money. Help with extra recruitment depends on you.

In every community that I visit throughout the county, residents tell me that they need more officers to tackle the problems which affect their everyday lives, such as Anti Social Behaviour, and such officers are also needed urgently to respond to 999 calls as well as to prevent gang, gun and knife crime in the county, on an unprecedented scale last year, albeit at lower levels than in nearby areas such as London which was due in no small part to the concentration of the Force and those organisations funded by my office in diverting young people away from gangs and knife-carrying.

I would like to invite you to share your opinion on this decision by completing a short survey – https://www.surveymonkey.co.uk/r/precept2019

The results will be collated and presented to Bedfordshire’s Police and Crime Panel on 5 February 2019.

I appreciate your time in considering this issue and look forward to receiving your response as there is no time to waste to allow me to deliver the extra officers both you and their colleagues so urgently need.

This is a monthly guest column provided by
PCC Kathryn Holloway and published unedited.