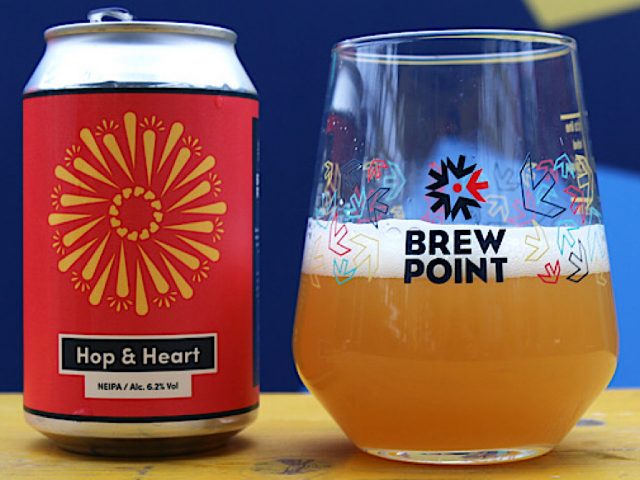 Brewpoint’s online store is now open for business, and to celebrate, the team are offering an exclusive giveaway to Bedford Independent readers.

Following the October launch of A Taste Of Brewpoint, the pop-up bar at Wells & Co.’s new home, beer fans across the country can now get in on the action during lockdown and beyond thanks to the online store.

Orders can be shipped throughout the UK, but locals can save money on postage and opt to collect their order direct from Brewpoint at Cut Throat Lane in Fairhill.

Online beer fans can snap up cans of On Point, an easy-drinking, character-laden 4.0% ABV brew boasting bright tropical and citrus hop flavours that has proved an early hit with Brewpoint’s consumers.

Visitors to the website will be able to learn more about Brewpoint itself and the range of new beers on offer before placing their perfect order, made possible by the site’s ‘build a box’ functionality.

Beers may be added on a can-by-can basis to build a customer’s dream selection box.

Tom Foddy, head of retail sales and marketing for Wells & Co., said, “One of Brewpoint’s key strengths is its versatility. We can brew any style of beer you could imagine, in production runs large or small, then package it into casks, kegs, bottles or cans as needed.

“The range will be evolving constantly. Brewpoint marks a return to dynamic, creative brewing for Wells & Co., and we’re excited for beer fans – whether they’re lifelong Wells drinkers or just discovering us for the first time– to take advantage of this progressive approach via our new online store.”

To celebrate the launch of the store, the Brewpoint team are offering a bundle of beer-related fun as a prize exclusive to Bedford Independent readers who place an order between now and Friday 11 December.

For your chance to win a Brewpoint hamper containing a selection of beers and merchandise valued at over £200 in total, click through to www.brewpoint.co.uk/browse and put the word ‘Independent’ in the Promo box when placing your order (terms and conditions apply).

The store opens its virtual doors for business today, Monday 2 November, and you can sign up to Brewpoint’s mailing list now via its website to ensure you’re kept up to speed on all the latest news on its brews. More info on the rest of the range and on Brewpoint itself can also be found at www.brewpoint.co.uk.