Mark Love and Jacqui Saunders are the parents of 15-year-old Zack who was diagnosed with severe autism at the age of two. Zack is non-verbal and cannot read or write. Describing how she felt when he was first diagnosed, Jacqui said, “You mourn the child you’ve lost; then you adapt and celebrate what you have.”

From the age of 5 until a year ago, Zack was at St John’s School in Kempston. He was excluded last December and has not been at school since.

St John’s is the only special school in the area with facilities for severe and multiple needs. Alternative schools are either over-subscribed or too far away. There is now no school provision for Zack.

“Over the last ten years, the staff developed a very good understanding of Zack and the school has always received OFSTED ‘outstanding’,” said Mark.  “Last year there was a change of head and the school became an academy as part of Bedford Inclusive Learning and Training Trust (BILTT). The head, Ron Babbage, retired and changes became noticeable.

“Previously, we’d had a very honest and open relationship with the staff. Very candid. There became a change in tone; meetings became more formal. In a school like St John’s it’s not enough to ‘know kids’. You’ve got to know THE kid and be flexible and understand their predictably unpredictable behaviour. A special school is like a mainstream school x 10 – at my first visit I was punched by one child and licked by another, but you understand it in the context. There’s a sense among the teachers and parents that you’re in it together.” 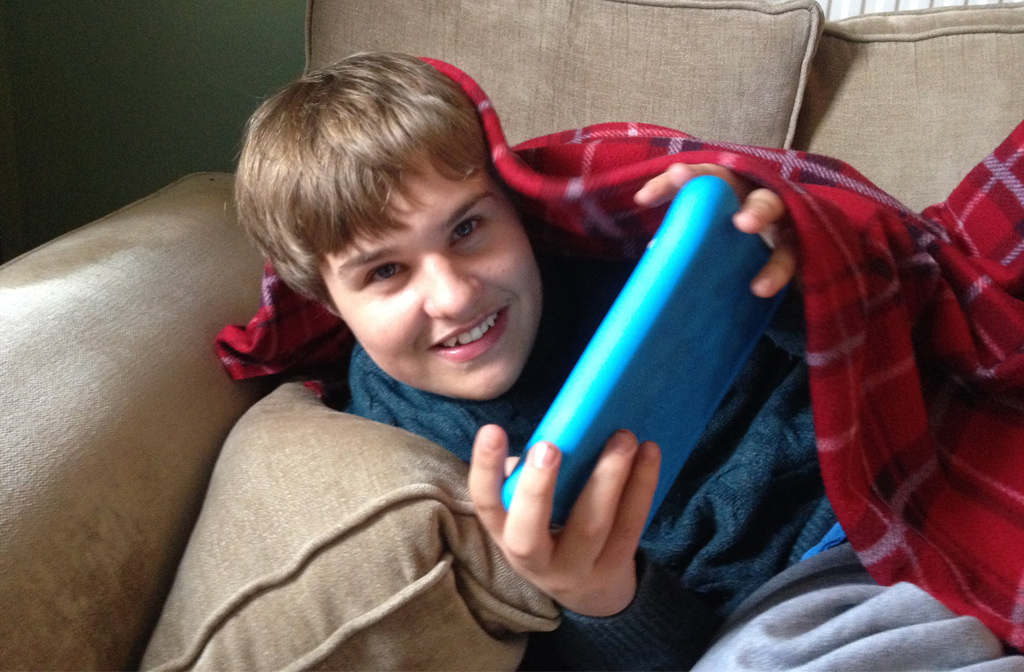 Until this point, all Zack’s behaviours had been manageable. “There had obviously been some crisis points,” said Mark. “But we’d worked with the school to find a solution.”  Soon after the management change, Zack was hit with two suspensions in quick succession. “He’s never been suspended before. A suspension is not a punishment for him,” explained Mark. “He likes being at home, he’s in his safe space.”

Just before Christmas 2017, Mark had to drop everything and become Zack’s full-time carer. To get an idea of what that might be like, head to the ‘Tell It Like It Is’ Facebook page that Mark has set up to support parents and carers of SEN children.

“Zack had been corralled into a peg cupboard and there was a female teaching assistant in there with him. She bent down to pick something up and Zack handled her roughly. Predictably, his physical size has meant that he’s harder to control. She was considerably smaller than him. Although we knew that Zack had injured her, it was only a few days later that she discovered she’d broken her collarbone.

“Obviously, this is a serious incident, but it was not intentional, it was not premeditated. He has now been excluded, but how can he be punished for breaking rules that he cannot understand?”

“Since his exclusion, we understand that there are six other kids who have been excluded for behavioural issues,” said Mark.  “St John’s is a special school, but only for certain disabilities. People’s tolerances for these behaviours are not recalibrated for special needs.

Zack isn’t at St John’s to be educated, so to be told about his literacy and numeracy is laughable. It was providing entertainment, socialisation and teaching him how to look after himself.”

Since giving up his job, Mark is now caring full time for Zack, for the equivalent of £150 per week.

Inclusion is not working.

Despite the support of all-party councillors, MPs (Zack’s been to Parliament), the Mayor and experts in the field, the family are at an impasse. There is no school within the Borough – or within a reasonable distance – that can accommodate Zack.

“I’ve contacted the National Autism Society – been waiting two months to hear back from them,” explained Mark. “I asked for a new EHCP (Educational Health Care Plan) from the council’s SEN (Special Educational Needs) team. We had to meet at my house because I can’t leave Zack and I can’t take him to an external meeting. It’s been two and half months and I haven’t heard back.”

Since launching our investigation, Bedford Borough Council have now contacted the family and arranged a meeting to take place on Friday 21 December.

Mark has a simple and cost-effective solution to the situation:“A special school needs to be fit for purpose. It needs to be creatively designed. It’s not about inclusion. That’s the last thing many of these children can cope with. They crave isolation and routine. Don’t build schools with big halls, don’t make them eat in a large room together.  The staff don’t need to be trained teachers. Someone that can form a bond and a relationship built on mutual respect.

The short-term solution is ‘isolation pods’ made from shipping containers. Cost-effective and easily transportable wherever they’re needed, the pods can be installed in mainstream schools too – wherever there’s a need.”

Mark has received an enthusiastic response to his solution, but has been advised he’d need to become a charity in order to get the funding to make it happen. Mark is now a full-time carer. He doesn’t have time to set up a charity and to make this happen.

“We don’t want to be adversarial,” said Mark. “We want to work with the school and the authority to find a solution. We’ve got to make our special schools special again.”

“Bedford Borough Council has a good track record in issuing Educational Health Care plans, this case is a very complex case and the council has apologised for the length of time the plan has taken. A revised plan based on the work done with the family will be put in place by 21st December.”