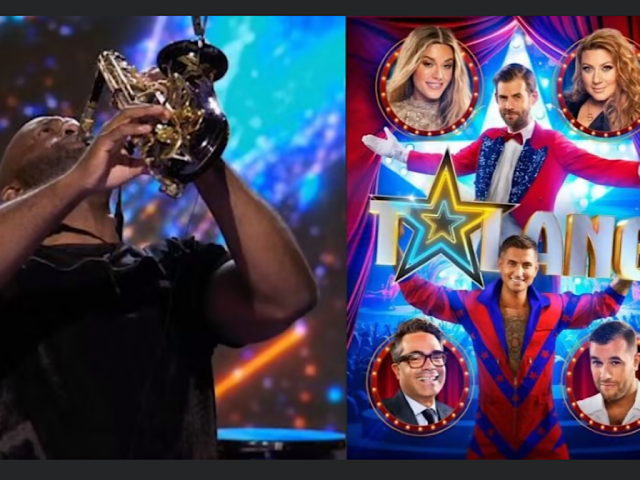 A former Mark Rutherford and Sharnbrook pupil has wowed the judges on a Swedish TV talent show, reaching an audience of over 1 million people.

Saxophonist, Dan Blaax, 36, appeared on the Swedish version of Britain’s Got Talent, ‘Talang 2021’ on Friday (25 February).

His performance received three ‘yeses’ from the judges, enough to get him through to the next stage of the show.

Dan was born and raised in Bedford and took up the saxophone aged nine. He studied music at GCSE and took a music tech A-level.

He credits one of his teachers for helping him embrace the freedom of music.

“My sax teacher, Chris Pettit, was such an inspirational teacher,” said Dan. “When I got to upper school he showed me I could improvise without sheet music. I could feel the music and it completely changed the way I felt.”

After leaving school and university, Dan began working for a property management company in London and turned his back on any thoughts of a career in music.

But that all changed after a trip to New York in 2012.

Dan visited the Big Apple for a friend’s wedding in 2012 and while there, the group took a trip to the top of the Empire State Building.

“The weather was beautiful and we’d had an awesome day,” said Dan. “Once we got to the top floor it began to rain. We all huddled inside, waiting for the rain to pass.

“As soon as the rain stopped, a double rainbow appeared over the New York skyline. My immediate response was, ‘I want to play my saxophone again’.”

Later that night, Dan was walking through Times Square when he heard a busker playing the sax. “I can still remember his name,” said Dan. “Sweet Lou…”

“I had just $5 left in my pocket and I offered it to him to let me play.  Amazingly, he said yes and I played Gerry Rafferty’s Baker Street in the heart of Times Square.”

When Dan got back to London he found bands and people to jam with after work and immediately began being booked for weddings and parties in his spare time.

An opportunity for a residence at Dick’s Tea Bar in the French Alpine resort of Val D’Isere was the catalyst for Dan to give up his job and concentrate on music full time.

“I quit my job to give it one last shot and it paid off.”

Since 2014, Dan has based himself between home, France and Sweden. From playing along to DJ sets at festivals to popping up in the congregation at weddings to play the happy couple out of the church, he hadn’t looked back.

Until the coronavirus pandemic hit.

“2020 was what it was, so I tried to think of the best way to make the most of the situation and do something that could benefit my career,” said Dan.

“Ordinarily, I wouldn’t have time between paid gigs to take part in a show like Talang. But with no shows or performances, I was able to give it a go.”

Dan performed ‘In the Club’ by Daniel Saucedo, a huge hit in Sweden – and also with the studio audience and three of the four judges.

Bianca Ingrosso, blogger, social media influencer and cousin of Sebastian Ingrosso of Swedish House Mafia, said “I want him to play at my wedding,” while stand up comedian, David Batra suggested that he should have fire coming out of the end of the saxophone for the next round.

Just one judge, the screenwriter and director, Edward af Sillén, turned Dan down for the next round, although his opinion was booed by the crowd.

“I’ve done lots of weird and wonderful things in my career,” said Dan. “But this is right up there. It was an amazing experience to see myself on TV and I’ve already been approached by people asking to book me for their 2022 weddings as a result of the show.

“The saxophone is such an emotive instrument because its timbre is closest to the human voice.

“It touches people and sings without words.”