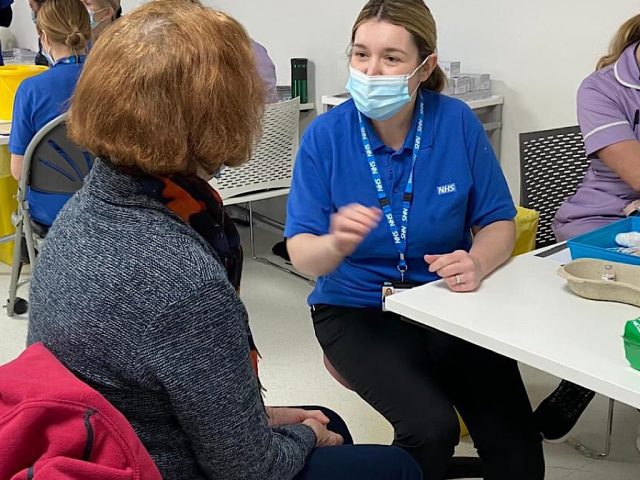 This school term has seen the highest number of Covid cases in schools since the pandemic began.

Meanwhile, one councillor suggested teachers had a ‘perverse incentive’ to remain unvaccinated – as it meant they could get time off work.

Ben Pearson, chief officer for education told the Children’s Overview & Scrutiny Committee on Monday (31 January) that last term, the average number of cases reported for all schools and education settings – including early years providers – was around 350 for more than 200 settings.

“So, this isn’t a small increase in numbers amongst children and adults in our schools, this is a really significant increase,” he said.

Mr Pearson said that earlier in the term, there were over 700 cases reported in one day, which was “two weeks’ worth” from last term.

“Thankfully, and I hope this trend continues, the number today (January 31) has reduced, but it is still over 350 cases reported to us today,” said.

“So still comparing to last term – a week’s worth today alone.”

Mr Pearson told the committee that of the cases reported in schools, about 85 per cent are children and about 15 per cent are adults in the schools.

“What that means at the moment is that lots of children and lots of adults are not able to be in school, so there is an impact on learning.

“But what it also means is a massive disruption to children that are in school.

“We are seeing staff hit harder than we’ve ever seen before, and at the moment our public health colleagues, our school improvement colleagues are working really closely to support and to advise all of our schools to ensure they can stay open, and they are staying open.

“But we are having small groups of children that are having to go home because of staff pressures because schools just cannot safely provide enough members of staff to have all children on site,” he said.

Cllr Jane Walker (Conservative, Clapham Ward) said: “I highlighted last week when we were having our discussions, about the fact that we’ve got a problem with unvaccinated staff having a perverse incentive of really not to be vaccinated because they’re having to take ten days off to isolate every time they have contact with a somebody who’s got Covid.

“Can you tell me what we’re actually doing to help schools in that situation because it’s causing my schools a big headache?”

“Whereas vaccinated staff can be in and back into work.

“We are obviously promoting and recommending that all staff [are] vaccinated because we know the impact that has on their own safety and on others.

“So we’ll continue to do that.

“I am working with the leaders of different institutions and again with our trade unions to identify schools where there are problems around staffing and where some of the staffing issues that are created around unvaccinated staff.

“So we are taking a targeted approach as well,” he added.

Last week, before the national announcement was made to remove masks, all schools and settings in Bedford borough were written to to advise that secondary schools continue to wear masks in communal areas and on public transport.

Mr Pearson said: “The Department for Education and UK HSA have agreed with that decision, they have both said they think that was a wise thing to do.

“That advice will stay in play until at least half time, we will review that over half term and then either issue guidance to the contrary of that, or for that to continue afterwards,” he said.

Staff and teacher unions were contacted for a comment on the unvaccinated staff.

A spokesperson for Unite the Union said that outside of maintenance, its members have little to do with schools. However, the union does support vaccinations, but not mandatory vaccinations.

Unison, NASUWT – The Teachers Union, and the National Union of Teachers (NUT) did not respond at the time of press.