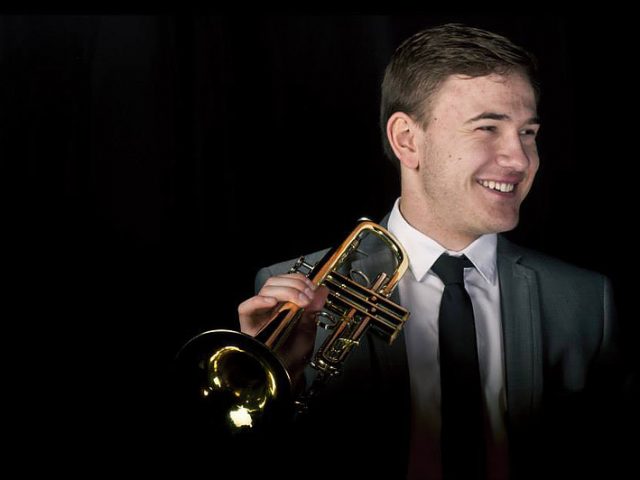 A local Jazz musician has spoken of his absolute delight at playing lead Trumpet with the National Youth Jazz Orchestra (NYJO) at the Royal Albert Hall for the BBC Proms.

Tom Syson, 25, was first introduced to the NYJO by a Wootton Upper School teacher when just 15 years old, since then he has risen through the ranks and was offered lead Trumpet when the position became available.

“I was really excited to play lead trumpet with NYJO at the BBC Proms and had an amazing trumpet section, Harry Evans, George Jefford, Alex Ridout and Luke Vice-Coles, as well as the loveable James Davison bumping for the gig.

“Playing at the Royal Albert Hall as lead chair is a once in a lifetime opportunity as the last time the NYJO played there for the proms was five years ago, and I’ll be leaving the position soon to start playing at the legendary Ronnie Scotts in January.”

You can hear Tom’s appearance with this excerpt from ‘Officer Krupke’ below. Please listen to the full concert via the BBC iPlayer.