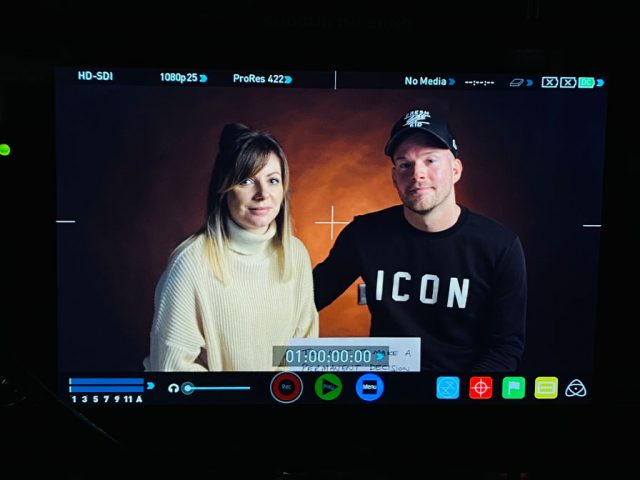 Two local projects have been launched to provide much-needed mental health support to those in crisis.

A locally-produced documentary and new men’s counselling service are both highlighting the tragic gaps in the current mental health funding and provision, leaving many to fall through the cracks and tearing families apart.

Filming has begun on a documentary to encourage people to share their stories and break the stigma around mental health.

Created by Sophie Whelan and filmed by Don Weerasirie of Limelight TV, the documentary features contributions from around 20 local people who are telling their stories about how their lives, or the lives of their loved ones, have been affected by mental health and suicide.

“We are hoping that the film will be a light at the end of the tunnel for anyone who is suffering,” said Sophie, who is a mental health wellbeing coach and founder of Bright Emotions CIC.

“When viewers see and hear the stories of people who have come out the other side, we hope that makes them feel like they can reach out for help.”

The film was inspired by the personal experiences of Sophie and Don, whose lives have both been affected by suicide.

After a mutual friend of theirs recently took his own life, the pair realised that mental health services were in crisis and many people were not able to access the support or counselling they needed.

“I feel it’s important that I’m an ambassador for breaking down the stigma,” said Sophie, who has had her own battles with mental health.

“I want to hear and share stories about what’s lacking in mental health support so we can highlight the crisis.

“If the film encourages people to feel they are able to recognise the symptoms and ask for help, we’ll have achieved our aim.”

The shoot has taken place at Limelight Studios on Elms Farm industrial estate and also in the homes of some of the contributors.

Lisa suffered from a breakdown following her divorce. She said that her mental health struggles made her feel like she was a disappointment to her family.

Thanks to the support of her employer, Lisa received intensive counselling. She also credits her parents with non-judgemental understanding, which enabled her to recover.

Lisa has since become a mental health first aider at her place of work.

“I wanted to be involved [in the documentary] to share my story because it’s so important that people know what help is out there,” said Lisa.

“When I recently suffered from post-natal depression, I was able to recognise the symptoms and get help quickly. I know what it’s like to feel like there’s no hope. I don’t want anyone else to have to feel like that.”

Another contributor is Reverend Sharon Grenham-Thompson, whose son, Leo, took his own life in September.

“As hard as it was to tell the story of my son’s recent death by suicide, I am glad to be part of this campaign encouraging people to give and seek support.

“Mental ill-health and suicide cause so much deep suffering. If sharing Leo’s story means that even one person receives the help they need then it is a consolation to me as I try to pick up the pieces of my family’s shattered life.”

Data provided by Samsons Academy Charity has highlighted that of the 16 deaths by suicide this year in Bedfordshire, 13 of them were men.

And this has been the catalyst for a partnership initiative set up by Dorian Alexis at Samsons Academy Charity and Anita Powell at Inspiring People.

Aimed specifically at men, ‘Band of Brothers, Men Heal’ will provide therapists and counsellors to anyone in crisis within 48 – 72 hours of them making contact with the charity.

They currently have eight therapists on hand, with a ninth soon to be joining them. “All counselling will be offered completely free,” said Dorian. “After the first session, we will then offer 12 weeks of support.”

In addition, Samsons Academy Charity have signed up 316 support volunteers, 100 of whom will take part in a two-day ASSIST course, formulated to support those at risk of suicide.

“I have just updated my own ASSIST training,” said Dorian. “I’d much rather get a phone call from a friend in crisis at 4am than attend their funeral.

“By giving more people the tools to help support those in crisis, we hope that we can prevent more unnecessary deaths.”

60 businesses in Bedfordshire have signed up to display a discreet QR code that men can use to connect to the charity to access help. They are keen to encourage as many businesses as possible to take part too.

“We intend on going into gyms, pubs, cafes, clubs and any business that has a male presence,” said Dorian.

“Male suicide in Bedfordshire is all our concern. We need to spread the word that help is out there.”

If you are suffering, support can be found by calling the Samaritans on 116 123 free from any phone or on 0330 094 5717 (local call charges apply). You can also email jo@samaritans.org and someone will respond within 24 hours.