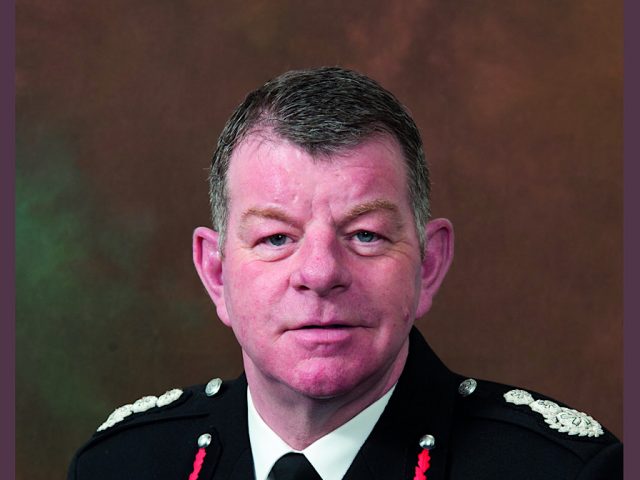 The chair of the Bedfordshire Fire and Rescue Authority (BFRA) has paid tribute to the chief fire officer, Paul M Fuller CBE QFSM, MStJ, DL, FIFireE, who passed away peacefully this morning (Monday) after a short illness.

Paul joined the Fire Service in 1978 and became chief fire officer in Bedfordshire in 2002, having worked in West Midlands, West Sussex, Staffordshire and Wiltshire, as well as a secondment to Warwickshire.

His outstanding contribution to the UK fire and rescue service was recognised in 2008 when he was awarded the Queens Fire Service Medal, made a Freeman of the City of London in 2012, and made Commander of the British Empire (CBE) by her Majesty in the 2016 New Year’s Honours.

He was appointed Deputy Lieutenant of Bedfordshire in 2017 and made Member of the Order of St John in 2018.

BRFA chair, Cllr John Chatterley, said: “I was devastated to learn that Paul had passed away this morning.

“His leadership and sound advice during the past 19 years as chief fire officer was exemplary, and I know I speak for the whole Fire and Rescue Authority that his loss will be felt by all of us.”

He said it was particularly sad as Mr Fuller was due to retire at the end of June.

“I know Paul invested a lot of his time fundraising for a range of charities including the Firefighters Charity, the Children’s Burns Trust and even achieved the incredible feat of climbing Kilimanjaro in 2019,” said Cllr Chatterley.

“Our thoughts are with his family at this very sad time.”

Bedfordshire’s deputy chief fire officer, Andy Hopkinson said: “We are still coming to terms with the loss of our beloved Chief, an incredibly well-respected man whose outstanding leadership of Bedfordshire Fire and Rescue Service during almost two decades made such a positive difference to our staff, our partners and our communities.

“There are undoubtedly people walking the streets of Bedfordshire today thanks to Paul’s dedication and devotion to the Fire and Rescue Service.”

Mr Hopkinson described Paul as, “an outstanding man with a big character” and said that his reputation and influence meant that his loss will be felt not just within Bedfordshire or the UK, but around the world.

He said, “Paul was a personal friend of mine and a great mentor to me during my time here in Bedfordshire and I will personally miss him dearly.

“This will be an incredibly difficult time for Paul’s family, friends and colleagues, past and present, and our thoughts and deepest sympathies are with them all”

Over the years, Paul served on a number of national bodies including President of the Chief Fire Officers Association (CFOA), Chair of CFOA Services Limited, Chair of the Fire Sector Federation, Chair of The Children’s Burns Trust, Chair of Trustees of the Fire Fighters Charity, Chair of Fire Sport UK, represented the UK as part of the UK delegation to the Annual United States Metropolitan Fire Chiefs Conference as well as being a committee member for the Fire Service Parliamentary Scheme.

The BFRA said they would be announcing funeral arrangements and how they intend to celebrate his life and achievements at an appropriate time.