Local writer Harry McPhail, looks at moments on our doorstep that had an impact for people of the time and beyond.

Bedford has always found ways to give entertainment to the locals. Events such as the River Festival, Proms in the Park and the Bedford Regatta all show-off Bedford’s culture and Bedfordian talent.

The Cinema has been a key feature of Bedford’s cultural scene over the years with recent installations bringing new energy for film-lovers in Bedford.

I particularly want to draw your focus to the first 25 years of the cinema in Bedford and how the competition expanded in the early 20th Century.

The Blake brothers, William and Ernest, were at the helm of the cinematic activity in Bedford during the early 1900s.

Having a family interested in both photography and Bedford, the brothers had been showing moving pictures in the county since approximately 1897.

In 1909, the Blake brothers took their passion a step forward by hiring the Association Hall, above where the Beales store in town is today.

They began their first regular cinema showing in town with twice-nightly presentations on the 3rd of May 1909.

One of the first films shown was the 1909 FA Cup Final between Bristol City and Manchester United hosted at Crystal Palace’s ground.

The Picturedrome Cinema, Bedford’s first purpose-built cinema was opened in 1910 located on the south bank of the river next to the town bridge.

The Chethams leased the cinema to the Blake brothers who began to show films there on the 6th May 1910.

Next up, the Palace Cinema! Opened in 1912 the Palace became Bedford’s second purpose-built movie theatre.

While it had a slightly smaller capacity of 462, this cinema offered a new attraction- a bar.

This was a lively period as just a month later the Blake brothers were ready to set their own cinema up.

Having worked for the Chethams at the Picturedrome, they now wanted their own location.

This came in the form of the Empire Cinema which was built at 27 Midland Road with a 574 seat capacity.

Interestingly enough the Empire also had the ability to host a ‘full orchestra’ to accompany the silent films.

Can you imagine if today when you were watching the latest adaptation of the Lion King, the Royal Philharmonic Orchestra were playing live?

In March 1929, a new cinema was once again in town. Named the Plaza Cinema, this building was the biggest yet having the ability to take in over 1000 people.

Famous British filmmaker, Herbert Wilcox, presented the opening ceremony which was then followed by the film Speedy which starred Harold Lloyd.

The fifth cinema to be built in Bedford was the Granada Cinema. With a massive capacity of 1690 seats, the Granada was opened in 1934 on St Peter’s Street.

This was a joint venture between the Blake brothers and Bernstein Theatres of London.

The rest of the 1900s saw the Granada group take over a number of the cinemas. Many of the cinemas struggled with low turnouts leaving them often with no choice but to close.

Move forward and in Bedford today we have two main cinemas.

One located just off Newnham Avenue called Cineworld and the latest cinema found at the Riverside Square which is a Vue Cinema.

While the Vue Cinema is a very recent installation, Bedford’s Cineworld Cinema has an interesting origin.

In 1989, the Granada Cinema was bought for £1.1 million by Cannon Cinemas who agreed to keep it running until they opened a new six-screen cinema, now known as Cineworld. 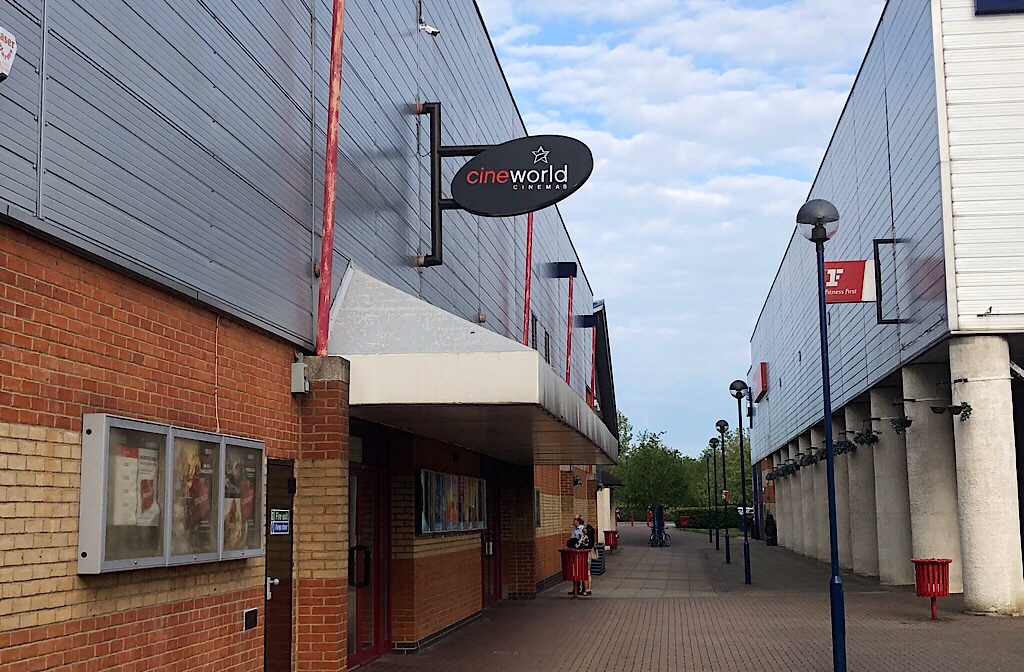 The Cinematic and film industry has always been a fast-moving area with the constant need for updates.

All the cinemas constructed in the first half of the 1900s had to deal with the challenge of changing technology.

Within the 1900s, film moved from silent black and white films to sound based movies with coloured pictures.

There were some great resources on this topic for me to use, including the Bedford Borough Council’s virtual library website which has a whole article on Bedford’s history with cinemas.