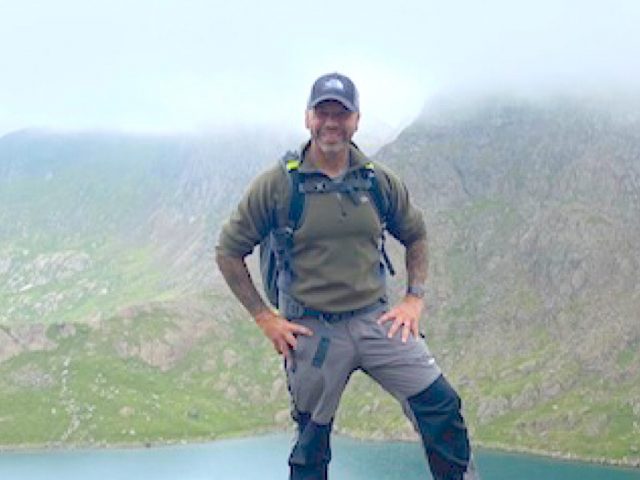 A Bedford police inspector is taking on the three highest peaks in England, Scotland and Wales this month to raise money for a mental health charity that helped him through his darkest times.

Ben Dimmock will aim to scale Ben Nevis, Scafell Pike and Snowdon within 24 hours on 25 and 26 September to raise money for mental health charity, Mind. The challenge will see him trek over 26 miles ascending over 3,000m in total.

In 2013, Ben suffered from a bout of severe depression which took him completely by surprise.

He said: “I have always been a confident person where nothing has really phased me. Any problem I had I could rationally deal with it and move on without any issues.

“However one day I just didn’t feel right. This feeling carried on for days and even weeks.
It really is hard to describe what it feels like to be depressed. I don’t think that I ever could. Or at least, I could never describe it in a way that would give significant resonance to how it really feels.

“I have always been a person who has never had a problem finding ways to express how I feel and it has always come naturally to me.

“When it comes to expressing how depression and anxiety have affected me, it’s like I’m scared to even let it out, because then it would give life to the ‘thing’ that had been so dark and awful for so many weeks of my life.”

It robbed him of the ability to laugh or smile and all positivity left him.

“It didn’t even know for sure if I even wanted to live. All I wanted to do was cry and that’s what I did, a lot.”

He says he felt weak and didn’t know who he was anymore.

“It’s a truly awful feeling to think that you have no control of your mind. I was in a very dark place. Darker than anyone could imagine. I felt I had nothing left.”

Realising he needed help was the hardest thing for Ben to admit to.

“For a long time, I refused to say that I was depressed. I was so ashamed of myself. I was a man, a husband, a father. I wasn’t allowed to be depressed. I’m not weak.

“I thought that people would think I had no reason to be depressed or they would say I was just being stupid. I didn’t want to let my family down.”

Finally, releasing himself from the stigma of mental health, Ben began opening up loved ones and finally visited his doctor.

“It also took a lot for me to go to the doctors and after breaking down in tears admitting to them that I needed some help,” he said.

“It is through talking and researching via Mind that I learnt a lot about mental health problems like depression, and my increased understanding made it far easier to accept it for myself.”

Fitness has also played a huge part in Ben’s mental health recovery and – despite being born with only one lung – he has completed a number of endurance challenges to test his physical limits and raise money for charities that he supports.

“The message I wasn’t to give to everyone who reads this is: please talk to someone if you feel like this.

“What I have suffered is fairly mild compared to how some people suffer from this illness. An illness that can kill. This is a hidden illness that someone can easily look to others that they are absolutely fine. When in fact they are in absolute agony inside.

“Please also look out for signs that friends and family may be suffering from depression. Be patient and be supportive. Listen to them if they want to talk. Encourage them to talk.”

You can sponsor Ben at his Virgin Money Giving page here.