Crowds gathered in Cardington yesterday (Sunday) as an airship once again took to the Bedfordshire skies.

Bobby Frankham and the Team Airship101 flew their thermal airship from Santa Pod to Cardington, on Sunday afternoon as part of the celebration of the final weeks of the Airships Dreams Escaping Gravity exhibition at the Higgins Bedford.

The exhibition, commissioned by Bedford Creative Arts (BCA), commemorates the 90th anniversary of the last flight of the R101 airship from CArdinggon on 4 October 1930.

Unfortunately, due to the global pandemic, the exhibition was delayed and belatedly launched last summer.

Read: Historical airship flight to take place over the skies of Bedford this weekend

Sunday’s weather was kind which allowed Bobby and his team to set off early from Santa Pod before heading to Cardington for a refuel and then back over Bedford.

Elaine Midgley, Director of Bedford Creative Arts said: “It was so good to see an airship over Bedford town centre once again.

“It has been many years since the last airship flew over and we were thrilled to see it over The Higgins where the airship exhibition is until the end of March.

“We must say thanks to Bobby and his team for making this happen. Also, a big thank you to the Bedford residents who took photos, videos and used the airshipdreams hashtag too.”

Bobby Frankham, the owner of the airship, said, “The flight was amazing.

“As airships are very delicate, the cloud was 1300 foot and I needed to fly at 1200 foot legally over Bedford, the wind was coming from Stewartby direction at 8mph so blowing on my right-hand side but we were very lucky on the day, as it did not get windy the higher, we went.

“Once over Bedford I then could see the sheds and there was a crowd, waving. We circled and landed, I turned off the engine as I needed more petrol also. The crowd came up to talk to us, and we met people who had worked at the site many years ago.

“They said how lovely on a damp miserable January day to see something making everyone smile again.”

Bobby said that he will plan more flights when it’s sunny and the fields are dry at the sheds and over Bedford – and there was less likelihood of a crosswind.

“We landed earlier than scheduled at Little Staughton and the St. John’s Arms pub at Melbourne – who had finished serving – stayed open for our 18 crew members to eat. So, a big thank you to them too,” he said.

To find out more please visit airshipdreams.com. To see more footage of the fight please follow Airship 101 on Facebook. 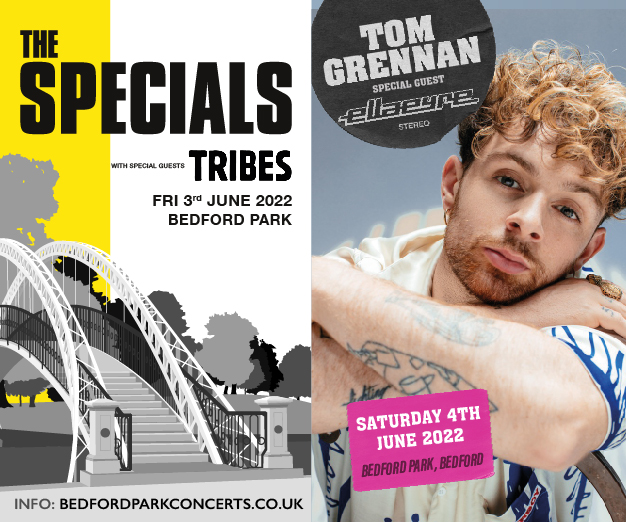