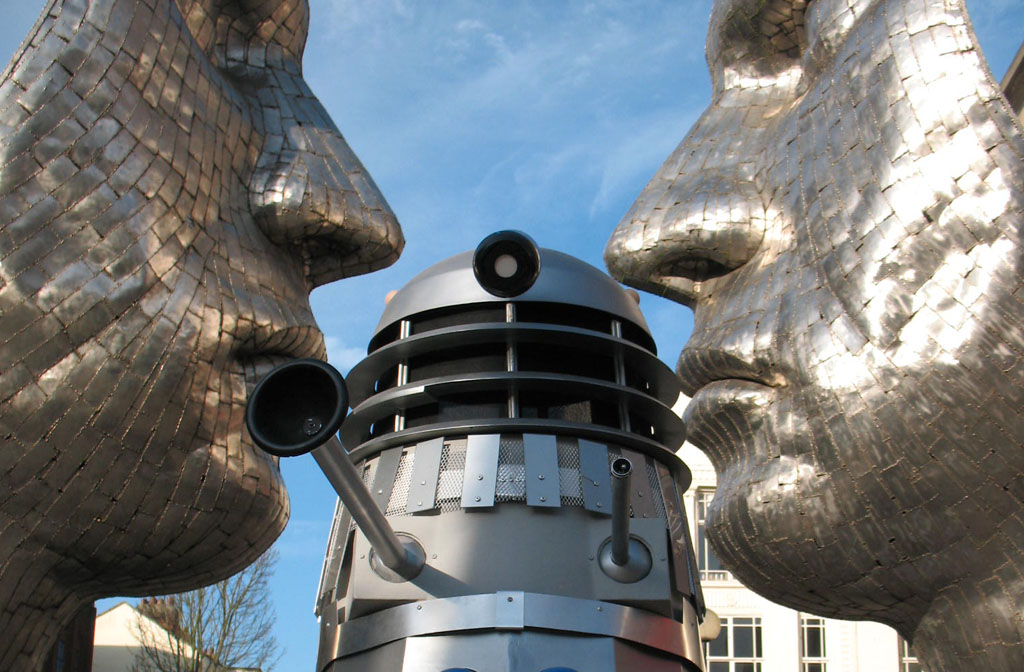 Bedford’s seventh Doctor Who charity convention is coming up very soon – and Bedford Independent readers have the chance to win a pair of tickets.

The Bedford Who Charity Con 7 is on Saturday 9 April at the King’s House on Ampthill Road. All the profits from the event are going to Bedford Foodbank.

Heading the guest list is actor Colin Baker, who played the Doctor on television in the 1980s.

Colin is a veteran of many Doctor Who conventions but describes Bedford’s as “the best one day event I’ve ever done.”

A warm and witty guest, Colin will be joined by Sophie Aldred (who played Ace, the Doctor’s companion) and Terry Molloy (who played Davros, the creator of the Daleks).

Miranda Raison, who starred as Tallulah alongside David Tennant and the Daleks, is coming too; you may also remember her from Spooks.

The convention is being organised by Simon Danes, a volunteer at Bedford Foodbank and a lifelong Doctor Who fan.

Simon first started watching when the series was in black and white and Patrick Troughton played the Doctor. He said: “We’ve got a reputation for running fun, relaxed and family-friendly Doctor Who events, so it should be a great day. People are coming from all over the country and beyond.

“Over the years, Doctor Who fans have raised nearly £30,000 for the Foodbank. I work for the Foodbank every Friday, and I know from experience that we’re feeding more and more people.

“We now have 1,400 clients a month; that’s more than double what it was two years ago. So we’re incredibly grateful to our celebrity guests for coming along to support us this April.

“If you like Doctor Who, we’d love to see you at the event; you’ll really enjoy it. Though if you do come, please don’t feed the Daleks. They can get very grumpy.”

For the chance to win two tickets to the convention, all you have to do is answer the following question:

What is the name of the Doctor’s home planet?

Please email your answers to info@bedfordwhocharitycon.co.uk.

The winner will be the first correct answer drawn out of a hat at noon on Wednesday 6 April. You’ll be notified by email if you’ve won.