Bedfordshire-based writer Fiona Ritchie has published an uplifting new memoir which has been described by Lorraine Kelly as, ‘warm and funny and also totally heart-breaking and authentic’.

Fi’s Ability – a memoir, is a charming stroll through a daughter’s early years growing up in Cornwall, culminating in her caring for her blind mother throughout the pandemic.

Fiona said she developed the idea for her book using letters that she began to write to loved ones during lockdown. The response she received was overwhelming so she continued to write.

Fiona says: “My love of letter writing came to the fore [during the pandemic], as I considered how wonderful it would be if I received a funny missive telling me how a family member was getting on.

“I couldn’t work, and it looked like I was going to have bags of time on my hands, so without consciously realising it, I started to notice things that Mum got up to and simply put them down on paper.

“I then sent them to close friends and family around the UK. The initial response I got was so positive; they genuinely made people laugh, that I thought while we can’t go anywhere, I may as well keep on writing.

“The letters continue today and are as welcome now as the first one over two years ago.” 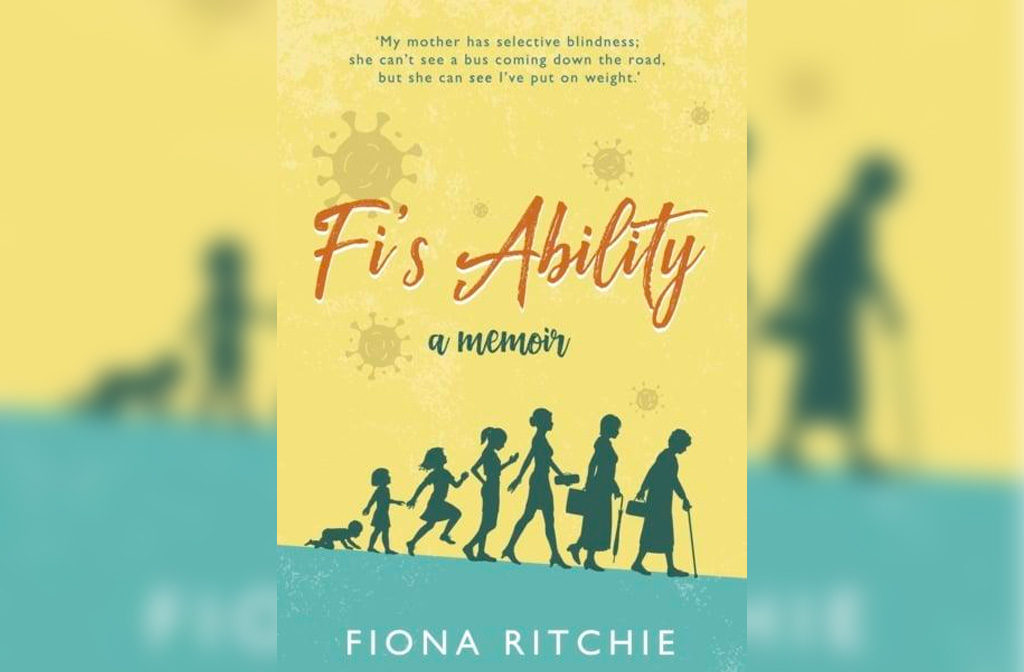 Fi’s Ability shares the daily frustrations of her lockdown experience intertwined with the humour created between a mother and daughter.

Fiona describes taking care of her mother as ‘an absolute privilege’ and ‘gin features heavily’.

“The audience for my book is likely to be an older age group because I think they will relate to it more, but anyone who has a mother should appreciate it,” said Fiona.

“It’s to make people laugh, really belly laugh, which we can’t get enough of at the moment.”

Fiona Ritchie was born in Cornwall and is now living in the north Bedfordshire countryside with her mother.

Fiona took to writing as an escape from a stressful period in her life, and found it helped focus her mind, as well as cheering herself up. Fiona is now a full-time carer for her mum and continues to write letters.