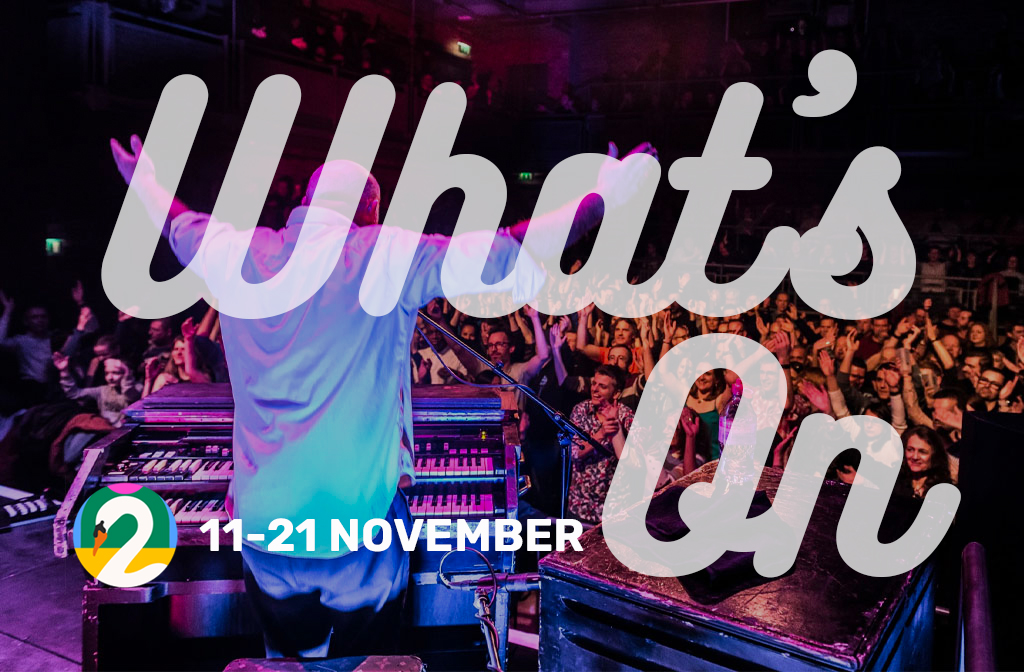 The week has flown by and it’s almost time to make your weekend plans. Here’s our essential guide to what’s on in Bedford over the next couple of weeks, featuring our top tips for you from theatre, art, live music, film, comedy and more…

Launching this week, and informed by years of research, leading visual artist Arabel Lebrusan explores our complex relationships with knives and their variety of roles in this new display.

The work was conceived after Arabel received three crates of confiscated knives and weapons from Bedfordshire Police in 2013. The display explores whether the meaning of an object can be re-established and transformed to evoke different emotions.

The display features seven new works, delving into the commonly held perception of knives from specialised tools in everyday jobs to status symbols and deadly weapons, and transforming their meanings.

Drawing from a selection of over 40 historic examples of blades from The Higgins Bedford’s collections, the display will be accompanied by a publication of short stories.

Members of the public and amateur writers were invited to pen new histories and narratives for the culturally significant objects, giving a voice to individuals in the community with a story to tell, as well as encouraging them to consider the varied roles of knives. 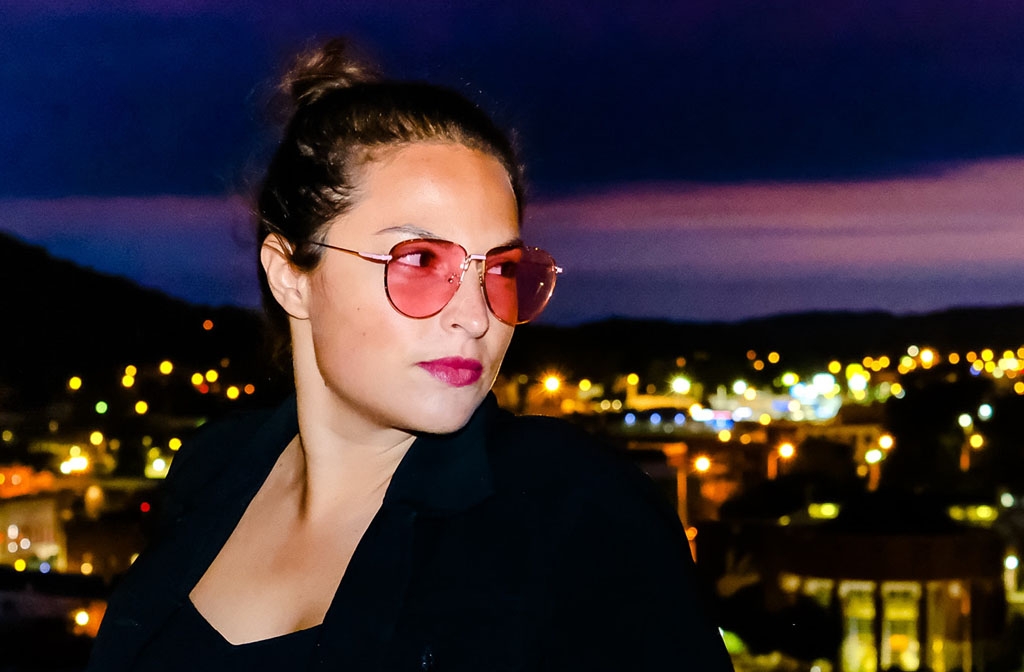 Bedford’s very own Danni Nicholls heads to Esquires this week for a much-anticipated hometown show.

Danni up on the American roots music of her Anglo-Indian grandmother’s record collection and has been paving her way in the Americana and roots scene for over a decade, building a loyal fan base and much critical praise.

After the complete halt in performing live over the past 16 months, Danni is excitedly returning to play for her hometown crowd.

With three acclaimed studio albums, produced by and featuring some of Nashville’s finest under her belt and the wind still in her sails from three consecutive Americana Music Association UK award nominations plus extensive tours and opening slots with the likes of Shakin’ Stevens The Secret Sisters and Lucinda Williams, Danni, her stunningly powerful, arresting voice and her dynamically poetic songs are ever-building momentum. 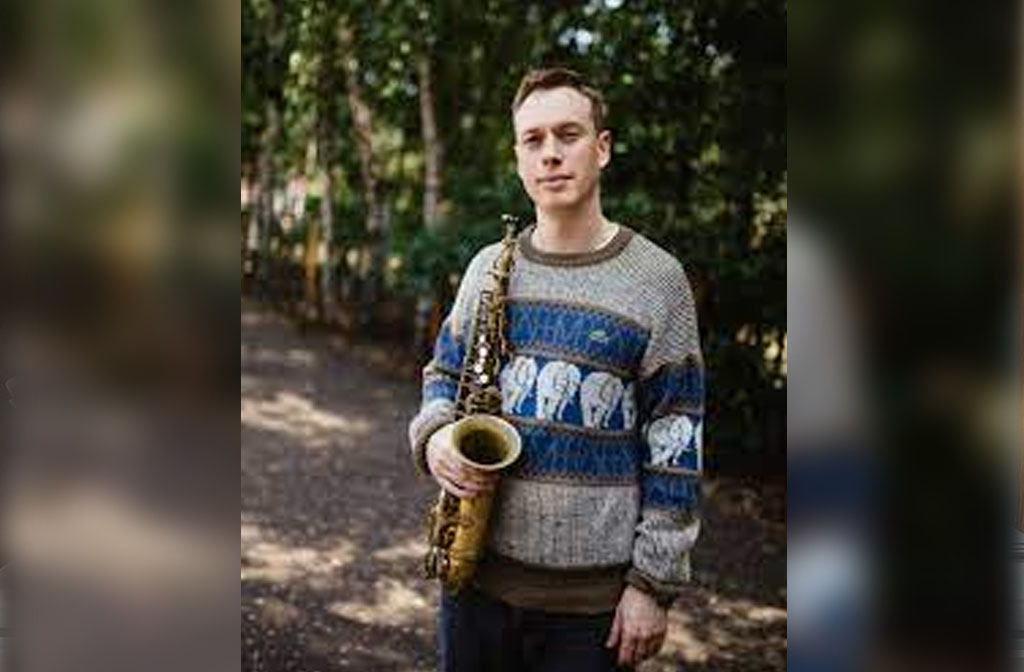 This month The Place continues the ‘All That Jazz’ concert series with an evening with Alto Saxophonist Sam Braysher.

Sam will be joined by double bassist Asaph Tal and drummer Mark Hale. 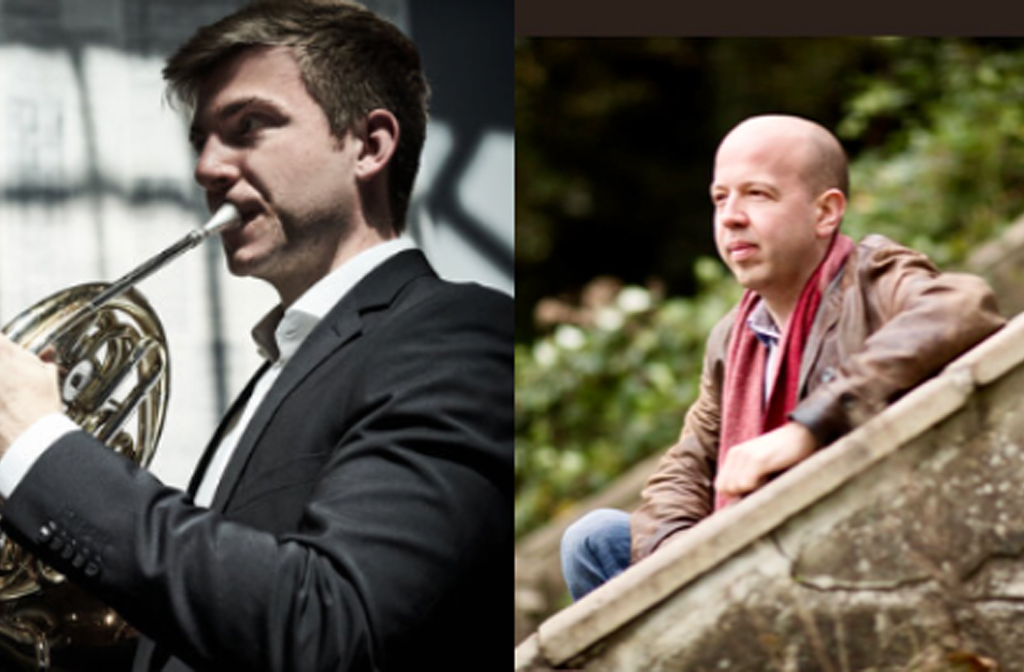 Bedford Music Club hosts sensational new French horn player, Ben Goldscheider and his partner on the piano, Huw Watkins, in a programme that spans the Classical, Romantic and Contemporary periods. 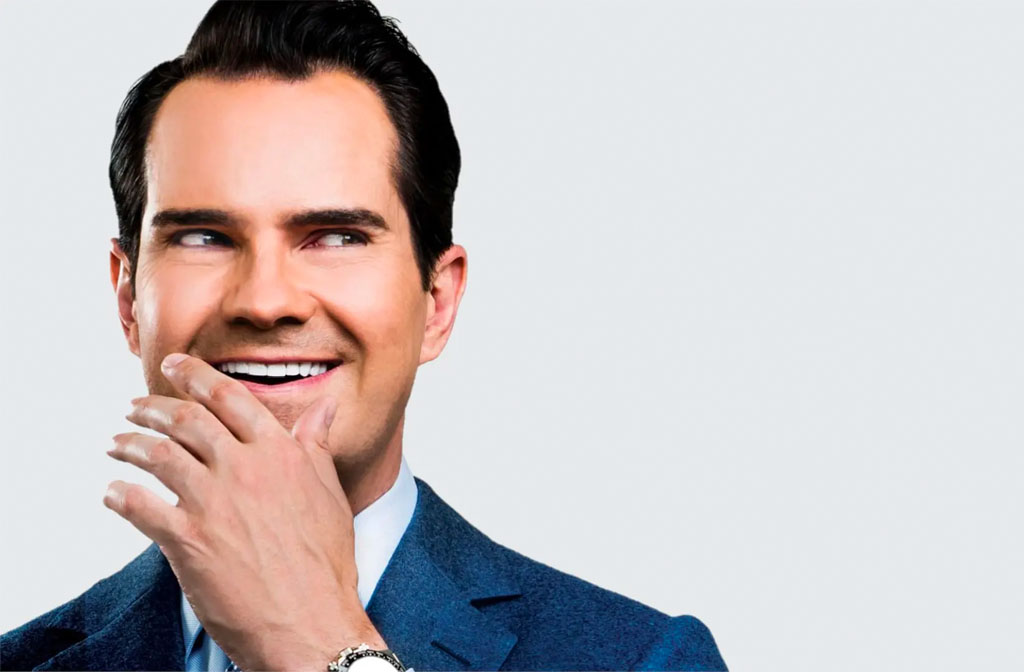 Jimmy’s brand new show contains jokes about all kinds of terrible things and if you don’t mind sitting on your own, there are still a handful of single seats available for both of his shows this Friday.

Having political correctness at a comedy show is like having health and safety at a rodeo.
Now you’ve been warned, buy a ticket. 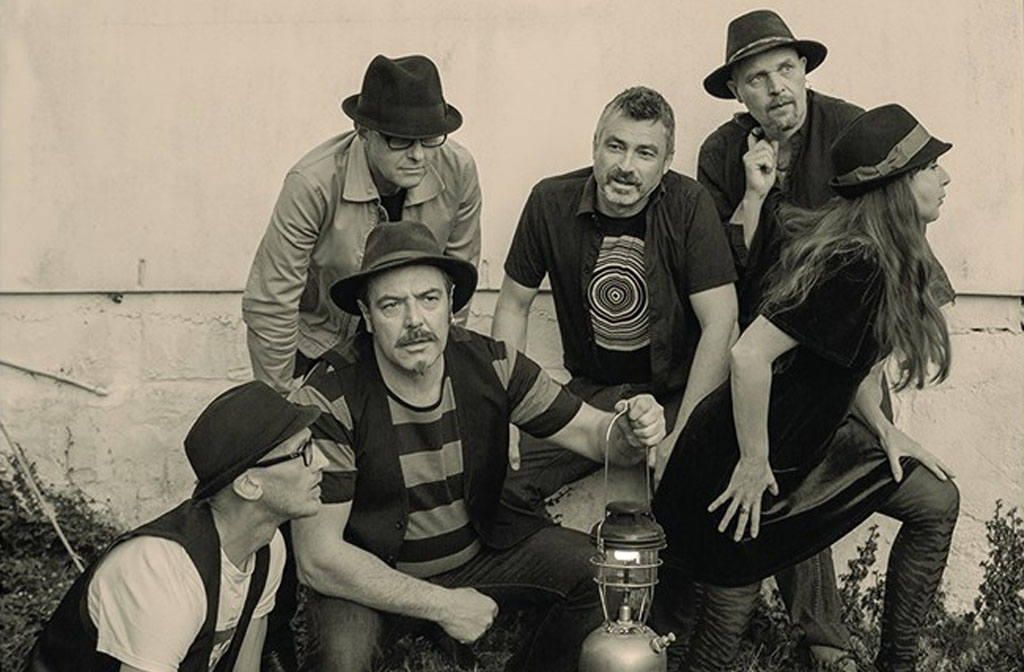 Mad Dog Mcrea are back making their third visit to Esquires, smashing out a unique blend  of folk rock, pop, gypsy jazz, bluegrass and ‘shake your ass’ music from self-penned songs of adventure, drinking, love and life, to traditional songs of gypsies, fairies, legless pirates and black flies – Mad Dog never fail to capture their audience with their infectious songs.

In constant demand and having played just about every festival and two-bit, jibe-arsed dive in Christendom, Mad Dog Mcrea are, in every sense of the word, a live, band.

Workshop: Craft and Chat Sessions
The Place Theatre at 2pm and 4pm
Tickets are free and can be booked on the website 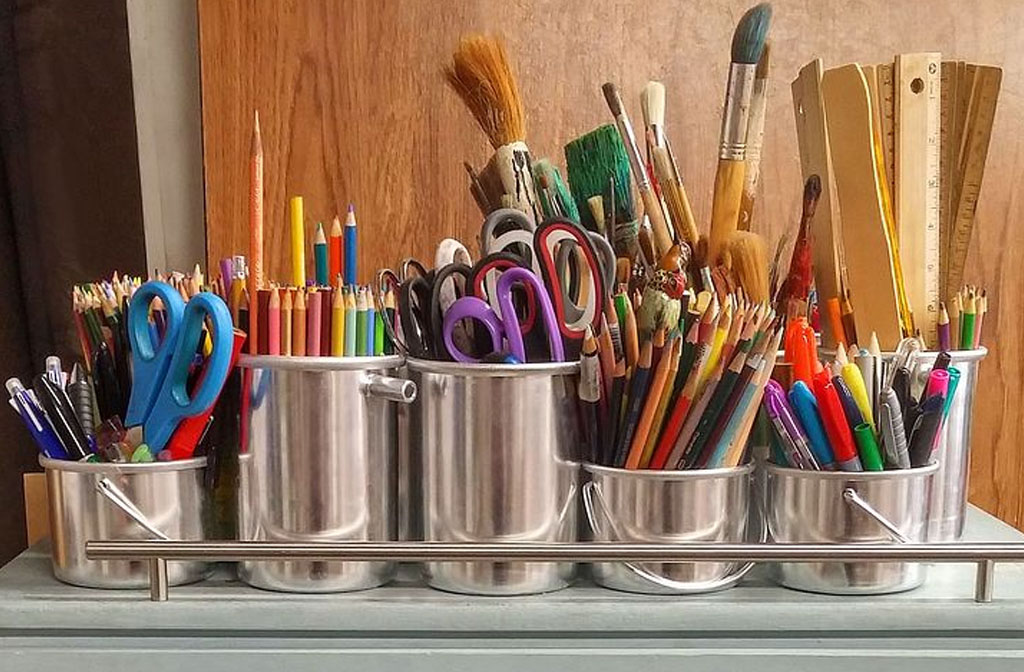 An opportunity for a warm drink and a warm conversation whilst honing those arts and crafts skills. The resident designer will be there in case you need inspiration, offering plenty of ideas for what to make and always on hand for a lively discussion.

Mangled Yarn Theatre Company will provide everything you need, including craft materials, hot drinks, and snacks. Email info@mangledyarn.com for more info, or book your place online. 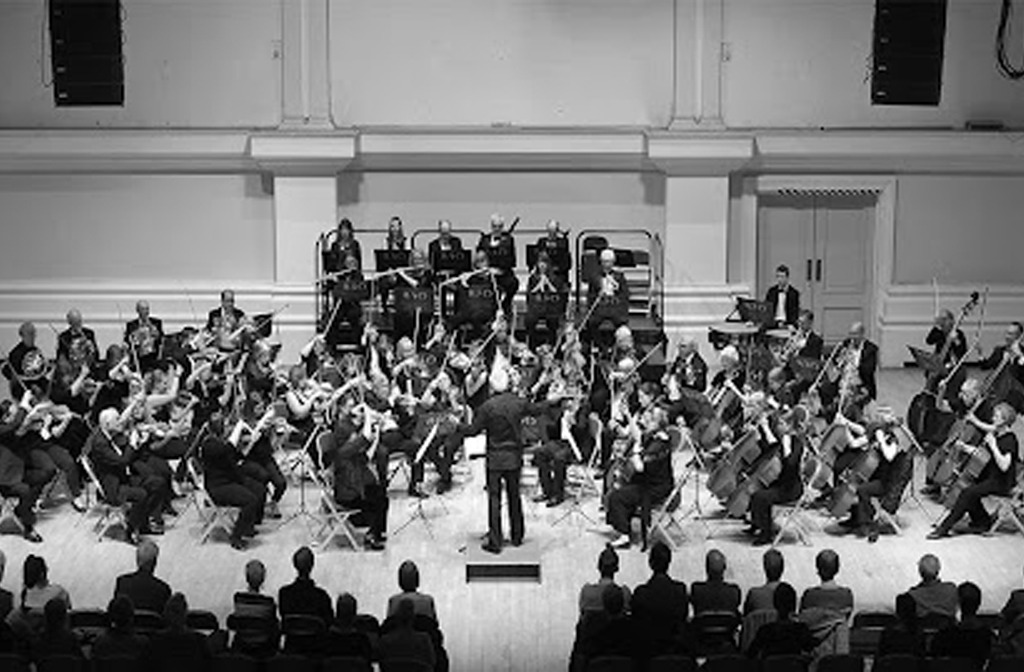 Bedford Symphony Orchestra under the baton of Michael Rose is delighted to be joined by viola soloist Timothy Ridout, who performed at the BBC Proms only a couple of months ago.

The concert will open with Beethoven’s superb Egmont Overture and finish with Tchaikovsky’s tuneful second symphony (known as “The Little Russian” but actually based on Ukrainian Folk Songs).

Theatre: The Death of King Arthur
The Place Theatre at 7.30pm
Tickets: from £8 available from the website 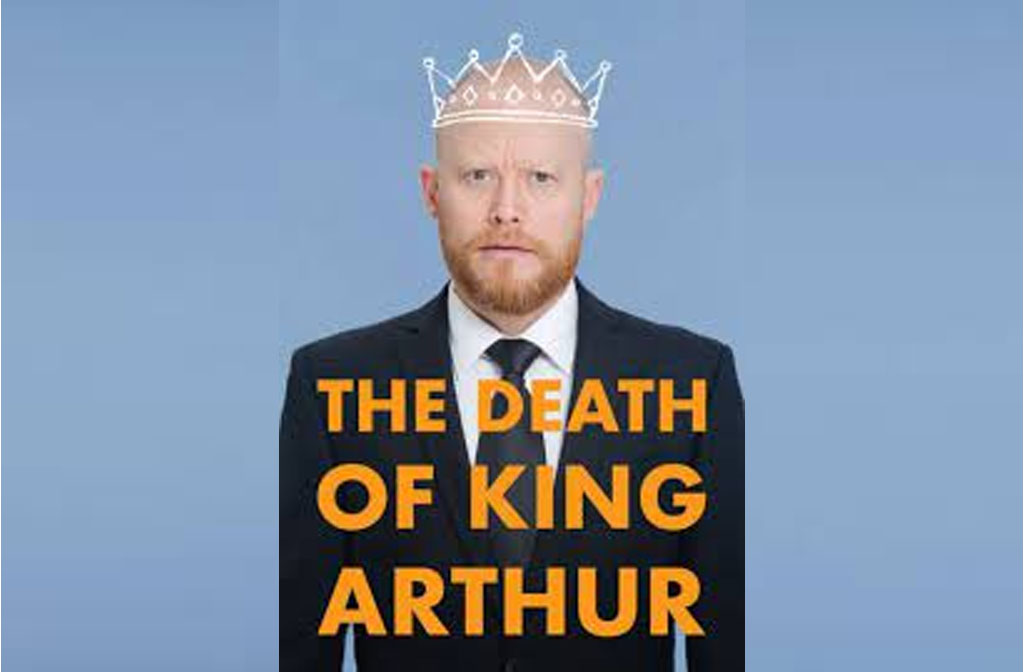 The Death of King Arthur is a new version of a very old story, an interactive twist on the enduringly popular tales of Arthur and his knights. Choose which parts of the story you want to hear: The bit about the sword in the stone? Lancelot & Guinevere? How Arthur dies? Or the other version of how Arthur dies? …or the other other version? Sit back and enjoy or actively take part in the decisions that guide the story. Each show is unique, depending on the audience’s choices… bringing a lost Britain back to life and asking what the old tales can tell us in these complicated times.

Examining British identity, our relationship with Europe and ‘fake news’, The Death of King Arthur explodes the legend we all think we know and asks: What story do you want to believe?

Workshop: Move & Code
The Place Theatre at 10am – 5pm
Tickets: £5  and more information available from the website 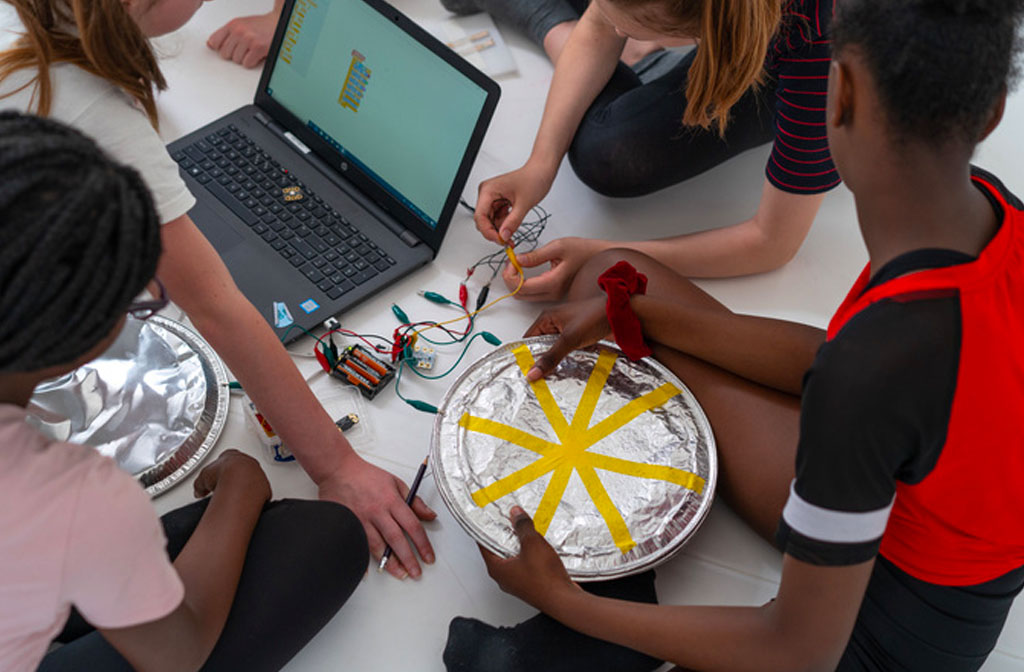 MOVE AND CODE is a one-day workshop that uses movement and physical computing to build and code a light that interacts with movement. The workshop is aimed at school years 6-8. 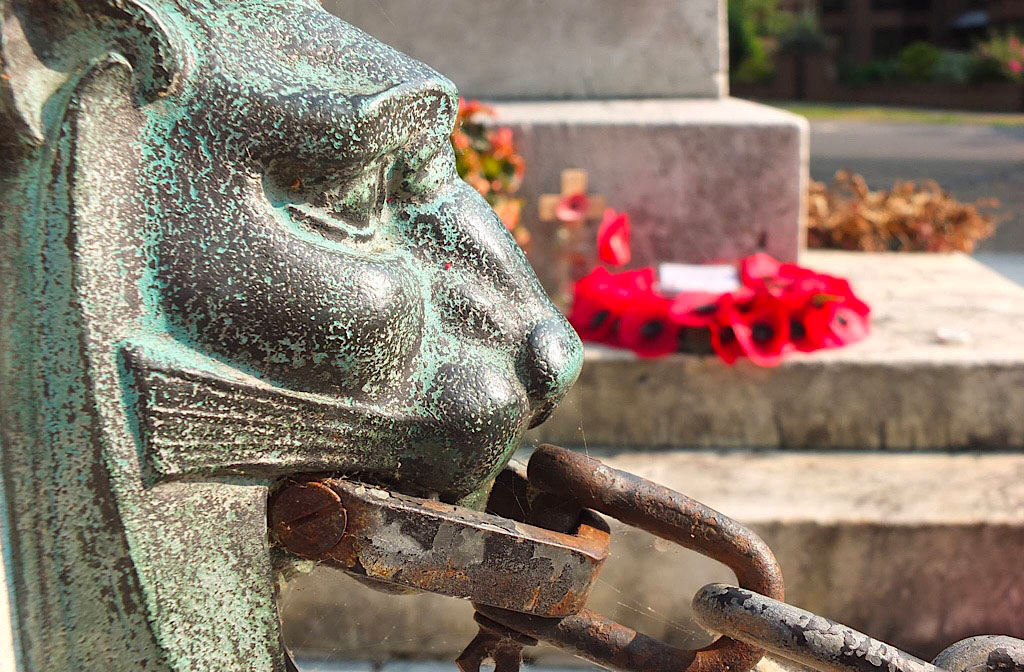 On Sunday 14 November, the traditional wreath-laying ceremony and march-past will be held at the War Memorial on Bedford Embankment.

The event is a collaboration between Bedford Borough Council and the Royal British Legion.

After the wreaths have been laid, the Parade will march down the Embankment, across the High Street and St Paul’s Square, finishing in Harpur Square. 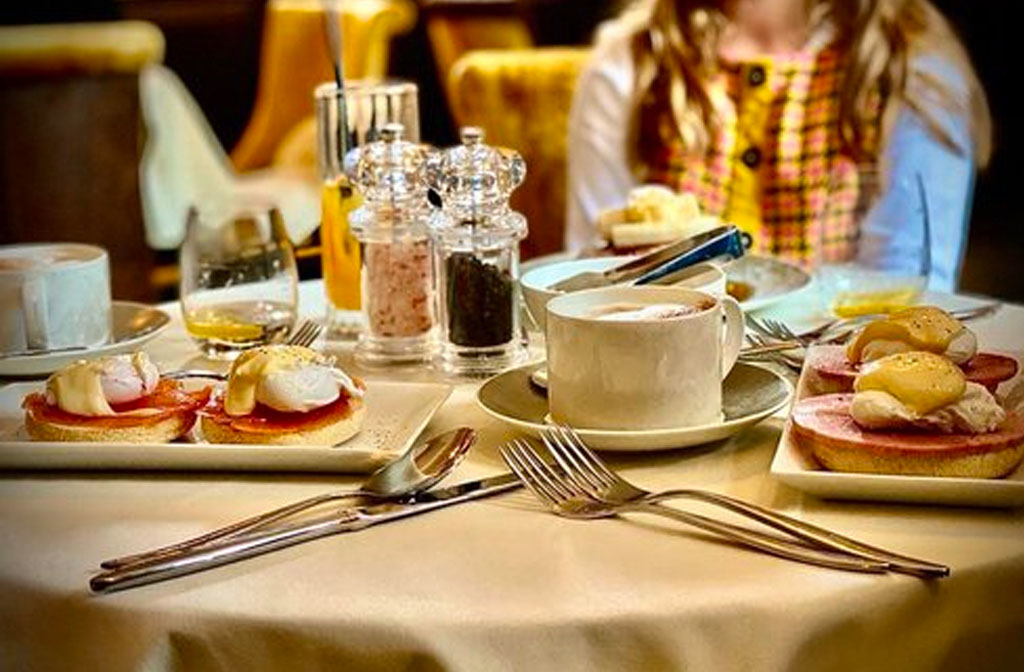 Make a relaxing start to your Sunday, listening to Natalie Adusei in the beautiful surroundings of 3 St Peters. 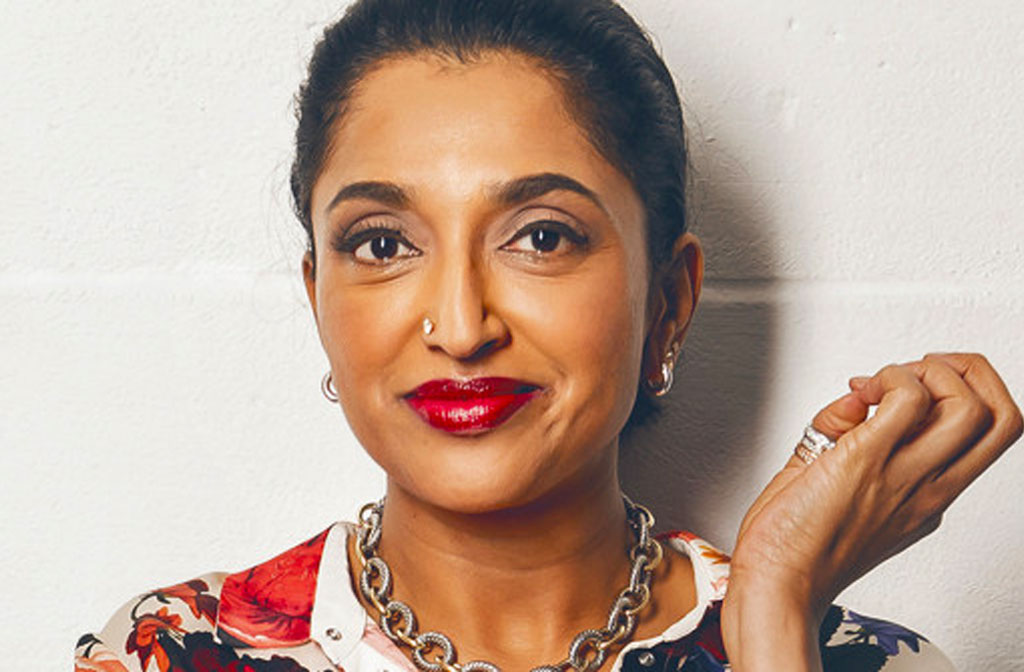 A brand-new show about the hair we want, the friends we have, and living the vast difference between virus and viral.

As seen on Live At The Apollo, QI, Have I Got News For You and Sex Education and heard on Radio 4’s Things My Mother Never Told Me (About Lockdown) and The Guilty Feminist podcast. 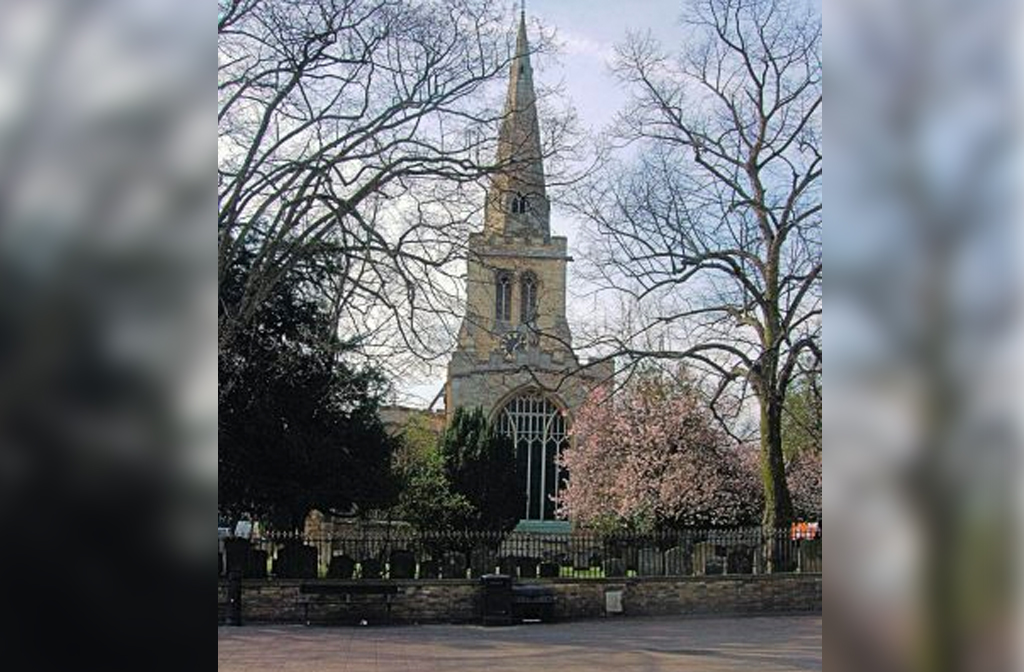 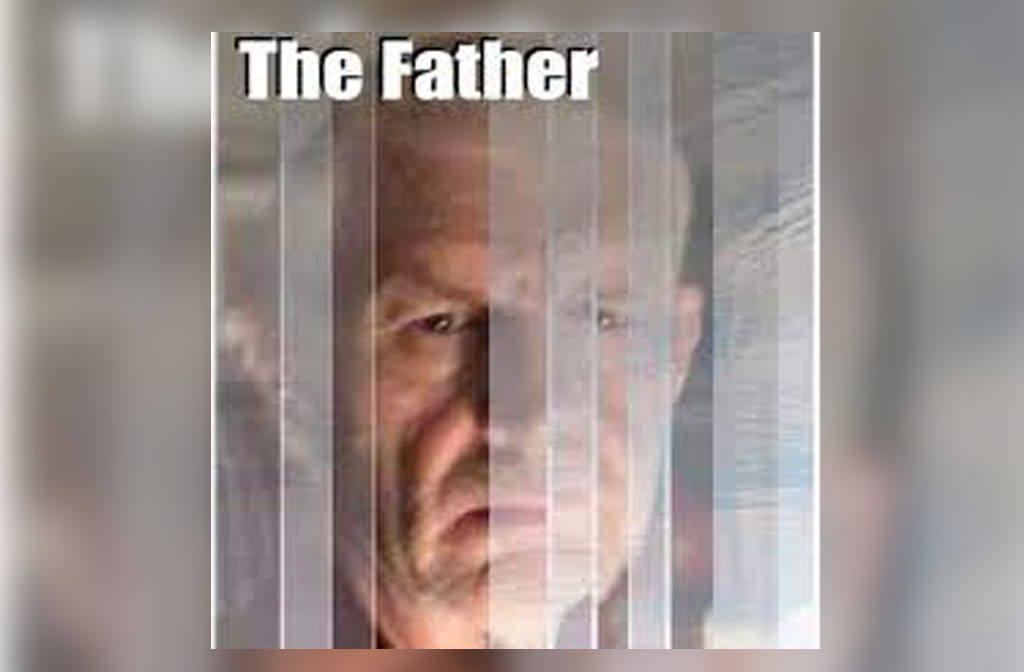 Andre is a man facing a barrage: his favourite watch goes missing, (he has his suspicions), his daughter Anne tries to take his flat and her husband (or lover) is not sympathetic. To top it off, strangers keep turning up claiming to be his family. Andre knows he is no idiot, yet why do some talk as if he is?

With dark humour and poignancy The Father is an unsentimental, emotionally intense look at the world through the eyes of a man experiencing memory loss.

Winner of France’s highest theatrical honour, the Moliere Award for Best Play, The Father has dazzled audiences and critics alike in London’s West End and on tour. 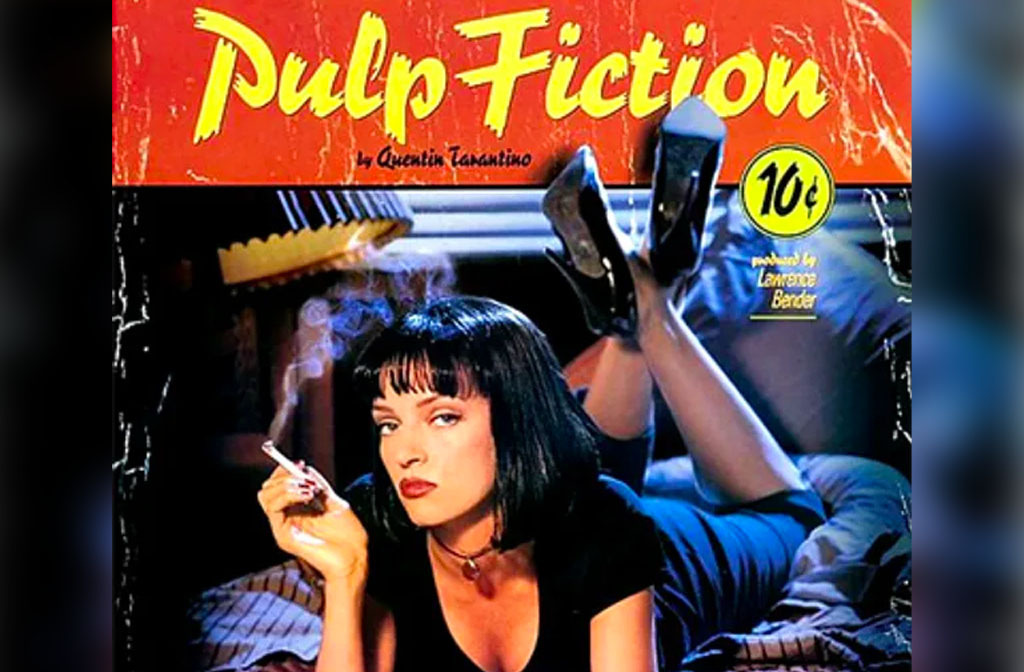 Shown as part of the Cinema at 3 St Peters’ Tarantino season. 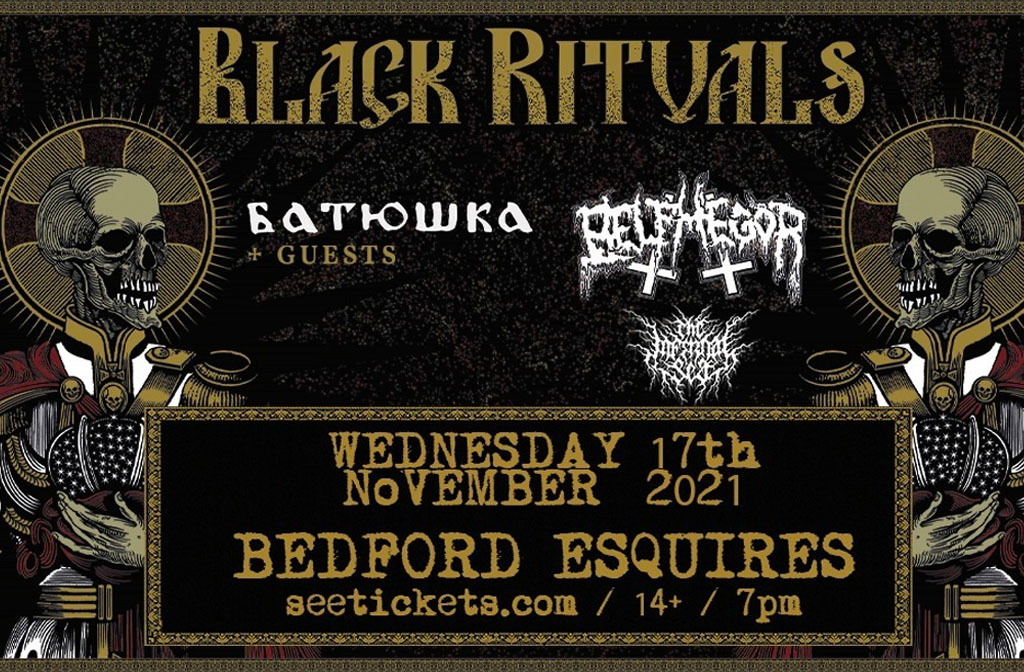 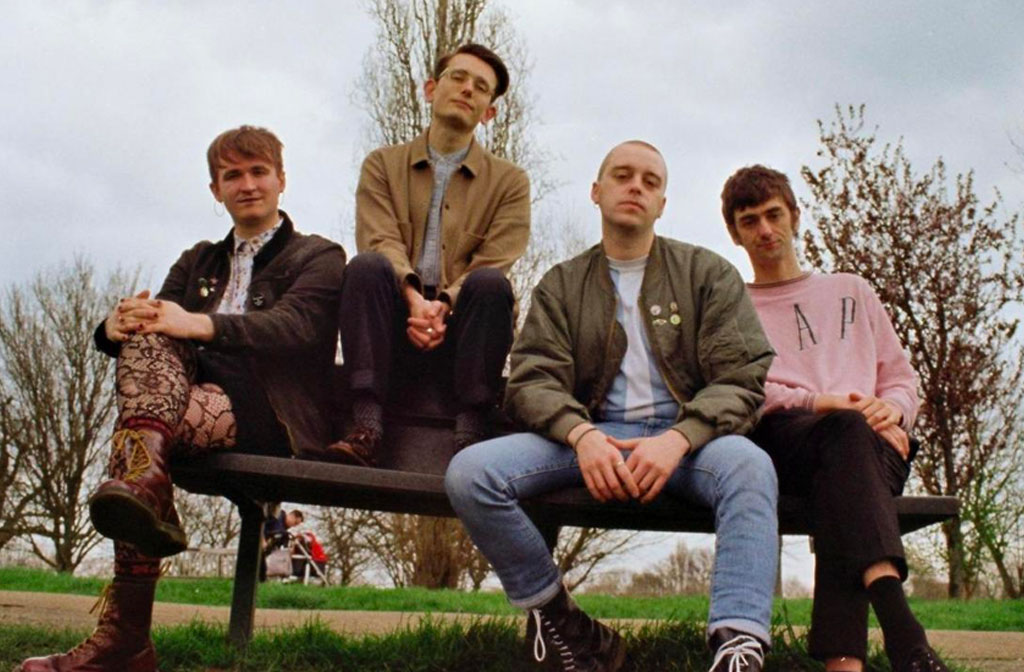 Italia 90 are one of the latest bands to emerge from the burgeoning music scene gravitating around the post-punk breeding grounds of venues such as Brixton’s The Windmill, Peckham’s Rye Wax and the previous incarnation of Five Bells in New Cross.

The group relocated to London seven years ago from their native Brighton, bringing along with them a hardened determination to carve out a unique space for themselves within a competitive environment.

Early releases evoke the politically charged rhetoric and relentless drive of bands like Sham 69, Cockney Rejects and The Ruts and their latest EP mirrors the transition into the rhythmic angularity of the proceeding post-punk years heralded in by Joy Division, The Fall and Wire. 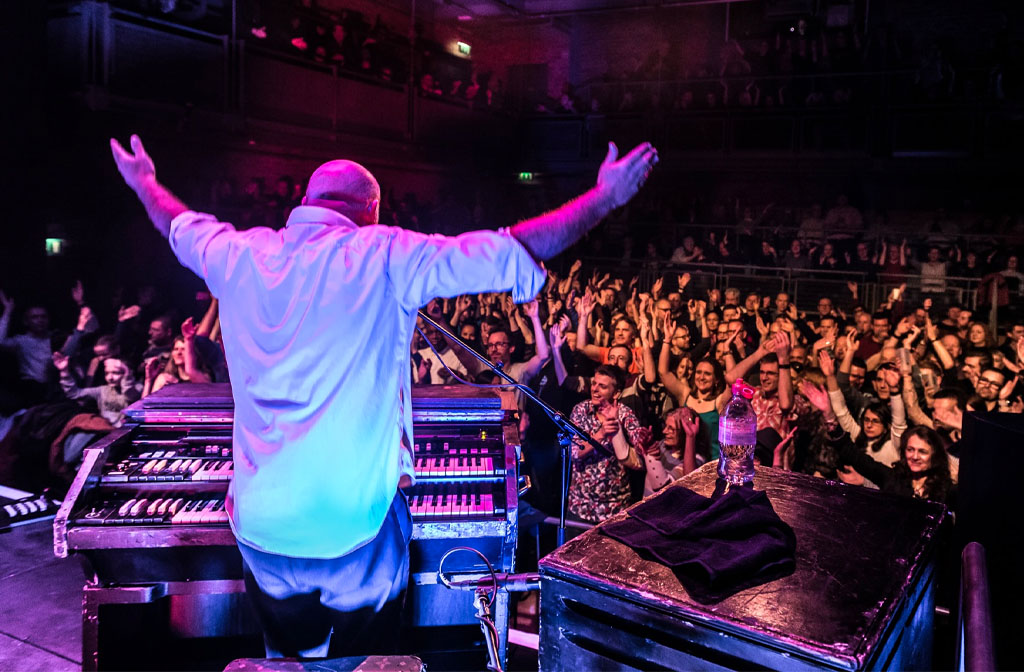 James Taylor, one of the great British instrumentalists of his generation has taken his trademark howling Hammond sound to the masses for over 25 years and he’s back to tear the roof off Esquires once again.

After packing out Esquires in 2019 with the 40th anniversary ‘Unknown Pleasures” concert, Transmission: The Sound of Joy Division are back to perform the 1980 second and final Joy Division album in full + a second set of other Joy Division classics.

“Closer” was released in June 1980, two months after the untimely suicide of lead vocalist Ian Curtis. Named ‘Album of the Year” by the NME in 1980, “Closer” is widely regarded one of the finest releases from the Post-Punk period. 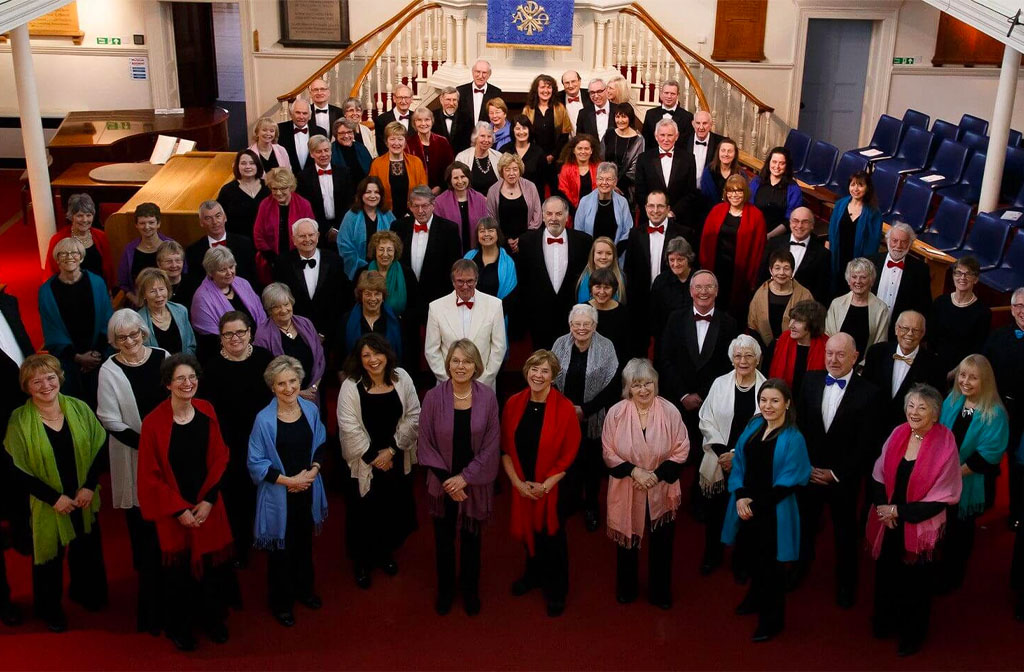 Rossini’s Petite Messe Solennelle is neither little nor particularly solemn. The work is a very substantial setting of the Mass in fourteen parts; Rossini used the term “petite” as a modest evaluation of its importance.

It is scored for four soloists and at least eight voices (“men, women and castrati”) as a chorus with two pianos and a harmonium. A setting of the Mass which used women’s voices was not eligible for performances in Catholic churches and so the use of the instruments was a very practical solution for salon performance. The percussive nature of the piano contrasts with the sustained support of the harmonium to give a flexible accompaniment. 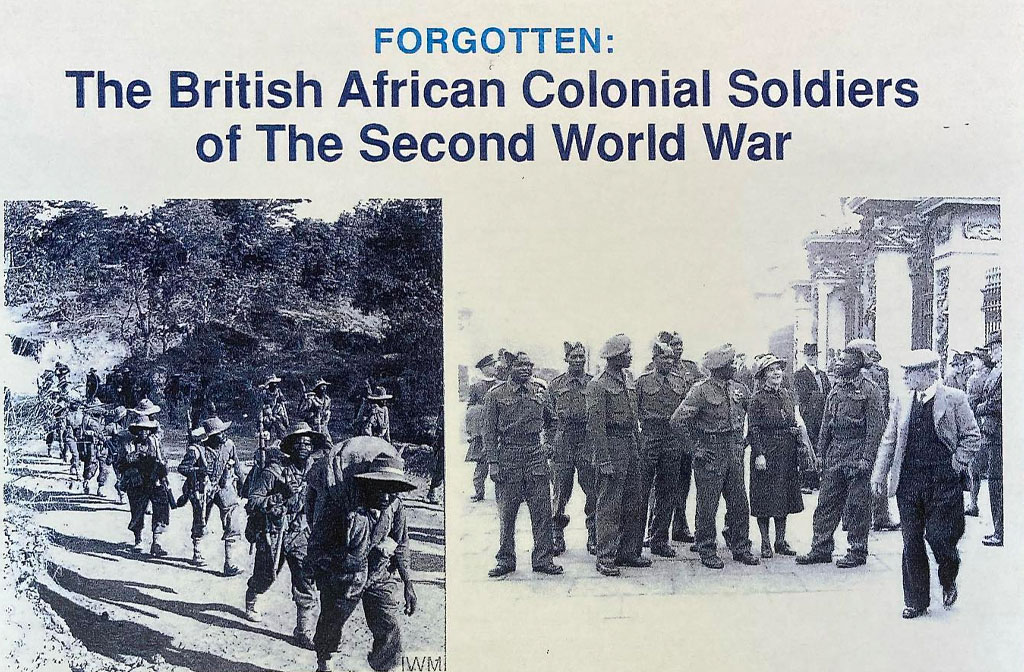 An exhibition commemorating the African experience during World War II.

Alongside it in the Connections Gallery, and curated in partnership with the local community, visitors will discover community treasures, oral histories, artefacts, screened digital materials, animation, graphic design and young people’s responses to the themes. 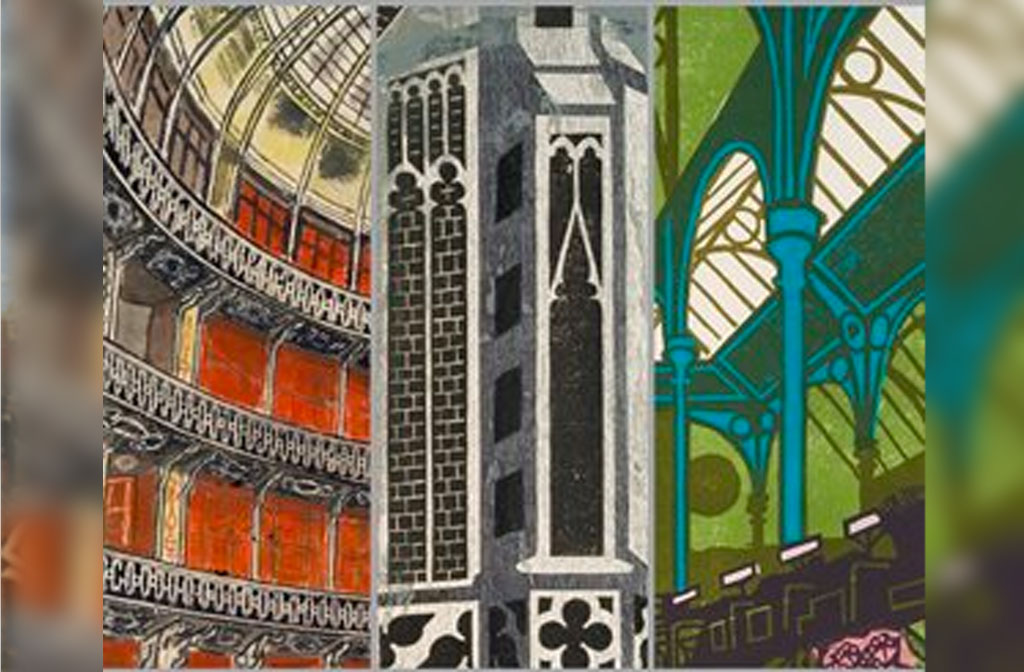 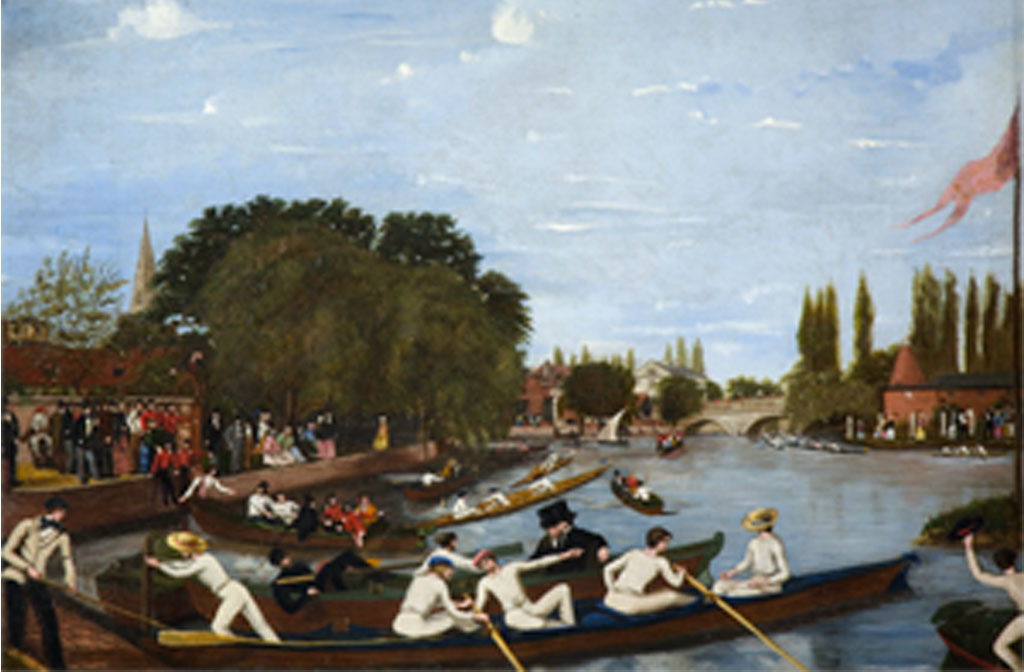 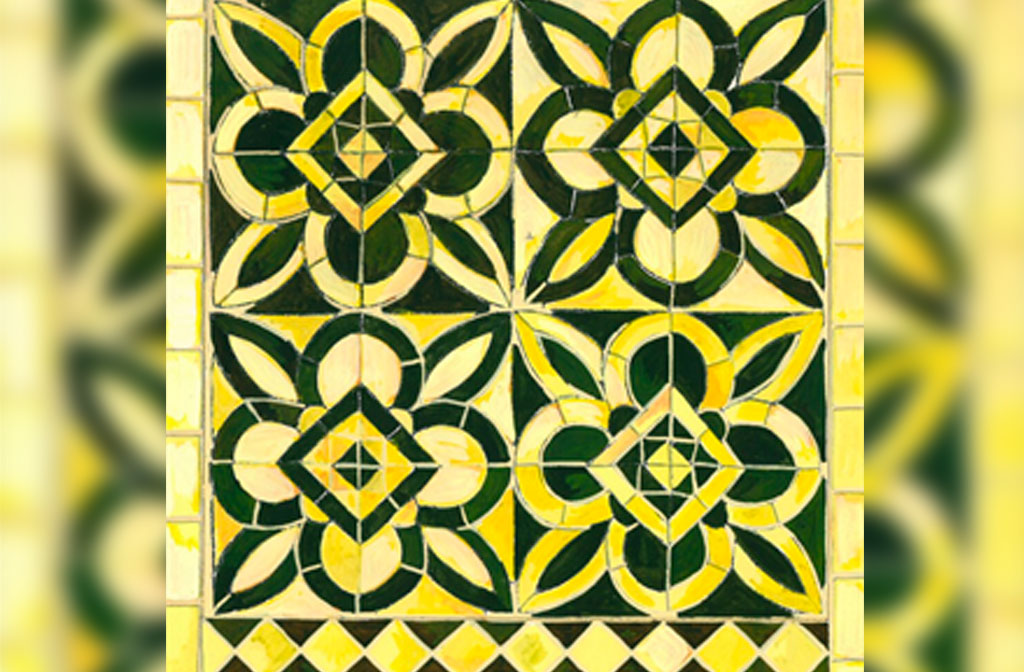