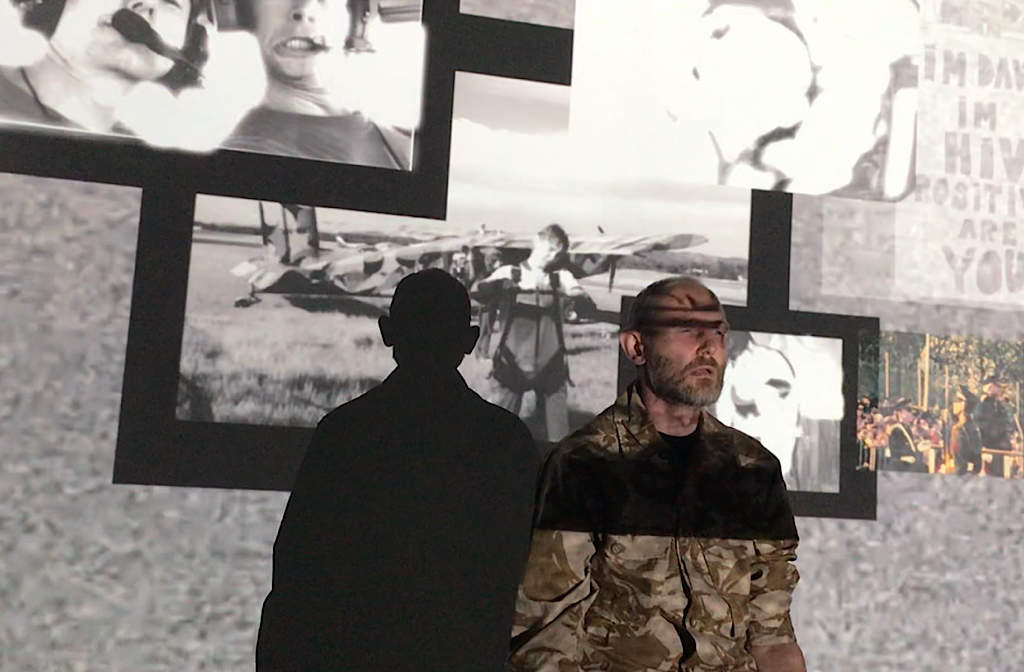 A new hard-hitting show combining film and performance will have its debut at The Place Theatre this month, asking us to remember homeless veterans.

David Tovey’s new autobiographical work, Unknown Soldier, follows the journey through the life of the eponymous soldier and, says David, has been 29 years in the making.

In 2019 it was reported that 16,000 ex-servicemen were homeless or in prison and artist and campaigner David Tovey used to be one of them.

In this new landmark piece, you will journey through the life of the ‘Unknown Soldier’. In this powerful film and performance, David draws you into a psychological space made up of his own experiences of homelessness, attempted suicide and serving his country.

The film provides a disorientating and stark backdrop to a performance blending ambient sound, spoken interview, historical archive footage and moving image to explore homelessness, alcoholism, addiction and the life of a homeless soldier.

To accompany the film, David performs and narrates the journey of a soldier and his battle with mental health, PTSD and homelessness. The whole experience guides us through memories lost as David takes the ultimate decision to end his life.

It is raw, uncompromising and brutal.

Homeless veterans in the UK

‘Unknown Soldier’ highlights the struggles that people face when they leave the armed forces with a shocking lack of resettlement and mental health support.

In the UK today, there are deep questions to be answered about how people who serve this country are treated. As society recently reflected on the centenary of the First World War with fields of poppies, grand exhibitions up and down the country, David invites you to consider the legacy of war and the situation ex-soldiers find themselves in now.

David has chosen the name ‘Unknown Soldier’ to highlight how little people will ever know about what he and others have been through, whilst serving and after. On average 70 veterans take their own lives every year in the UK, Many of those were homeless.

“Imagine leaving school at just turned 16, a young 16 at that, and within weeks you’re being taught to kill people,” said David.

“If that was normal they would be teaching us that in schools, but it’s not. I think that explains this show and how hard it has been to make this show.

“It has bought back memories good and bad that I’ve been hiding from myself for years – joy, surprise, pain, trauma and forgiveness… the list goes on.”

David will be hosting a talk and Q&A after the show to allow the audicen to delve deeper into the subject matter.

“But the best part is that this is the first Friday night back at theatres and what better show to come and see,” he said.

One Festival of Homeless Arts

David hopes to tour the Unknown Soldier following its debut in Bedford. Alongside writing and performing, David established the One Festival of Homeless Arts.

“If you know of any homeless artists or art groups that would like to showcase their work we would love to hear from them,” said David.
“We hope that this year’s festival will have more workshops and interactive talks as well as all the artworks.
“If Bedford wants to host an exhibition as part of this year’s One festival that is also very welcome.”
Anyone interested in taking part in the One Festival can contact David on Twitter.
Share
Facebook
Twitter
Pinterest
WhatsApp