Are you a heavy metal fan, desperate to share your love of rawk with your kids, but worried the mosh pit is no place for a five-year-old?

Then you need to book tickets for Slay Duggee at Bedford Esquires on Sunday 3 October – a full-on headbanging, circle-pitting, heavy metal gig for kids featuring the ‘Lords of Toddler Metal’.

Slay Duggee’s ‘My First Metal Gig’ is a chance for parents to share the music they love, in the venue they love, with their kids (which we are almost 100% certain they also love).

Fresh from a sold-out show at the Craufurd Arms in Milton Keynes, the rock dogs will play all their hits and more for Bedford metal fans, whatever their age.

There will be heavy metal face painting, a kids’ metal disco, tattoos (temporary), and then a live show from Slay Duggee where the five dogs will teach kids all about gigs, from moshing, to pogoing, to circle pitting (and triangle pitting), and maybe even a heavy metal conga line too.

Tickets are £6 and you can buy them here. 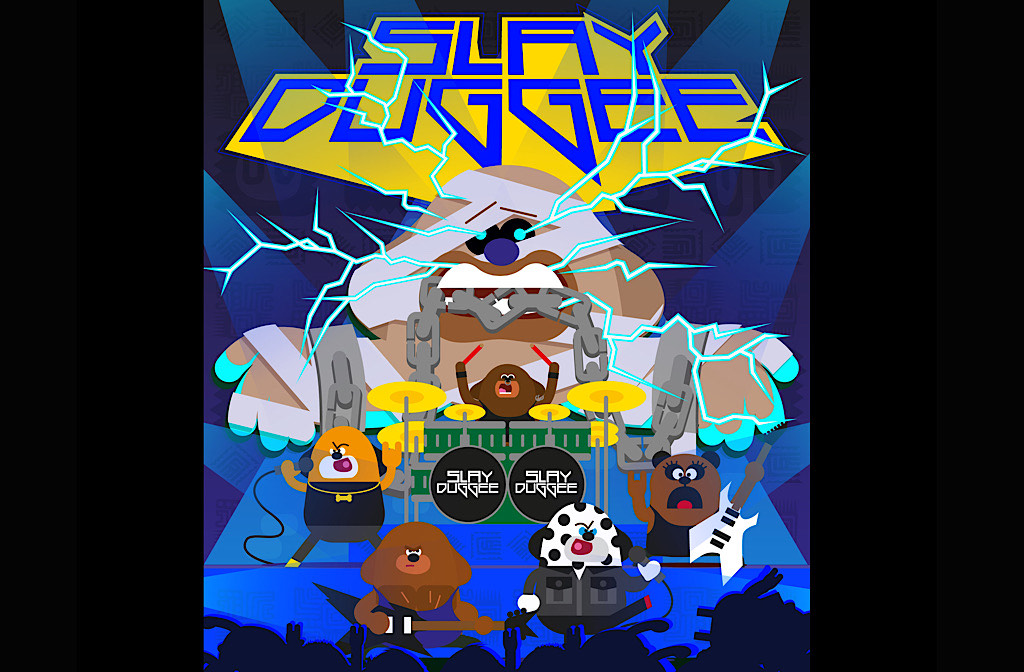 Not our words, the words of Steve Lamacq

Even Steve Lamacq is a fan. Only 48 hours after forming in early 2018, Steve Lamacq played their single ‘Stick’ on BBC Radio 6 Music and dubbed Slay Duggee as the ‘Lords of Toddler Metal.’

Fuelled by a viral cover of ‘Baby Shark’, the Essex band have had over 40 million video views online and played at the UK’s biggest independent metal festival Bloodstock, performed a live session for Steve Lamacq on BBC 6 Music, and have given hundreds of thousands of kids worldwide their first taste of heavy metal.

Slay Duggee have collaborated with rock gods such as TesseracT guitarist James Monteith, and Nekrogoblikon vocalist and songwriter Nicky “Scorpion” Calonne with their cover of The Lego Movie’s ‘Everything Is Awesome’ and TesseracT singer Daniel Tompkins on their Christmas single ‘Walking In The Air’.

The show is from 1pm – 3pm on Sunday 3 October. Tickets can be purchased via Seetickets here.