Who? Adam James Urwin (The Scruff) + Banton
When? Saturday 22 May 2021
Where? Esquires, Bedford

If there is one positive thing about Covid – and there isn’t – it would be that we appreciate outdoor spaces more. As long as it’s not raining. Or cold. Or both. Which it often has been.

But along with pubs and bars and venues around the country, Bedford’s Esquires has turned a substantial section of its previously ugly car parky entrance area into a beer garden – and quite a stylish one at that.

As car-parky beer gardens go. And former Bedfordshire on Sunday roving freelance music and nightlife reporter Vim Vathers lives in North London these days, so he ought to know. Surely? (The North London tw*t).

It’s still in what’s basically a car park, but it’s strangely brilliant. And you can drink beer in it – sitting down (multitasking). Although the sitting is optional. I think. You probably have to wear a mask if you stand up, or something. Or do a jig.

Indoors, gigs (easily mistaken for jigs) currently involve sitting in a line of four seats – a bit like at a bus stop. But without any buses. Or angry drunks – currently. Instead, you puzzle out how to download and use a new app. And then someone magically brings you drinks on a tray. Another positive about Covid. If there were any.

Another difference between bus stops and these rows of seats in Esquires is that there are about 20 of these linear four-seat pods, each facing towards a stage – upon which a musician or group of musicians stands up and performs music. Well, the drummer usually sits.

The first of two musical acts last Saturday was Banton. Dunstable-based (Luke) Banton was doing a solo show, so there was no drummer.

Nevertheless, he moved around the stage playing different instruments at various times, so it was a bit like watching a band – but where the members were never in the same place at the same time. That’s quantum physics for you.

He even sat down at one point, to play piano – his first time doing so in front of a live audience. Playing piano, that is. Well, apart from the matinee… Yes! Welcome to live music, Covid-style 3.0.

Banton opened on electric acoustic guitar with the much-liked, catchy ‘Music is the drug we all need’. That was followed by a few new songs. We particularly liked: ‘How do you sleep?’

And after his successful piano interlude, Banton returned to the standing position, this time on electric guitar, finishing with ‘Easy life’ – accompanied on this final song by his trademark rhythm and melody loops.

We very much like Banton; a friendly, unpretentious, likeable guy and a talented songwriter and performer, he’s developing an amusing, self-effacing communication style with the audience. Banter with Banton. It’s a thing.

Then after a refreshing interval in the beer garden (did I mention the beer garden…?), the headline act… Billed simply as ‘Adam James Urwin (The Scruff)’, it was actually the full new lineup of The Scruff – complete with a new drummer and with the departed guitarist replaced by a great female backing vocalist, or second vocalist, who turned out to be Adam’s sister.

It was an emotional return for The Scruff after a year away from live shows, the weirdness of Covid, and a few other ups and downs – such as the departure of guitarist Jack and of former drummer and founding member Omar.

With the first outing of the new line-up and with ‘band parents’ – different to ‘grandparents’ – in the audience, the emotional content was ratcheted up further by the inevitable performance of The Scruff’s brilliantly moving song ‘Her’.

Around the darkened room, I suspect there were a few pairs of moist eyes sitting in rows of four. The people sitting, not the eyes… You get what I mean…

But it wasn’t all moody introspection – far from it.

You probably don’t need me to tell you that The Scruff is a class act that mixes upbeat, high-tempo and downbeat moments, angsty bits and witty ditties. And that’s just in one song. Or one chorus. One line. One word. OK, that’s being silly…

But the 2020 single ‘We all fall down’, for example, mixes reggae and ska and indie-pop elements. And Saturday’s surprising and rousing singalong cover of the 4 Non Blondes song ‘What’s Up?’ highlighted what a versatile band they have become.

And in frontman Adam James Urwin, they have a talented, likeable and unusually witty performer. Even though he claimed his hands were shaking, his chat with the (bus-stop-seated) crowd seemed effortlessly funny and warm – and a huge highlight. Comedy and music merged. Comusic? Mumedy? Comic!

This culminated in him divvying up the audience into three sections towards the end of ‘Let you down (I won’t)’ and orchestrating an audience-sung three-part chorus for this infectious singalong – much fun.

I doubt Radiohead ever does that. (Young person reference: Radiohead is an old, somewhat moody, indie band. Yes, I know – ancient…!). Maybe they should try. They might just like it. Or maybe not. Or maybe they now do – in a parallel universe.

But we like The Scruff even more for doing so.

This band was on a steep upwards trajectory prior to 2020. And on this showing – brilliantly hosted by their spiritual home Esquires – I think great things still await them.

As hopefully also awaits Esquires – with its marvellous multi-bus-stop pods and its Ibiza-style beer garden.

Vim Vathers is a previously Bedford-based journalist that gained some local notoriety in the late 1990s via his monthly Members Only music and nightlife columns in the Bedfordshire on Sunday. Part fictional character, part deluded fantasist, he now lives in North London. 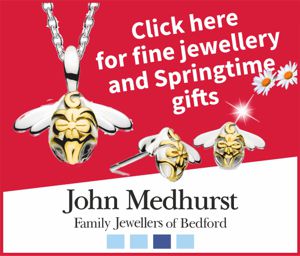