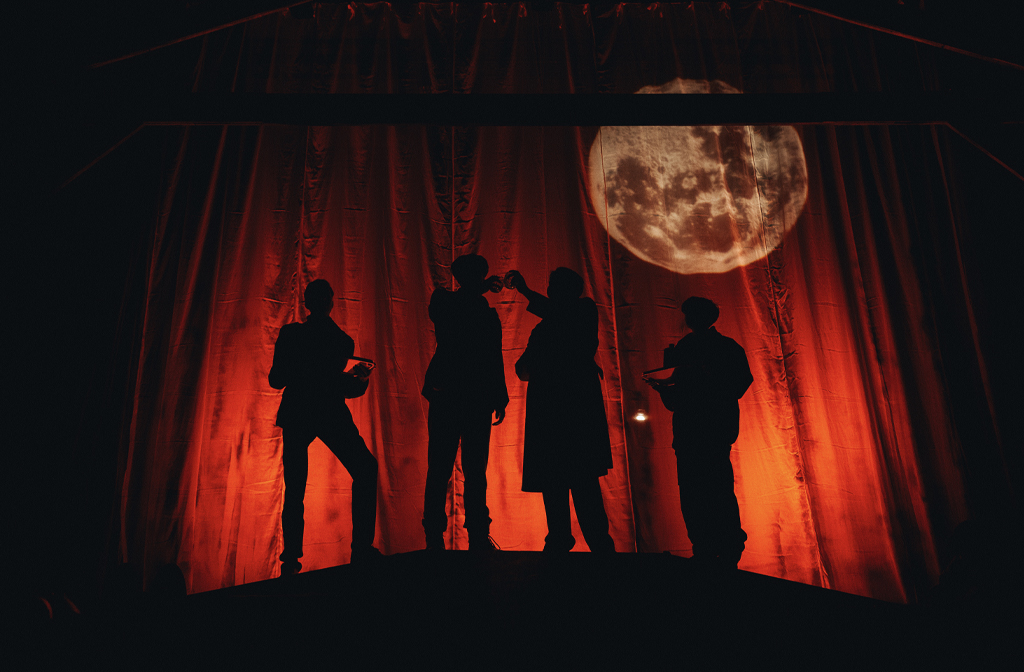 76 years since it was first published, a packed house at the Quarry Theatre were treated to a poignant production by boys from Bedford School of George Orwell’s ‘Animal Farm’ last week.

The story follows the animals of Manor Farm, who banish their farmer Mr Jones (Sam Maling) after being told by Old Major (Dylan Swain), a wise old boar, of a dream where the animals are equal and control their own lives.

It all sounds rather pleasant initially. The animals work hard, production is up and all are treated equally. They even rename their home Animal Farm in honour of their cooperative.

However, reflecting events leading up to the 1917 Russian revolution, what plays out is a warning from Orwell that ‘those in power usually manipulate language to their own benefit.’

Following Old Major’s death, and subsequent revolution, the pigs take charge as the ‘brains’ of the farm.

A power struggle between the pigs soon sees Napolean banish the more moderate and academic Snowball, leaving Napolean unhindered in his own dictatorial plans.

The animals blindly follow their new leaders, holding on to the hope of the brighter future promised before the revolution, despite longer working days and smaller food rations.

The pigs, of course, keep the best food for themselves to “feed their brains” and even pass decrees allowing them to sleep in beds and get up later than the others.

Hundal’s performance of Napolean was brilliantly understated, adding to the way the character coldly plotted his plans for power. I even found myself believing his intentions were pure, despite knowing where the story ends.

The rest of the audience too seemed to join with the workers in being sucked into the pigs’ lies.

Older generations, who may already know the story well, on the edge of their seats alongside those who were perhaps witnessing it for the first time.

However, while Napolean continued with his plans, what really stood out for me was the propaganda machine Squealer, superbly portrayed by Millan Verwoert.

For me, Squealer stole the show. His constant slimy manner, more akin to a weasel or snake than the personified pig he represented, added to the malevolence of the pigs’ plans.

Always watching and listening, ready to counter any questions or confusion by the animals, helping to promote Napolean’s leadership as a burden, a sacrifice for all, constantly changing reality.

His military combat ‘uniform’ added weight to the power and danger of his weaponised words, even changing the Animalism commandments making the pigs “more equal than others.”

As the story continues, horse Boxer (Luca Moretto), who ultimately represents the blind faith of the uneducated workers, is injured while building a windmill as a show of strength of the new order.

Thinking he’s being taken to the hospital, the pigs sell him for slaughter, Squealer quickly suppressing any rumour of Boxer’s true fate.

Despite the obvious difference between Old Major’s dreams of animal utopia and the animals’ sad reality, the workers accept what’s being told to them and continue to blindly follow.

Even Clover (Louis Cooke), Boxer’s companion, seems confused as to whether things really are better than before, but she becomes an unwitting propaganda machine herself as young sheep revel in her tales of the heroes of the glorious revolution.

As the young sheep, with no experience of life before, cheer, we see Napolean brokering a deal with humans for the goods the animals produce and he announces the farm will once again be called Manor Farm.

Orwell’s classic seems just as fitting today as it did when warning of the possible spread of communism in the 1940s.

Even in a free and democratic society, we only need to turn on the TV or browse our social media feeds to see Squealer’s propaganda machine working to dispense fake news.

It’s for that reason Antoinette Keylock, the production director and head of academic drama Head of creative arts at Bedford School, chose this play and Ian Woodridge’s adaptation.

“It’s difficult to do Orwell justice,” she said, “this adaptation is authentic and true to the essence of Orwell’s novel.

“There are surveillance cameras on street corners more than ever, people watching everyone, rules and regulations and statistics being thrown at you.

“We talked a lot about that in rehearsal about the aspect of propaganda and blinding us with science, and in the light of the pandemic there’s been a lot of that, so the cast was very keen to bring this tale to life in the 21st century.”

And that, in its simplest form, is what makes the tale so timeless. Like Boxer, it’s easy for society to blindly follow the leader without question.

“He’s so keen to stand by his morals and principles,” adds Antoinette, “yet the dramatic irony is the audience can see really see how foolish he is.

“What is really important about this adaptation is that the audience starts to believe what the characters believe and then the rug is pulled from beneath you and history is rewritten.

“The final scene encompasses the fact that things haven’t changed at all, albeit with a more totalitarian leadership.”

Headmaster at Bedford School, James Hodgson, agrees, “Orwell’s Animal Farm remains as relevant today as ever. It is a story that offers pupils an insight into the power of demagoguery and trust between governments and the people they govern.

“Theatre, like history and literature, more widely offers an excellent way to engage with all manner of societal issues in an unthreatening way. It allows pupils to view and consider differing standpoints and challenge preconceived ideas.

“I am sure that the boys who took part in this project have had their minds opened by it: and it certainly made for a powerful performance on the night.”

Special mention must be made to the set designers and builders, who created an almost immersive experience with the cowshed.

The live orchestra too delivered a score that added to the atmosphere throughout, adding delight or peril to excellent effect.

All in all a team of 50 staff and students were behind the production, “a true team effort” said one of them, as if to suggest some of Old Major’s dreams did come true.

Transparency statement: the reviewer has a personal connection to Bedford School 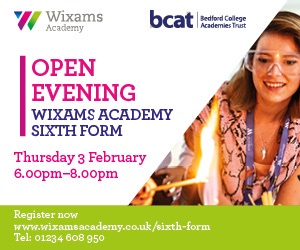