Chart-topping Tom Grennan returned to Esquires last weekend for the first of his homecoming gigs. We asked self-confessed superfan, Stuart Freer, to write a Clanger review:

Bedford’s number-one album-selling artist returned to Esquires where, as he described mid-show, he was once slung out down the back stairs for being a lippy teenager… Only to return in the coming years as a performer. History made.

Last Saturday (31 July), he returned to Esquires for a homecoming gig with a number one album under his belt and further success destined following his collaboration with dance music legend Calvin Harris.

Tom’s gig at Esquires was a watershed moment for everyone involved; it was one of his first gigs in front of a capacity crowd since the Covid and Tom’s loyal fans embraced the newfound freedom to see live music again.

It was truly a liberating experience to be back at the home of indie music. 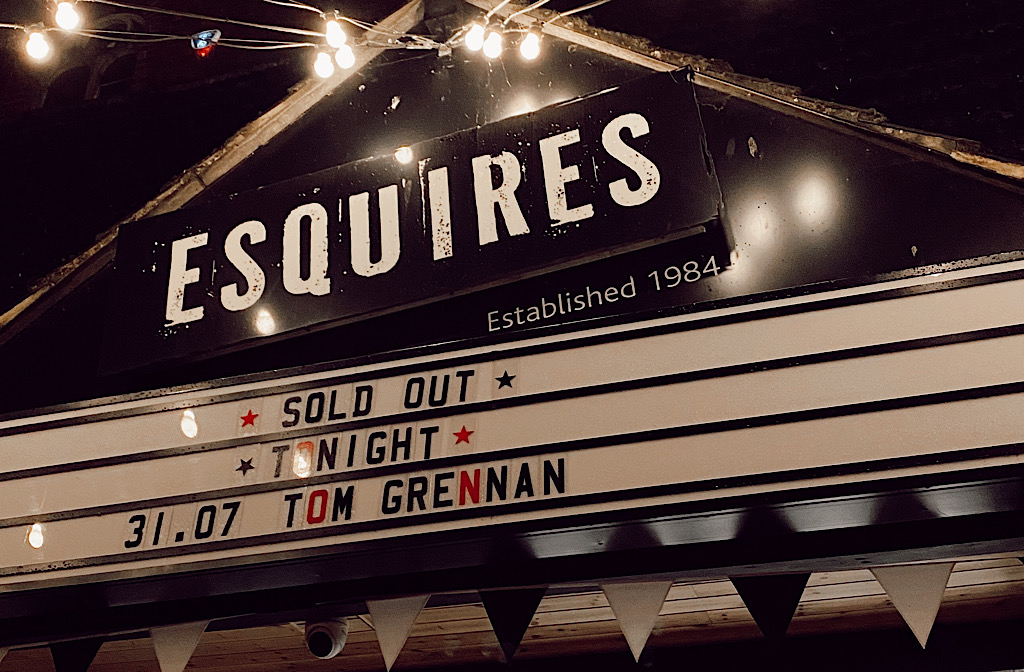 Tom has clearly grown as a performer since I first saw him in 2018. I felt at times he was a little bit of a rabbit in the headlights in the early days with his charisma and adrenaline carrying him through. This show was mature and solid.

His first album, Lighting Matches, reached number five in the UK and his second, Evering Road, stormed to the top of the charts. With this success has come a growth in his confidence which was noticeable in every song.

It was a wonderfully mixed crowd of teenagers with parents, die hard new-mods; Generations X, Y and Z all under one roof, if you like.

Ahead of his UK tour Tom played a number of tracks from Evering Road but If Only was conspicuous by its absence. I will look forward to seeing him perform that at Ally Pally in the autumn.

Tom in 2021 sauntered onto that legendary Esquires stage and owned his home town. A proud Bedfordian came home and home welcomed him back with open arms.

If you have tickets for his mid-August shows, you are in for a great time, least not for some much needed normality at our town’s best music venue.

Previous articleBedford Flea is back this Sunday with a bumper market and some special guests
Next articleTheatre: Where to Belong comes to the Place this September